Featuring a square shape for the first time, a slenderer case with more streamlined and precious proportions, three new versions of the Classics Art Déco have been created, combining natural mother-of-pearl with diamonds.

Featuring a square shape for the first time, a slenderer case with more streamlined and precious proportions, three new versions of the Classics Art Déco have been created, combining natural mother-of-pearl with diamonds.
T

his timepiece is as discreet as it is long-lasting: launched in 2005, the Classics Art Déco has always been featured among Frederique Constant’s collections since then. Going against the fashion grain, it showed the family house’s spirit of independence: although the trend was towards “oversize” and mixed watches, Frederique Constant extolled a timeless classicism.

A delicate and elegant creation dedicated to women, immediately adopted for its noble appearance, it has gently evolved. With the first model in a barrel shape, a first reinterpretation in 2013 gave it an oval profile. Seven years later, in 2020, it was given a new design where a perfect circle was added to the oval outline.

It is by understanding the length of the path travelled that the stylistic leap the Classics Art Déco is now making can be measured, by featuring its first square shape. However, despite its name, “Classics Art Déco Carrée”, it cheekily plays with the proportions. As its square is not really one at all: to perfectly fit the curve of the wrist, this 15-year old design, slightly lengthens its height to reach 28 mm against a width of 20.7 mm. Perfect proportions whose subtle curvature is highlighted by fine fluting.

In its centre, an engine-turned rectangle emphasises this new profile. The finesse of its engraving is reflected in a natural mother-of-pearl heart, overlaid by two Breguet-style hands. The motion work is of the “stick” type, punctuating the edge of the mother-of-pearl and the guilloché. Each of the three versions shares twelve indexes in Roman numerals driven by a quartz movement, adjustable at three o’clock by a crown inlaid with a blue cabochon which evokes the sparkle of a sapphire.

All features paying an elegant tribute to the sophisticated style of the 1920s, during which the Art Déco movement was in its heyday and when linear and geometrical designs were all the rage. 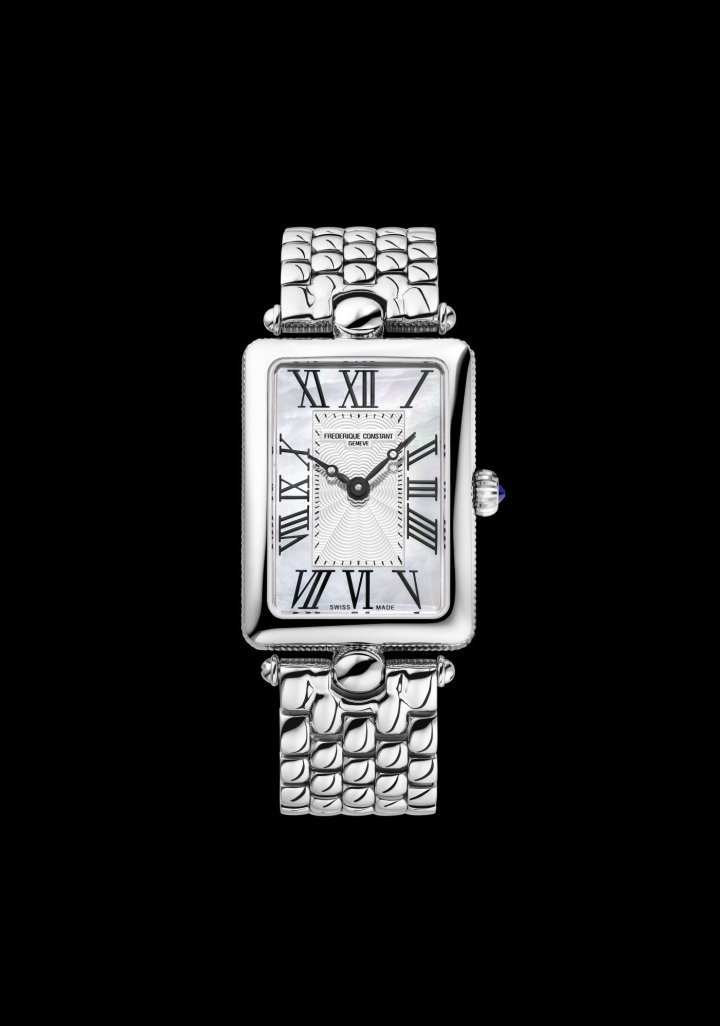 Each of the three versions are projecting a different personality.

Understated and sleek, the first emphasises the polished steel, magnified by a five link “barleycorn” strap to wear in a flexible and modern way, where the term “wristwatch” takes on its full meaning.

The two other versions are worn on a black or blue leather strap whose central fastenings are punctuated with diamonds. In the first version on a black strap, this subtle jewellery is revealed gracefully and elegantly on the case, asserting a precious and unique personality and combining the best of watchmaking and jewellery. 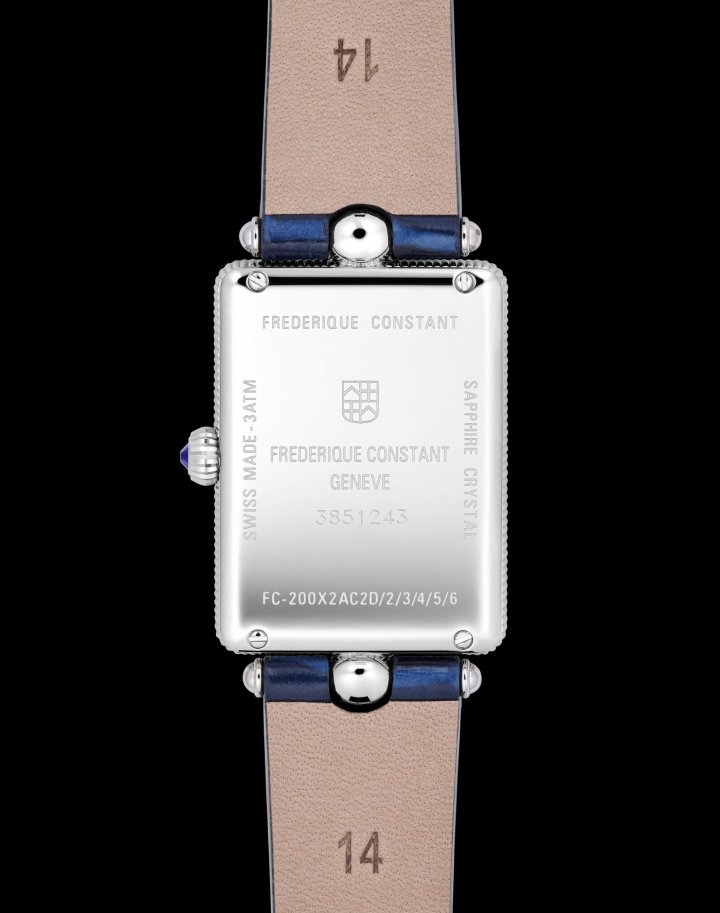