A closer look at the Breitling Navitimer 8 Collection


Under new leadership, the iconic pilot’s watchmaker launches a fresh collection of five models that have one foot grounded in tradition and another foot stepping towards the future.

A closer look at the Breitling Navitimer 8 Collection

Under new leadership, the iconic pilot’s watchmaker launches a fresh collection of five models that have one foot grounded in tradition and another foot stepping towards the future.

Breitling is very well-known for its aviation-inspired chronographs. So we were expecting a lot from the launch of the brand’s latest pilot’s watch collection, the Navitimer 8.

All new releases have some buzz about them, but I noted this one in particular because it is the first major launch by Breitling under the leadership of CEO Georges Kern. Taking over the reigns in the summer of 2017, the former ICW exec had a lot to deliver, considering that his new appointment was among the bigger news stories from the industry last year. 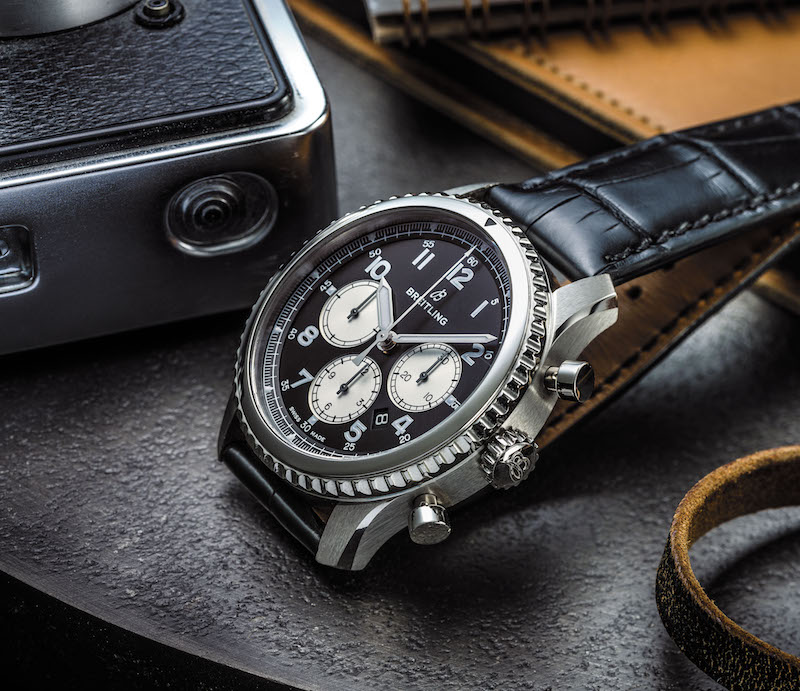 A new CEO often signals a new direction for a brand, so the launch of the Navitimer 8 Collection was highly anticipated. And overall, it delivered.

The idea behind the new Navitimer 8 was to pay tribute to the brand’s past, and also to step into the future. Indeed, the five new models draw heavily on Breitling’s design DNA, inspired by its first board clocks and pilot’s wristwatches. 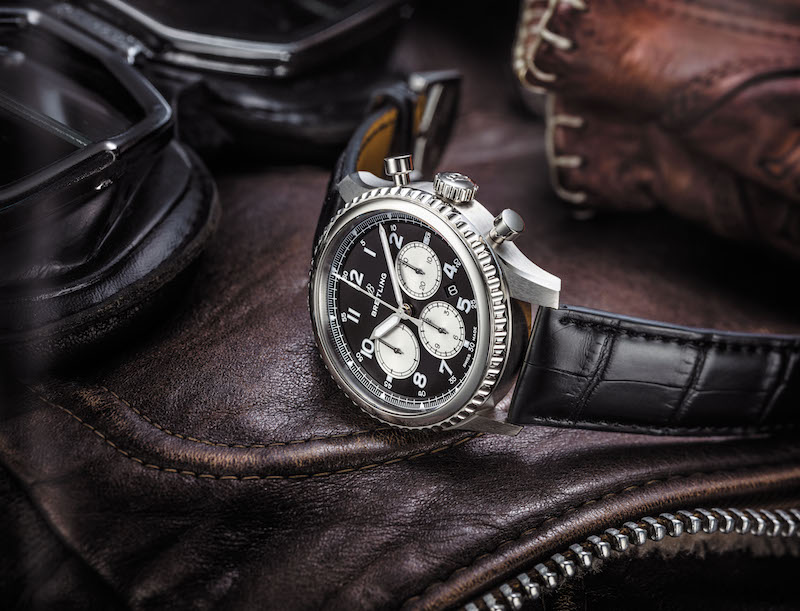 The 8 in the name is also a nod to the Huit Aviation Department, which was set up in 1938 to produce cockpit instruments and pilot’s watches for civilian and military use. Willy Breitling chose the name “Huit” – which is the French word for “eight” - as a reference to the impressive eight-day power reserve offered by his cockpit instruments.

As you might expect, the new watches resurrect some of the design values of the Huit Aviation Department. They include the dials and bezels, the typography of the large luminescent Arabic numerals, and the railway minute tracks, especially evoking Breitling’s iconic pilot’s watch, the Reference 768. 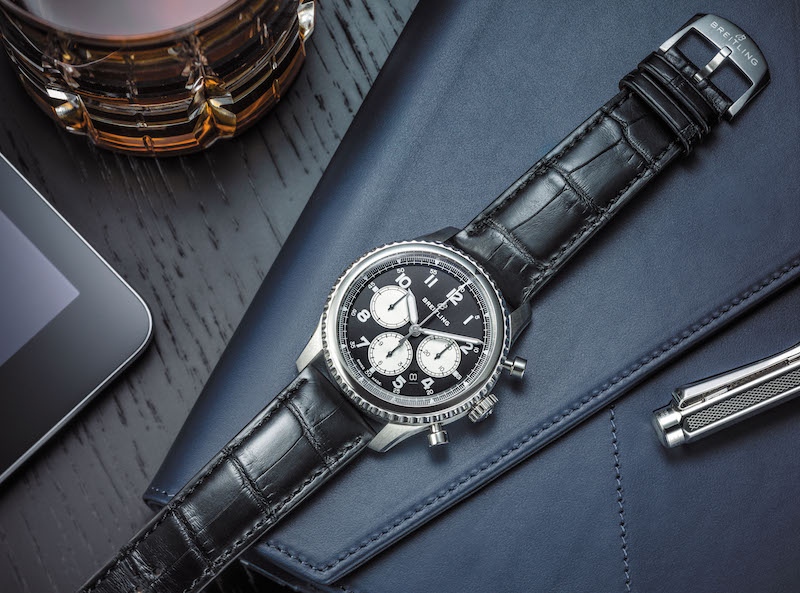 And what would a Breitling watch be without its recognizable rotating bezel, which features a glass rim with a practical pointer. A similar bidirectional rotating bezel also distinguishes the new collection, and the slanted bezel gives the watch a sporty appearance that emphasizes the subtle design.

The collection includes five models, each with varying sizes and complications, meaning that they’ve cast a somewhat wide net on the sporty yet elegant watch market. 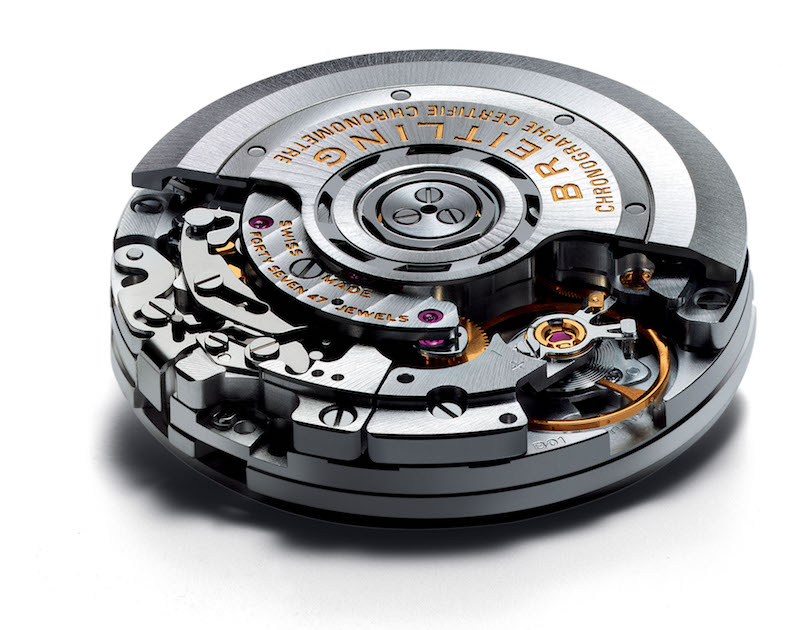 The Navitimer 8 B01 is powered by the in-house Breitling Manufacture Caliber 01, which is the automatic COSC-certified chronometer option. The relatively large 43mm case is not very vintage in size, but its ratchet-wheel chronograph boasts a power reserve of more than 70 hours. It is the flagship model and is available in stainless steel with a black or blue dial, or in 18 k red gold with a bronze dial, each with contrasting subdials.

The automatic Unitime was designed with international travel in mind, featuring a world-time indication through an independent hour hand that can be adjusted with the crown. It is powered by the COSC-certified chronometer Caliber B35, a self-winding movement with bidirectional ball-bearing rotor and two spring barrels that deliver over 70 hours of autonomy. The impressive 43mm watch is available in either black or silver dials. 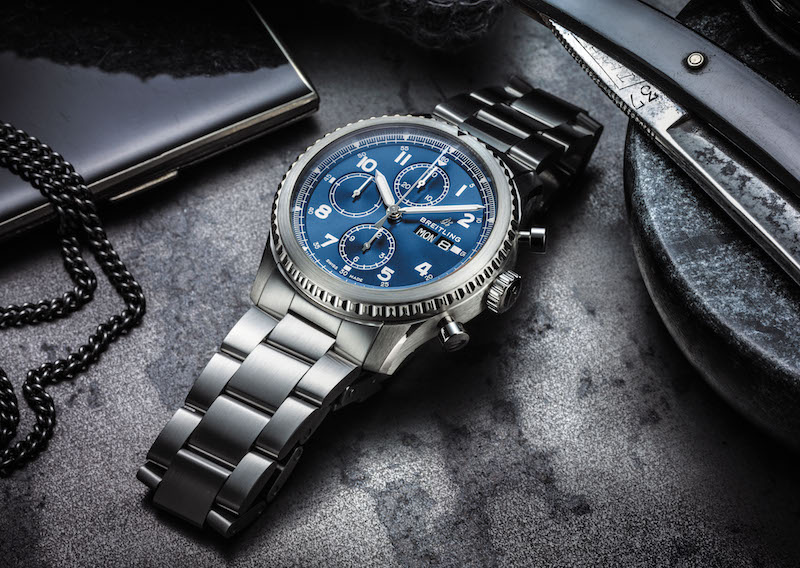 The Navitimer 8 Chronograph is similarly sized, coming in at 43mm, and is available in either stainless steel or DLC-coated steel. On the inside, the Breitling Caliber 13 chronometer automatic movement delivers 42 hours of autonomy.

We also have two models on the smaller and more vintage-inspired side, packaged in 41mm cases. One is the Navitimer 8 Day & Date, which displays the day of the week and the date along a vertical axis on the dial. The automatic Caliber 45 is found on the inside, which offers a modest reserve of about 40 hours. 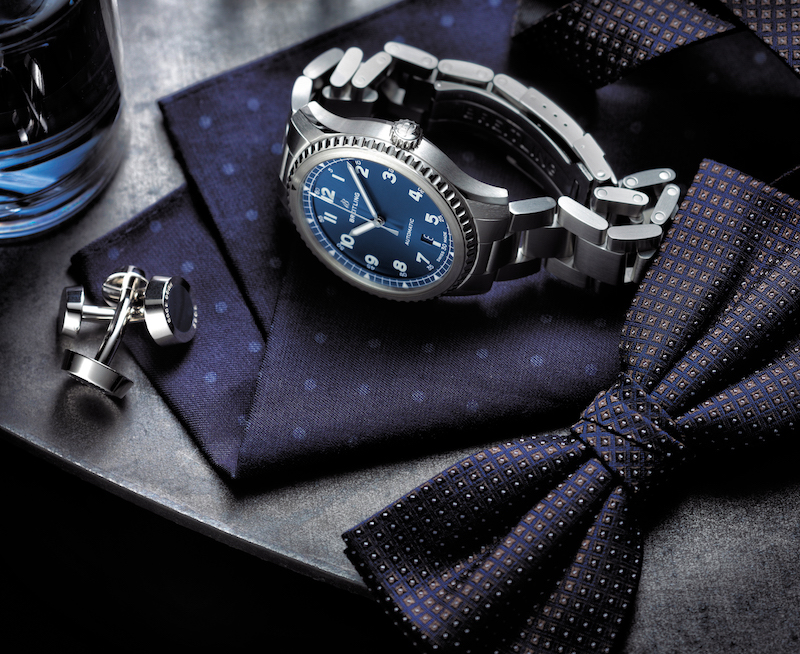 Last but not least is the Navitimer 8 Automatic, which is the most understated model. That’s probably because it is a clear descendant of Breitling’s historic watches from the 1930s and 1940s, as showcased by its eye-catching dial. I prefer it in blue with a leather strap, but it is also available in a black option. Both are powered by the Breitling Caliber 17.

Much to look forward to and see from Breitling at Baselworld 2018 then, and no doubt the Navitimer 8 will be front and centre, along with the man behind it, Georges Kern.