A new name to haute horlogerie, the Swiss brand with roots in jewelry will present its new creations – the Olora and the Alagaro - for the first time at Baselworld 2018.

A new name to haute horlogerie, the Swiss brand with roots in jewelry will present its new creations – the Olora and the Alagaro - for the first time at Baselworld 2018.

Baselworld is a who’s who of watchmaking. Among the big players each year we see several new brands making their debut at the year’s major industry fair.

This year among the rookie watchmakers will be Giberg Haute Horlogerie. Based out of Biel, Switzerland, the brand was created by Andreas Altmann, who made a name for himself in as a gemsetter and goldsmith. It’s no wonder, then, that his new timepieces are designed like works of art. 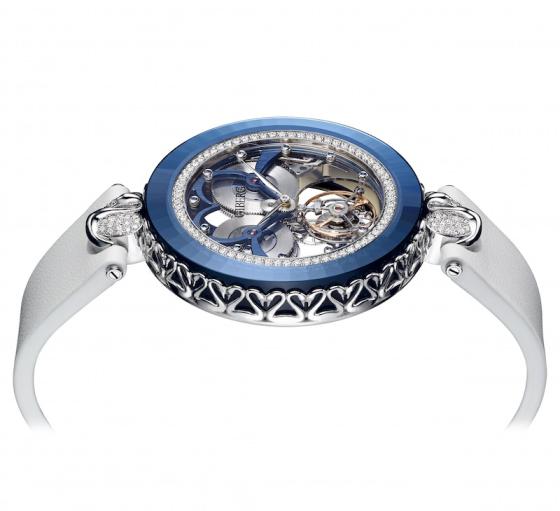 We will see two new lines at Baselworld from Giberg, following the introduction of the brand’s first timepiece, the Niura. Just like the Nuria, the new watches also tick to the tempo of an in-house caliber, the Giberg Flying Tourbillon Trilevis 6118. 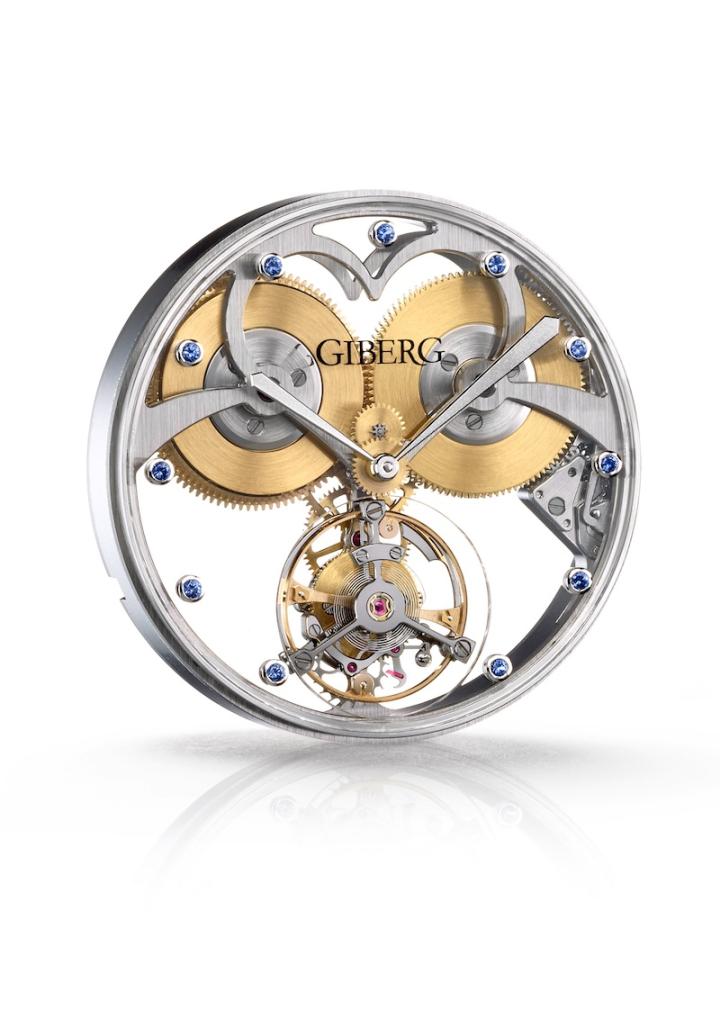 The hand-wound mechanical movement is powered by two barrels, mounted at 2 o’clock and 10 o’clock, and as a result it promises up to 72 hours of autonomy. You should expect to see the movement integrated in future watch models by Giberg as well.

For the time being, the Trilevis 6118 will be running the show for the two new lines, the Olora and the Alagaro. 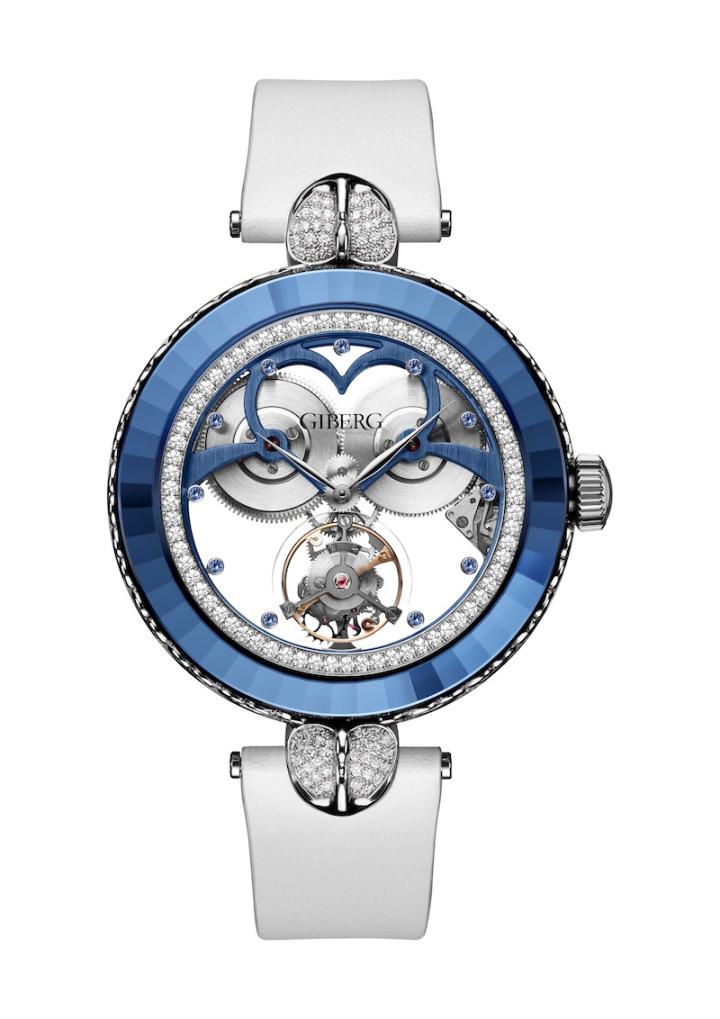 The Olora is the brand’s second women’s watch, after the Nuria, which we have learned is a single original piece that can be custom-made to order.

Along with the impressive movement, the watch is elegant and feminine, no doubt thanks to the 70 brilliant-cut diamonds set in the white gold 40.55mm case. Inspired by the ballet Swan Lake, the case middle is also decorated with a flock of hand-sculpted swans. 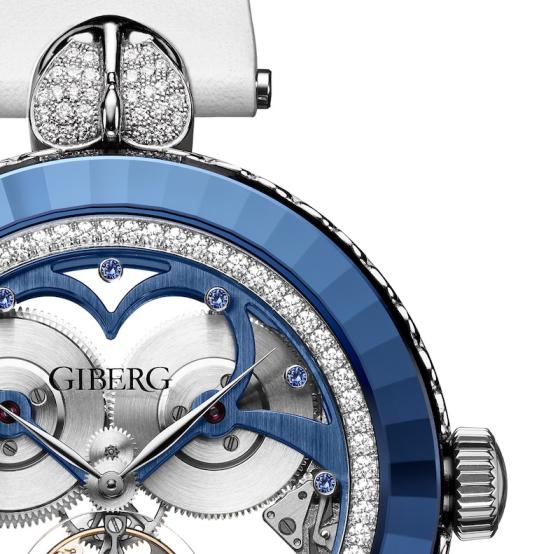 The other novelty is the Alagaro line, which just happens to be the brand’s first men’s watch. Once again, we get high precision timekeeping thanks to the Trilevis 6118 manufacture caliber with a flying tourbillon at 6 o’clock. The movement is nestled into a 42.7mm diameter yellow gold case. 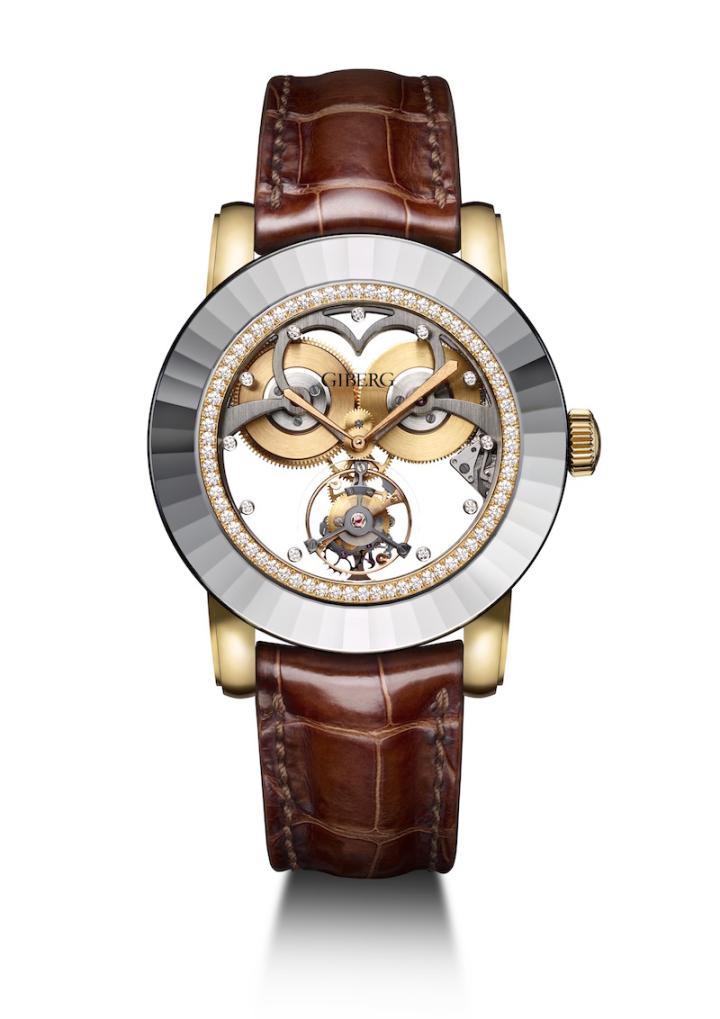 This men’s watch is also quite flashy, with a diamond hour-marker at 11 o’clock and a cluster of around 70 diamonds set in the case. Like with its sister watch, the Alagora is created as an original piece that can also be made to order. 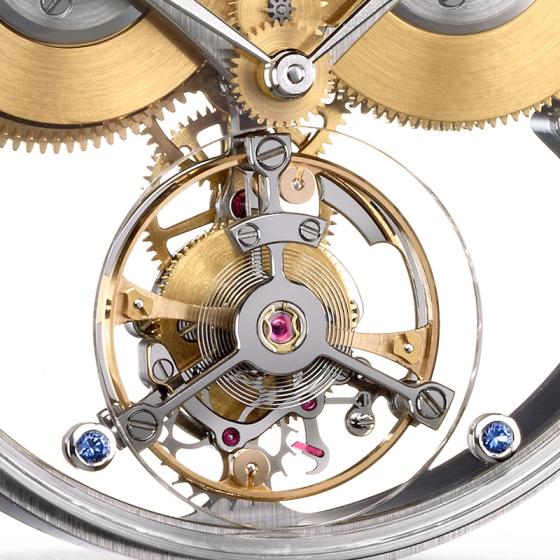 As far as beginnings go, presenting a new movement – a tourbillon no less – and both women’s and men’s watches indicates a strong start for Giberg. The quality appears to be there, and I’m looking forward to discovering how they fare in terms of quantity and competitiveness.