The first collaboration between the British motoring giant and the Swiss luxury watchmaker is unveiled at the Geneva Motor Show. It’s all about performance and “brutal” design, and comes with an equally brutal price.

The first collaboration between the British motoring giant and the Swiss luxury watchmaker is unveiled at the Geneva Motor Show. It’s all about performance and “brutal” design, and comes with an equally brutal price.

Walking around certain parts of Geneva recently you might have been confronted with sporadic swarms of people trying to catch a shuttle bus. To where? Well, the Swiss city is host to one of the largest motor shows in the world. You might say the equivalent of what Baselworld is to the watch industry.

The reason why we’re talking about the Geneva International Motor Show and not Baselworld today is because of automotive giant McLaren and luxury watchmaker Richard Mille. The two brands entered into a strategic partnership last year, and they have officially launched the first product of their collaboration. 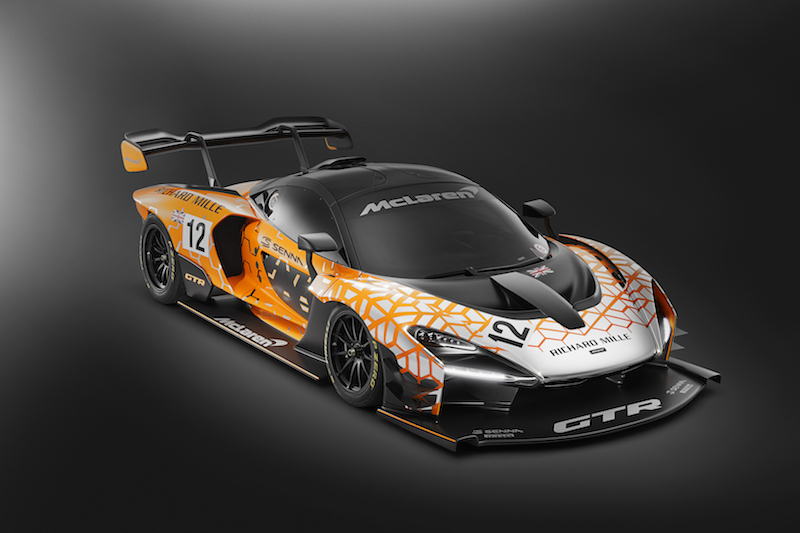 It’s called the RM 11-03 McLaren Automatic Flyback Chronograph, and it is limited to just 500 pieces. Specifically, the new timepiece is the result of a combined effort by McLaren Design Director Rob Melville and Richard Mille Engineer Fabrice Namura.

The new watch is mad any way you look at it.

First is the price: 180,000 Swiss francs plus tax. To put that into perspective, the watch design is inspired by the the McLaren 720S supercar, which can be purchased for about 280,000 Swiss francs. The price of the watch somehow makes the car seem like a steal! 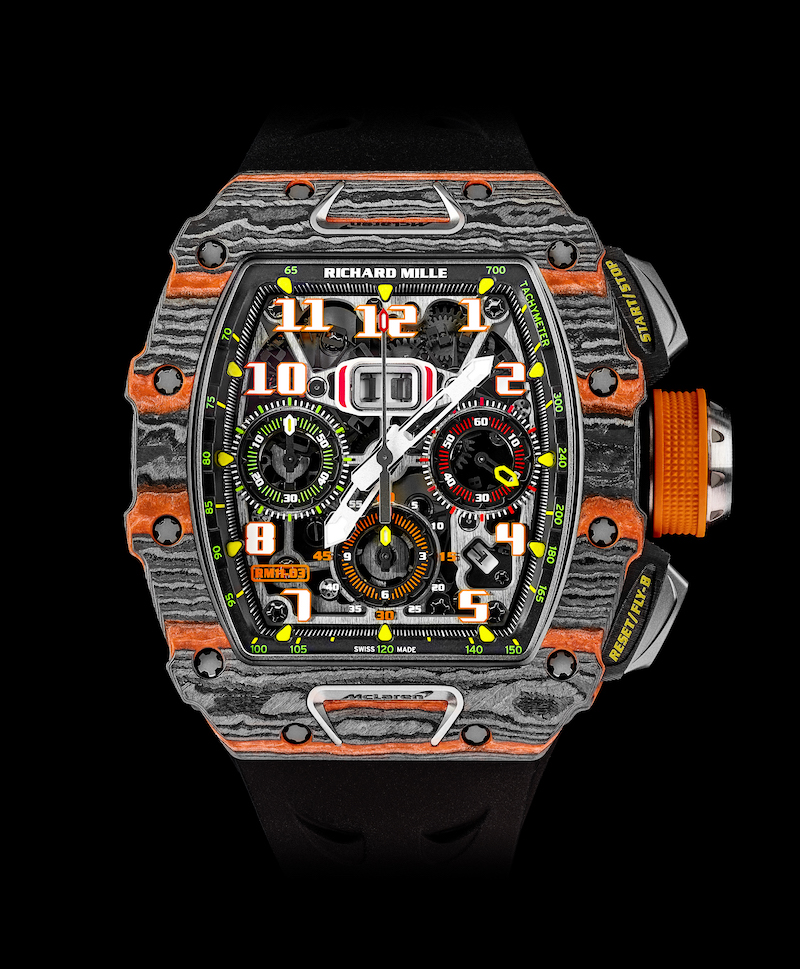 But I assume none of us will have to worry about those prices too much. For the time being, the watch is only available to those that have also purchased the new McLaren Ultimate Series model. The car’s design has been described as “brutal”, which makes sense given that it is the closest you can come to a proper race car that is also street legal. 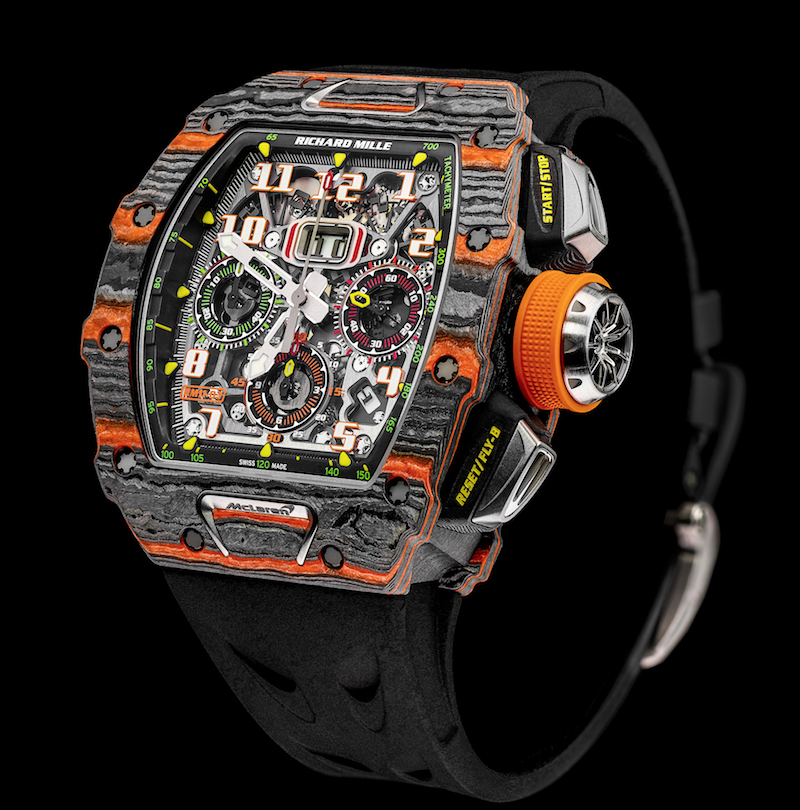 The design of the RM 11-03 McLaren also demonstrates some of that same brutality in terms of design. It is made of Carbon TPT interlaced with Orange Quartz TPT, resulting in a very resistant and light-weight case. The colourway pays tribute to the classic look of the McLaren brand.

The titanium pushers echo the design of the distinctive headlights of the McLaren 720S car, while the titanium crown is shaped like a McLaren lightweight wheel. 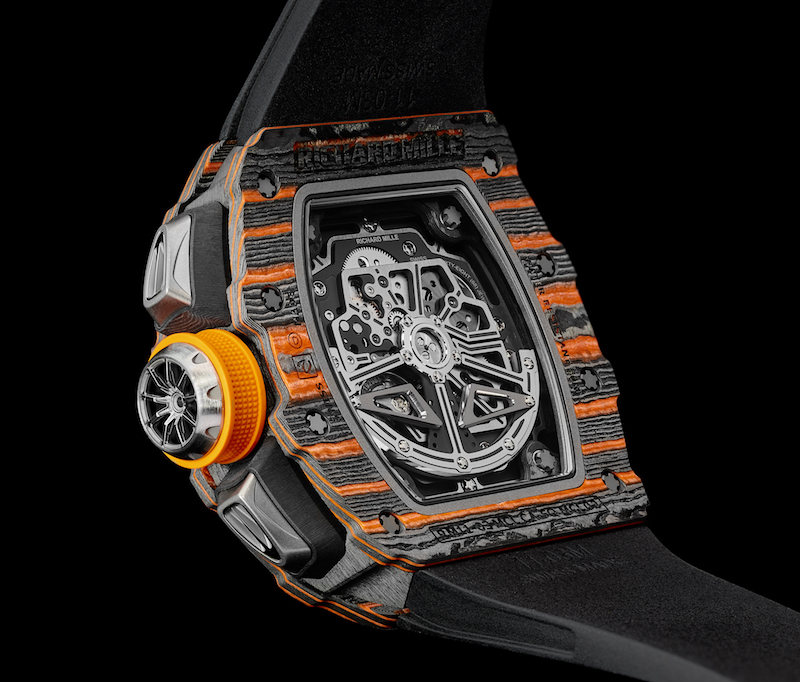 Under the hood: automatic RMAC3 calibre

Under the hood, the watch is powered by the automatic RMAC3 calibre. It was first launched in 2016 and features a flyback chronograph allowing for an instant return of the counter to zero to quickly restart the stopwatch function.

The movement has a 55-hour power reserve thanks to two barrels mounted in parallel and a balance wheel with variable inertia. Another noteworthy feature is the variable-geometry rotor that enables the winding to be adjusted to the wearer’s activity level. 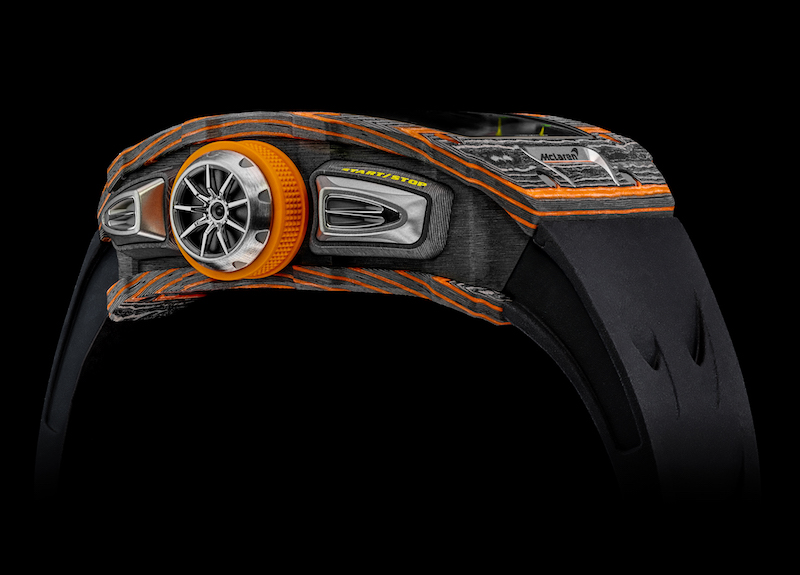 The baseplate and bridges of the movement are made of PVD-treated grade 5 titanium and add more depth to the calibre and focuses attention on the annual calendar and oversized date, as well as the 12-hour chronograph and countdown counters.

Overall, the new watch is a fitting first for the collaboration between Richard Mille and McLaren. It’s all about performance at the high end, and it comes with a price to match.

I just wonder how many of the original McLaren Ultimate Series model owners will pony up the extra 180,000 Swiss francs for this timepiece, and by extension, how many will be left for the public to get their hands on.