Sporting new black dials, the latest from the Overseas collection – including an automatic and chronograph model - make a powerful statement, both in style and in the brand’s intentions.

Sporting new black dials, the latest from the Overseas collection – including an automatic and chronograph model - make a powerful statement, both in style and in the brand’s intentions.

Sports watches seem to ubiquitous these days, but their popularity – at least as far as luxury sport watches in stainless steel go – is relatively recent. About four decades ago, we saw various brands jump in the game, with the most prominent probably being the Audemars Piguet Royal Oak.

In a rare move, Vacheron Constantin also released its first Overseas model during that same period. Credited to a young Jorg Hysek, the high-end steel watch was something special to come out of the Geneva-based watchmaker, and not just because it was a well-designed piece. Believe it or not, that was the brand’s very first sports watch. 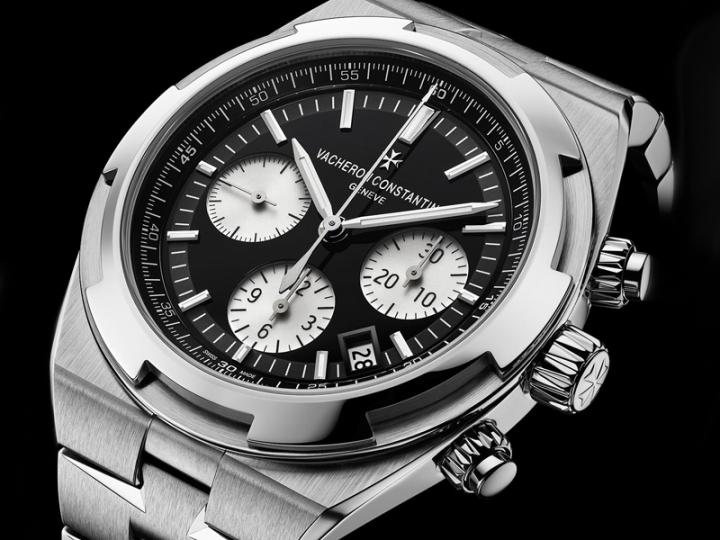 Since then, Vacheron Constantin has flirted with the Overseas collection. In the mid-1990s it looked like the brand was making a real effort to promote its sports watch, but there was not much in terms of follow up.

Not until 2016, when the manufacture revisited the design and released a new generation of the Overseas with blue dials, apparently to evoke the power of the sea.

A few short years later, 2018 brings us something new from the collection, notably focused on a new back dial with a distinctive case design and six-sided bezel. 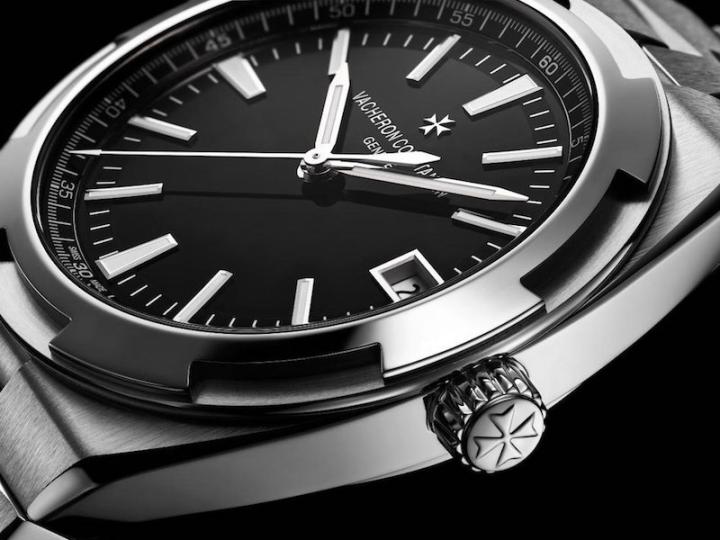 The new Overseas comes in two versions: a pared-down three-hand watch with date, and a chronograph. The former model (reference 4500V/110A-B483) is packaged in a well-sized 41mm stainless steel case and is powered by the manufacture calibre 5100. The automatic movement delivers 60 hours of power reserve.

The chronograph version (reference 5500V/110A-B481), on the other hand, has a bit more personality, thanks to its reverse “panda dial”. Inspired by 1960s watches dedicated to motorsports, the black lacquer dial is offset nicely by the three silver-toned counters. 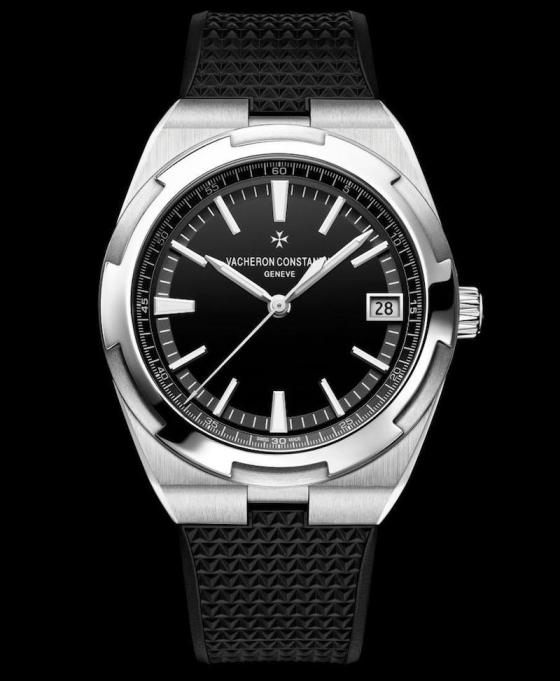 That model is powered by the self-winding calibre 5200, whose 22K oscillating weight has been adorned with a windrose. The twin-barrel movement promises 52 hours of power reserve and is equipped with a column-wheel driving the chronograph start, stop and reset functions.

The new models also come with interchangeable bracelets or straps, which immediately makes the Overseas a more versatile watch. This concept was (surprisingly) only adopted by Vacheron Constantin two years ago.

It now gives customers the option between a metal bracelet made of links forming half Maltese crosses for a more casual look, or a strap option in either leather for a dressier look, or in rubber for a sportier feel. 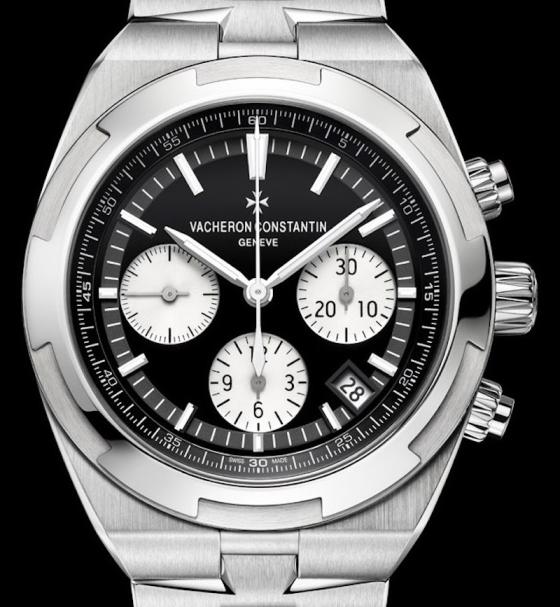 Overall, the two new models of the Overseas collection are welcome additions, not least because they are powerful looking watches that now benefit from an added degree of versatility. Perhaps more importantly, it’s encouraging to see Vacheron Constantin devote more attention to its sport watches.