This week in the news, Omega revisits its past, Ulysse Nardin celebrates America, Swiss researchers develop watch components from diamonds, and Fossil shows us the colour of autumn.

This week in the news, Omega revisits its past, Ulysse Nardin celebrates America, Swiss researchers develop watch components from diamonds, and Fossil shows us the colour of autumn.

Omega revisits its past with Wrist-Chronograph Limited Edition

Omega, too, is jumping on the vintage bandwagon. Rather than its fans trying to hunt down a pristine vintage Omega timekeeper on their own, they will now have an opportunity to own one of 18 very special timepieces.

After raiding its own museum vaults, Omega has refurbished 18 original CHRO movements from 1913. They were used in one of the world’s first wrist-chronographs, which was a big deal for the industry at that time. 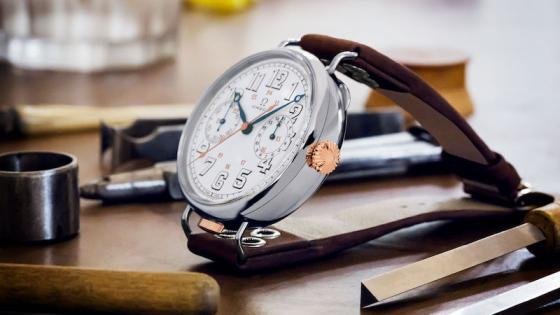 Those movements have now been housed in a 47.5mm case made of 18k white gold, paired nicely with an elegant white enamel dial. It sports an easy-to-read design that was popular with aviators during World War I, in large part thanks to its 15-minute counter.

The special collection looks great indeed. It’s just too bad the prices don’t reflect the World War I times. Each piece is retailing for a staggering 130,000 Swiss francs.

There’s been a lot of talk recently about the use of new materials in the watch industry, and here’s another example.

Researchers at a Swiss University have developed a new technique to create micromechanical systems that may be used in the watch industry. More precisely, they have created a 3mm diameter escapement wheel and anchor, carved out of a synthetic diamond. 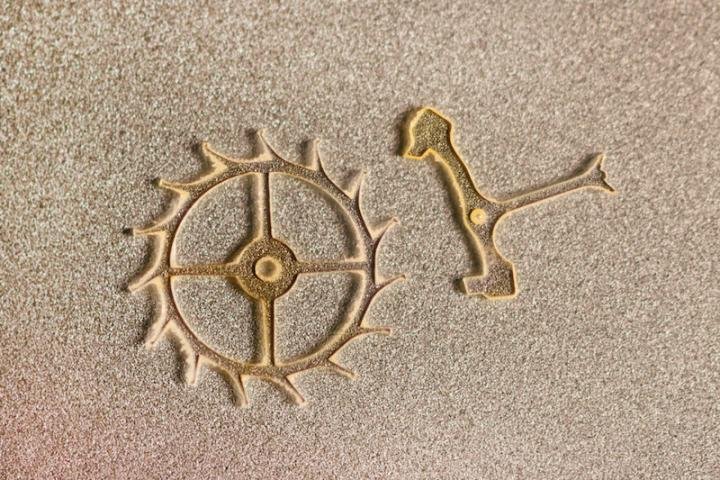 Made of diamond, this escapement wheel measures 3mm across

Diamonds are not foreign to luxury watches. But they are usually used to adorn a dial or bezel, not as mechanical components. As it turns out, being very hard and anti-magnetic, diamonds are ideal for many mechanical and optical applications as well.

It’s still too early to tell what the concrete implications of this innovation will be. Early guesses suggest that because diamond can reduce mechanical friction and is anti-magnetic, its use could help improve the power reserve of movements.

The research team is already in talks with an unnamed Swiss watch company about the new, patented technology. Stay tuned.

Trump jokes aside, the United States of America celebrated another year of independence on the 4th of July. To mark the occasion Ulysse Nardin launched a special edition of its Executive Tourbillon: the “Stars and Stripes”. 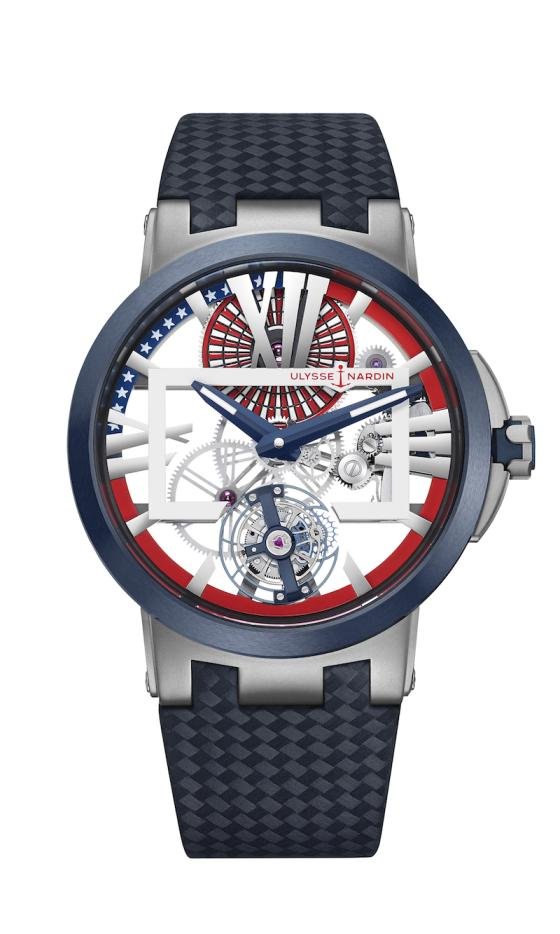 The Swiss watchmaker has longstanding ties with the United States Navy, supplying their torpedo boats with instruments for decades.

Thankfully the brand opted for a “stars and stripes” motif over the military hardware for the design of the commemorative wristwatch. 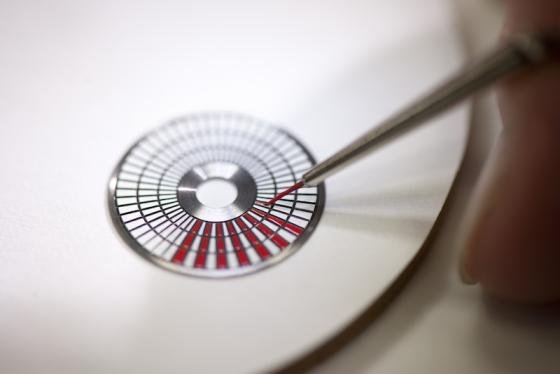 Limited to a series of 50 pieces - one for each state - the watch sports an open-worked UN-171 movement boasting almost 7 days power reserve and a beautifully micro-painted dial.

All kinds of green for Fossil

In presenting its new autumn collection, which will be available at the end of July, the Fossil Group has hinted at the season’s next colour fad. And it’s all kinds of shades of green. 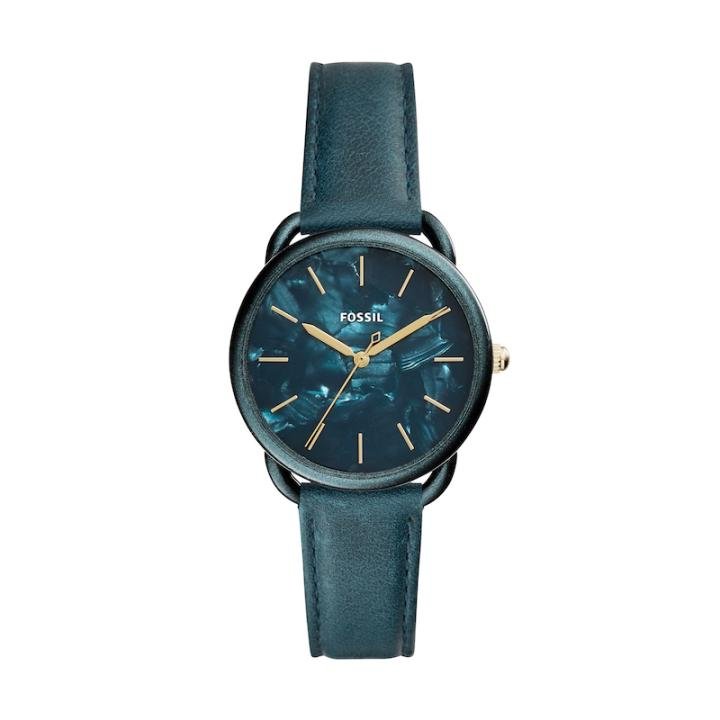 A great example is Fossil’s Tailor women’s watch, which sports various shades and textures of green across the strap, case, and dial. The gold coloured indices and hands are a unique pairing choice and add the necessary contrast to enhance readability. 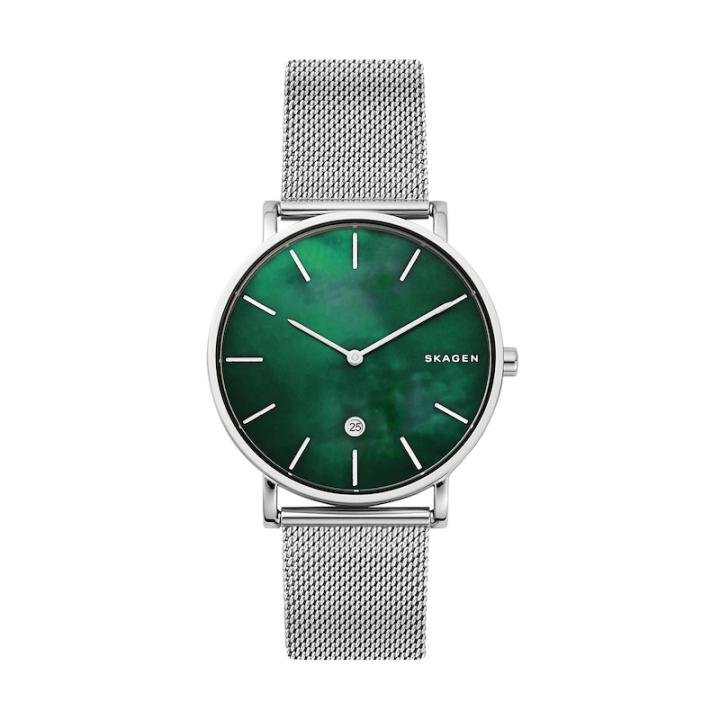 The trend continues with other brands of the Fossil Group, including the Skagen Hagen men’s watch. Paired with a steel mesh strap, its green dial looks as if you are peering into the depths of the sea.

Expect to see more green in the autumn collections of other watch brands as well.