In partnership with eBay, we’re presenting a series of portraits of watch collectors, to give an idea of how diverse their interests can be. In this new episode, New York-based collector Gregory Wirtz shares his horological journey.

In partnership with eBay, we’re presenting a series of portraits of watch collectors, to give an idea of how diverse their interests can be. In this new episode, New York-based collector Gregory Wirtz shares his horological journey.
N

ow in charge of the New York chapter of RedBar, a club that brings together watch enthusiasts based all around the world, Gregory Wirtz began collecting watches in earnest right after he finished law school. “I have always been fascinated by three things: mechanics, history and design. Watchmaking has the advantage of combining these three passions in one single object,” he says.

Today, aged 40, he remembers his first watch well: a Timex Ironman. Like many teenagers, he bought a few other models, including a G-Shock and fashion watches from brands like Kenneth Cole. But his true entry into the horological world came in 2007, when he bought his first mechanical watch by Raymond Weil, a leading brand in affordable traditional watchmaking. 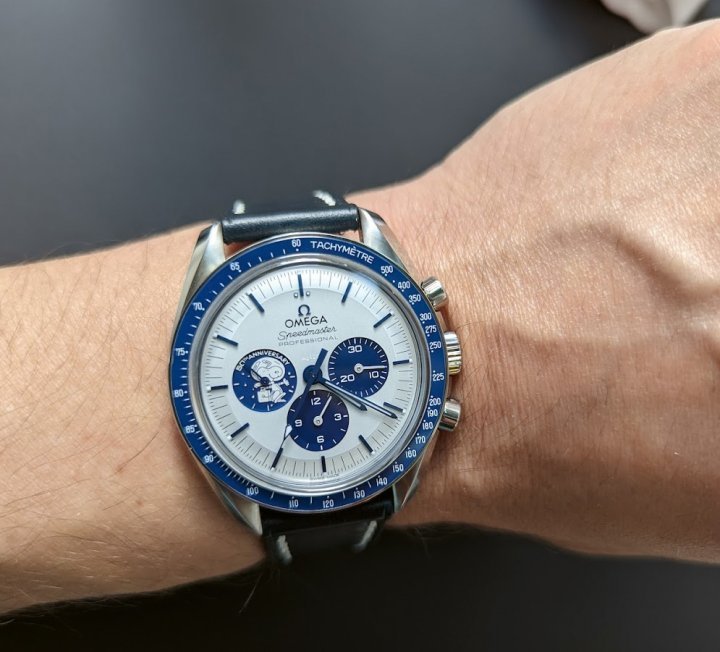 From that moment on, he never left the watchmaking forums, which were experiencing their golden age. “Then I fell in love with Omega’s co-axial movement, first through the Seamaster Aqua Terra and then the Planet Ocean. Several Seiko models also made their way into my collection. Rather than relying on other people’s opinions, I wanted to make my own judgement: it’s only when you have a watch on your wrist that you can really assess its character!” 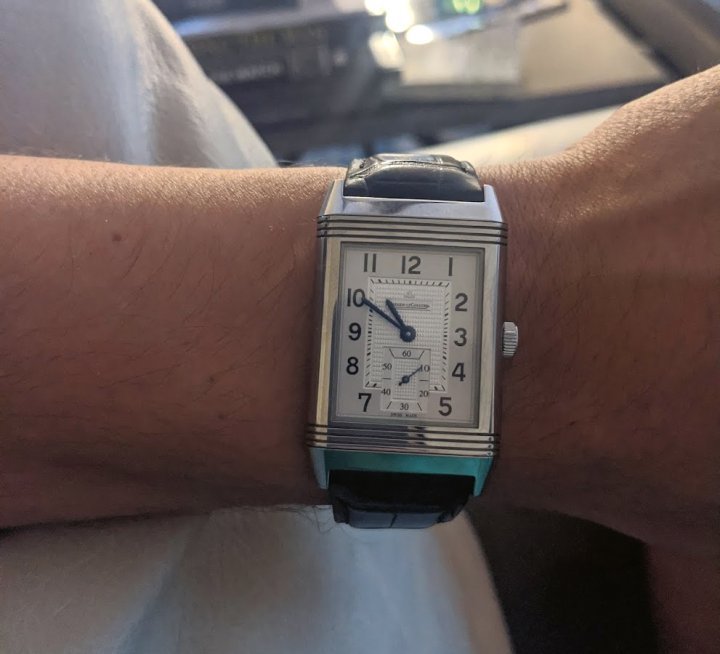 Wedding with a Reverso

But his greatest “love at first sight” moment (in the horological sense) was for the legendary Reverso by Jaeger-LeCoultre. One day, while having lunch with his fiancée, he saw a Grande Reverso Duo Day & Night on the wrist of one of the guests in the restaurant. The temptation was too strong, and he plucked up the courage to ask for a closer look. And he found himself trying it on. “Since the case seemed rather large, I didn’t think it would fit me, but it was perfect,” he recalls.

Won over by his obvious enthusiasm, his fiancée urged him to find the model of his dreams. He finally opted for a Grande Reverso 976 with small seconds, which ended up being his wedding present from his fiancée! To this day, he still treasures this model acquired on eBay in 2013 from an Italian seller, as much for its emotional power as for intrinsic value – and it’s easy to understand why.

Honeymoon with a Rolex

His wife had another impact on his horological journey: she gave him an appreciation for Rolex! Gregory Wirtz recounts: “We were on our honeymoon in Hawaii, and I had naturally brought along my Omega and Seiko models, and of course my Reverso. We went into a watch store and my wife said she wanted a Rolex. I, being an Omega guy, was horrified (laughs)! But I wasn’t going to say no when I saw my wife was interested in watches. She chose a Datejust model and I chose an Explorer. So I went through the whole Rolex learning curve and today I own more Rolex models than Omega...” 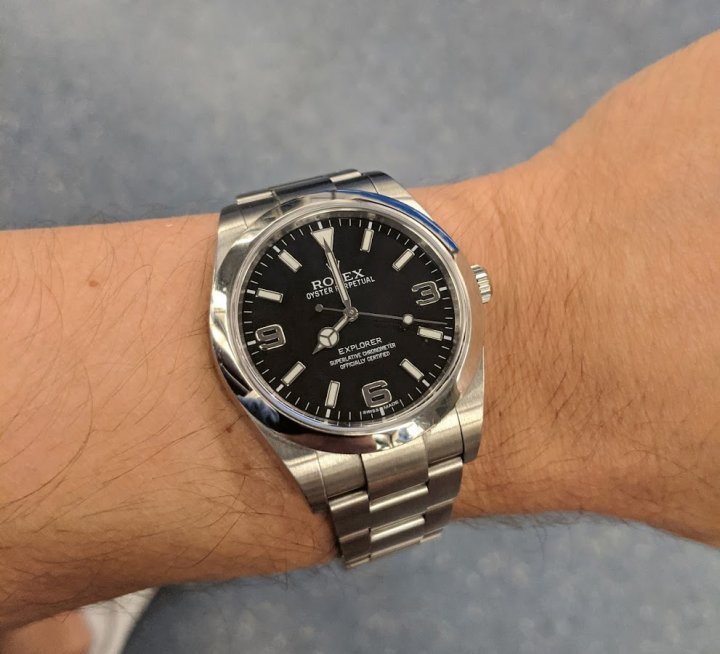 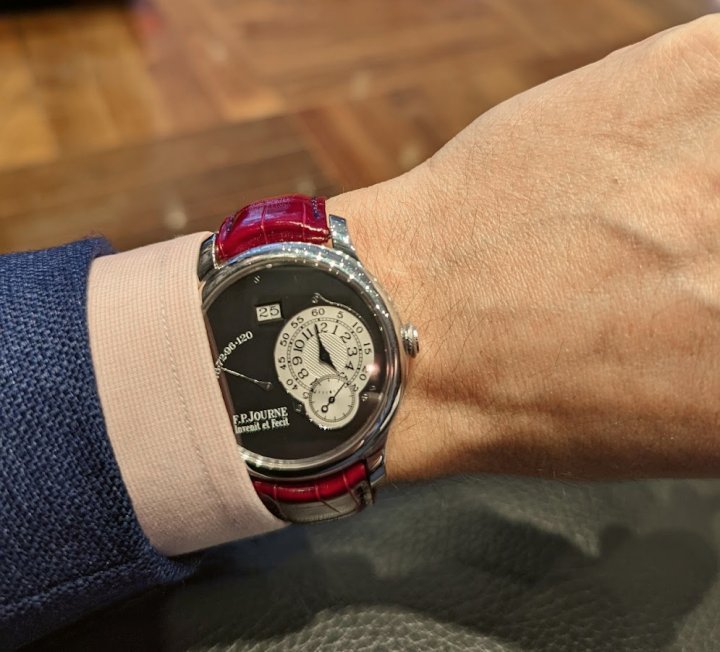 By joining RedBar, he further refined his collector’s eye, discovering the charm of F.P. Journe, whose workshops he had the opportunity to visit during a trip to Geneva. From the master watchmaker, he now owns among others an Octa Réserve de Marche Black Label and has bought an Elégante model for his wife. Like millions of enthusiasts, he continues to buy and sell models on eBay. He is now also targeting rare timepieces from independent watchmakers – his dream watches include creations from Akrivia, Grönefeld and Roger Smith. And as you can guess, for him, watchmaking is primarily an affair of the heart. 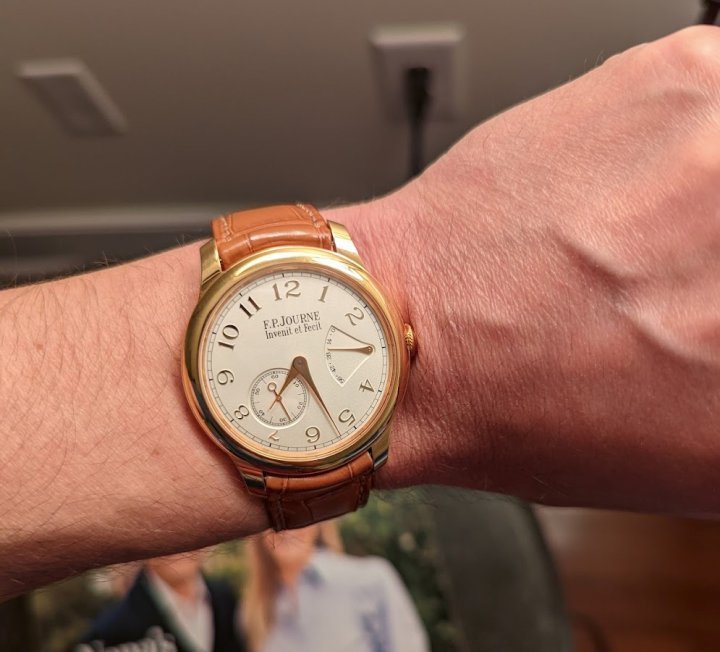 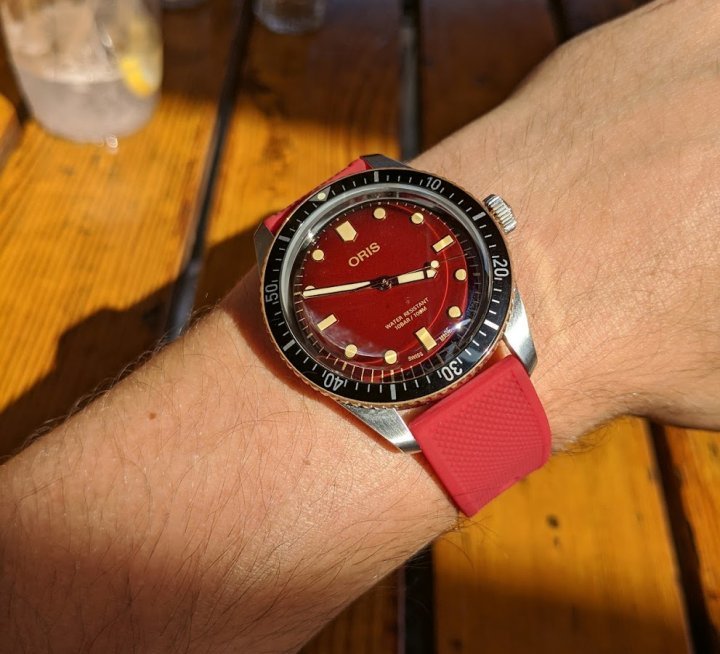