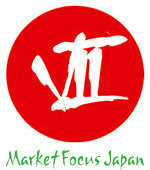 “I arrived in Tokyo in 2000 with the idea that my watches would be well received by the Japanese,” explains the watchmaker François-Paul Journe with a half smile. He came to the land of the rising sun, trusting only in his intuition, without recourse to marketing studies, without having had to formulate a detailed business plan, which is the “privilege of the independent,” he adds, this time with his face breaking into a broad smile. Once in Tokyo, he looked around, with no preconceived ideas, seeking to understand this very particular market and how it functions.

F.-P. Journe (right) with Norio Hattori and a client.

”I came to Japan for the presentation of the Opus One that I made for Harry Winston. Soon I was asked by many stores to provide watches for them. But, I refused all these offers. Still following my intuition, it seemed to me that I had other things to do…. I would open my own store!”
François-Paul Journe researched the boutiques that might be available. He quickly found a partner in the person of Norio Hattori, the former director of the watch division of Harry Winston in Japan and a man well versed in the local market. Together, they created the company ‘Montres Journe Japan KK’ and rapidly located the ideal store.
This intuitive endeavour bore its fruits. The store in question is situated at Minami-Ahoyama, in the Omotesando district of Tokyo, which can be compared a little to the ‘St-Germain des Prés’ area of Paris. It also has the distinct advantage of being the second realisation of the famous architect Tadao Ando, who just happens to have many points in common with Journe. Both are self-taught (very rare in Japan) and both seek to skilfully combine tradition and modernity.
The store opened in 2003 on the first floor of the building but very quickly moved to the street level when space became available. Now Journe has doubled his boutique area, with a large staircase connecting the two parts. Spread over the magnificent 300 square metres are the welcome area, library, showroom, bar, offices, and after-sales service centre.
“But I had misunderstood to a small degree the workings of the market in Japan,” Journe admits frankly. “I thought that the clients would come immediately and spontaneously. I have since learned that the Japanese consumer is a creature of habit, that a certain conformism rules, that they must be reassured of the authenticity of the brand, if you will. In this light, a mono-brand store needs to have an extra measure of authenticity in order to be able to provide the necessary reassurance. On the other hand, all the representatives of the large stores came very soon to ask me to let them carry my watches. Again I refused, preferring to concentrate on building the confidence in my own store. Also, I renounced using the famous Gaishos. They did not correspond to the image of independence that I wanted to get across.”
François-Paul Journe is currently in this phase of his Japanese adventure, which is totally auto-financed, as is everything else the watchmaker undertakes. The enlargement of his store has demonstrated that his entrance into the market is not a flash in the pan but rather an investment in the long term. Moreover, he has received and continues to receive a great deal of support from the specialized press that understands and recognizes his contribution to the art of watchmaking.
The ‘intuition’ of François-Paul Journe seems to be right. The Japanese highly appreciate his watches that have their roots anchored in the tradition of timekeeping but that bring this great heritage into the 21st century. They see absolute quality in his creations, as well as the integrity of a product whose appearance is a direct expression of its contents. The future will tell for sure if Journe did well in following his intuition.


1. The Japanese watch market in convalescence
2. In Japan, Seiko is also positioned in the haut de gamme
3. Citizen – Classic Outside, Hi-Tech Inside
4. The IWC image challenge
5. Girard-Perregaux: the cultural strategy of an independen
6. The exemplary establishment of Hermes in Japan
7. F-P Journe: Listening to intuition!


NEXT...
In the forthcoming weeks, there will be a new Special Market Focus on Italy serialized online.
To obtain a print copy subscribe Now to Europa Star.