Royal Oak, the tree that hides the forest


Royal Oak, the tree that hides the forest

Audemars Piguet is celebrating the fortieth anniversary of the Royal Oak as well as the twentieth anniversary of its “extreme” Offshore version and the twentieth anniversary of the Audemars Piguet Foundation. The emblem of the foundation is an oak tree encircled by the famous octagonal design of the Royal Oak, which also incorporates the equally famous screws, which at the time were considered to be nearly a crime against watchmaking.This contested design, the brainchild of the ingenious and late Gérald Genta, was nonetheless immediately successful, and this success has lasted and has inspired many other examples. This long-lasting appreciation can largely be explained by the fact that there was nothing gratuitous in the watch’s styling when it was launched in 1972. Its design worked in the service of an innovative concept, a concept whose goal was to create a luxury mechanical sports watch crafted in stainless steel (as a reminder, this was three years before the eruption of the “quartz crisis”). In other words, it was a design created to bring together innovation and timekeeping mastery, all while entering into a new arena for watchmaking, the domain of lifestyle. Advertising created for its launch said it all: “A price like that, he teased, and they don’t even hide the screws,” mused a gentleman leaning on the railing of a yacht.The Royal Oak’s success is also due to the enormous adaptability of its design. Over its forty years, versions of the watch have covered the complete range of watch styles: classic, very flat, skeletonised, equipped with complications, and jewel-set, with high jewellery watches at one end of the spectrum and severe, extreme, and ultra-sporty versions at the other end.Yet, at the same time that the watch has made the reputation (and fortune) of Audemars Piguet, the Royal Oak today poses a risk. The large oak branches—don’t they run the risk of overshadowing the brand’s other collections and propositions, of overpowering the brand’s identity? Philippe Merk, CEO of Audemars Piguet, talks to Europa Star about these and other questions.

Philippe Merk: It is possible that the success of the Royal Oak and the extent of its collections may lead some consumers to feel that the name Audemars Piguet is summed up by the Royal Oak—which in itself is not so bad, let’s admit it. And, certainly we must work towards a more precise repositioning of our brand, which is exactly what we are doing at the moment. We are injecting still more watchmaking not only in our products, but also in terms of awareness by the consumer. We want to demonstrate to the consumer, to make them understand, above and beyond the lifestyle and these undeniable successes, that Audemars Piguet is an extraordinary company. It is a complete manufacture, with a mastery over watchmaking skills and great savoir-faire in craftsmanship that has been built up continuously since 1875. It is also, with Renaud & Papi, a research department and a specialised production unit, as well as an incredibly innovative and very high-level incubator. What is more—and this is very important today—Audemars Piguet is also a family-owned brand with a long history of independence, linked to a specific region, the Vallée de Joux, the cradle of watchmaking. You see, there are a lot of different angles of attack and messages to convey.

Europa Star: And all of this is happening as the Royal Oak celebrates its fortieth anniversary…

PhM: During its 40-year history, the Royal Oak has greatly evolved while still maintaining its own identity. This is its strength. And, because it has diverse models, it speaks to very different customers today. All by itself, the Royal Oak has become a tree whose branches will continue to grow.But we must still get the watchmaking message out everywhere. We must speak about our profound authenticity and maintain the core of what is the Royal Oak—an elegant watch with subtle values. Take, for example, the three new models of the 44mm Royal Oak Offshore launched in 2011. Each element has been reworked. The push-pieces have been re-designed to give an additional touch of sophistication. Extreme? Perhaps, but with elegance, sophistication, and many watchmaking details. 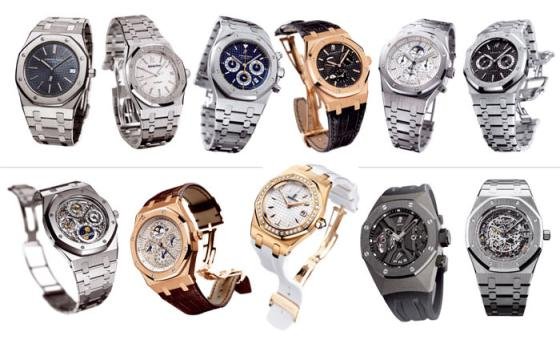 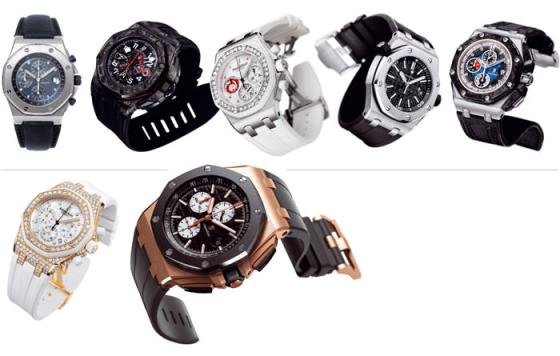 ES: Where are you with the other collections?

PhM: This year, we presented a new Millenary collection that has been very well received by our network, and was launched this autumn into the marketplace. The Millenary 4101 is equipped with a new form movement, the calibre 4101, a very high-level movement, with very good timekeeping, which, with its 12 to 13 bridges, is a small “Venice” of watchmaking in itself. One particularity is that the assortment and escapement are placed on the upper face of the movement, which gives the piece a very spectacular and very horological allure, imbued with great classic elegance. This product also speaks loudly about what Audemars Piguet is and what we are capable of doing.Another of our in-house movements, the 2120 base calibre, an ultra-thin calibre measuring 2.45 mm, equips the new models in the Jules Audemars classic collection. This beautiful collection ranges from an ultra-thin manual-winding movement to a perpetual calendar, and also includes a self-winding small seconds watch, evoking great purity, a tourbillon with big date, date with moon phase, and a dual time zone version. This collection represents the most accomplished expression of our very rigorous watchmaking traditions. As you can see, the spectrum is quite broad.

ES: It is said that Audemars Piguet produces approximately 30,000 timepieces per year. How are you meeting the future challenges regarding supply following the changes in strategy by the Swatch Group and Nivarox?

PhM: I have no particular worries on this subject. We will find solutions, and in fact, we already have solutions, if I might say. We have the necessary network and contacts, although we will remain open while waiting until the situation becomes clearer. I understand the position of the Swatch Group and I have a lot of respect for its enormous industrial investments. We, however, will not be blocked by this decision and the solutions are purely watchmaking ones, I might add, and not micro-technical ones. Moreover, we are investing in many directions and we are going to construct a new factory in Geneva, which will be more particularly involved with cases.

ES: What is happening with the famous Audemars Piguet escapement, presented as a revolutionary solution?

PhM: For the moment, this very high-efficiency movement with a large power reserve is still reserved for very complicated pieces, in the very high-end range. But we are actively working towards its industrialisation, which is not a trivial affair. There are still problems to solve in the process for mass production. It will come in good time.

ES: And in distribution, where the large groups are very active, how does Audemars Piguet—an independent brand, even with a great reputation—manage?

PhM: Audemars Piguet has strong control over its various markets because we are structured into subsidiaries, fifteen in all. For the last few years, we have been—and still are—re-evaluating our network of retailers. The situations vary greatly from one market to another and also depend on our degree of implantation and our historical relationship. Thus they require different responses. The United States, for example, remains traditionally a very important market for us. We are very well established and known there, and it is a market that continues to work well for us. But the world has two speeds. While Asia is booming, Europe is slowing down, as exemplified by Italy, which is an emblematic market that today lacks dynamism. In China, our current challenge is to move into the so-called ”medium-sized” cities, even though they have populations in the millions. We have a subsidiary and after-sales service in the country and we are gradually making investments there, even if the large groups are even more powerful there than elsewhere. Hong Kong is our biggest market and we are seeing strong growth in South America. Mexico is a very good market and Argentina has now become an established market.

ES: You have started, as have many, the policy of having your own stores…

PhM: There are always pros and cons of hurriedly developing one’s own stores, and it is necessary to find the right balance. As independents, our direct and favoured contacts with retailers are central to our strategy. This relationship of trust, both in the past and for the long term, is a precious advantage in the ferocious battle for window space that is happening just about everywhere. Having said that, we have a network of 25 boutiques, of which ten are managed directly by us. Even if the profitability of a store is often difficult to balance, it is important to be able to present the totality of our collections and our identity to consumers, as well as offering them exceptional service. This direct link to the final consumer is precious, especially for the feedback this gives us from the market. We are thus not going to rush to open new stores at any cost. Rather, we are going to reflect upon our key markets and key consumers in order to focus as closely as possible on our needs within our global strategy, where the retailer is never forgotten and where plenty of room is left for us to assert our own profound watchmaking identity.