The rumour did the rounds for a few months: Richard Mille was allegedly for sale. The denial came during the Watches & Wonders exhibition in Hong Kong in September from the founder himself (who personally holds 90 per cent of the company, with the remaining 10 per cent controlled by Audemars Piguet): “This is old news!” Richard Mille confirmed in an interview given to the magazine of the Fondation de la Haute Horlogerie, whilst admitting nevertheless that he “had progressed quite far with the negotiations because there are some offers that it would be criminal not to consider, especially when you consider the long-term future of the brand. But I have to admit that when a dozen ‘specialists’ arrived for the due diligence, I realised that integration within a major group did not correspond at all with the company spirit. I’m not very good at being held to account. And having to stay on several years to ensure the transition would have made things even worse. It would have been a hostage situation for me and I would not necessarily have developed Stockholm syndrome! So, for the moment, that chapter is closed!” 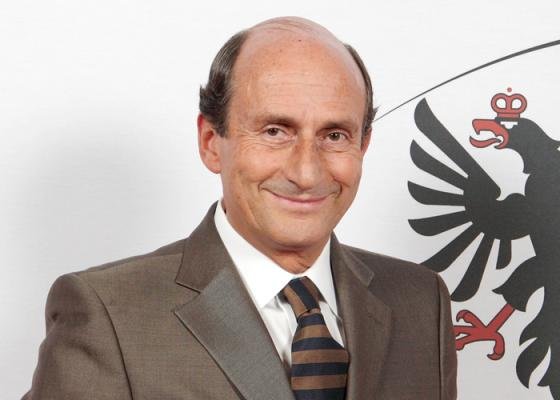 Richard Mille, as a pioneer of watchmaking freed from the most constraining of the classic codes, has paved the way for a number of young brands who, without his example, would not have found the same echo.

The executives dispatched by Kering, ex-PPR, which is looking to increase its portfolio of watch brands (Gucci, Boucheron, Girard-Perregaux, JeanRichard) therefore returned empty-handed. This is undoubtedly good news for lovers of avant-garde fine watchmaking, not because Kering is incompetent but because the originality of Richard Mille timepieces, which first appeared a mere 13 years ago, is genetically linked to the personality, the passions and the dreams of its founder. It is this unique identity – at the crossroads between speed, technicality, a passion for new materials and an aesthetic non-conformism – that is behind the astonishing success of a brand that has come from nowhere, both in terms of revenue (112 million Swiss francs in 2012 from 2,500 watches sold, 3,000 watches no doubt in 2013) and of influence. Because Richard Mille, as a pioneer of watchmaking freed from the most constraining of the classic codes, has paved the way for a number of young brands who, without his example, would not have found the same echo.

“Once the main outline of an initial concept has been approved, we start work without asking too many questions about the project’s feasibility.” Richard Mille

Tactically, Richard Mille also operates in a non-conformist way. As he explains, he regularly “launches an ultra-technical missile in order to be able to retreat and draw up a new plan of attack. This is why it is important to keep all options open. Once the main outline of an initial concept has been approved, we start work without asking too many questions about the project’s feasibility. Of course, this can cause the odd surprise. Our aviator watch, which has over 1,000 components, was delayed by two years, for example.” This is a very high degree of freedom, which would undoubtedly be impossible within a group, regardless which one, where every ounce of progress is precisely measured and every risk has to be minimised. And all the while this confounded man seems to be maximising them every time!

One of the most recent examples of the challenges that Richard Mille sets himself is the use of a new material, never before seen in watchmaking, NTPT® (North Thin Ply Technology) carbon. It is a carbon fibre that consists of multiple layers of parallel fibres, each 30 microns thick, that are coated with resin before being woven with the direction of the weave modified by 45° between each layer. This special weave is then heated to 120°C, at a pressure of 6 bar, before being machined by CNC. Visually, this NTPT® carbon offers a beautiful moiré surface, with regular wavy lines. 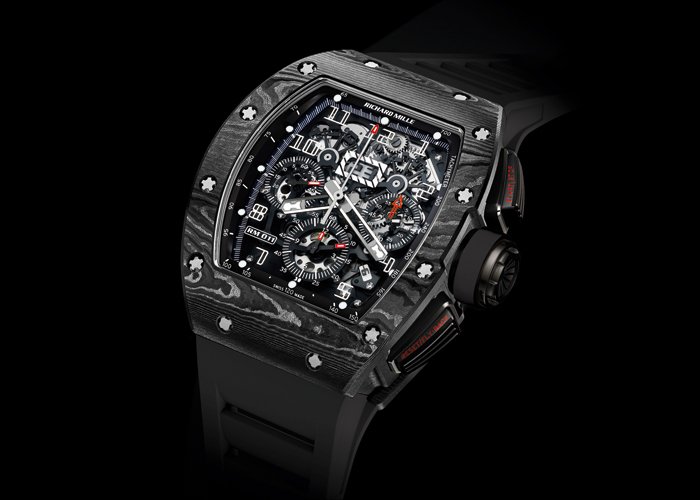 Before being used in watchmaking, this new type of carbon was used in the manufacture of sails for racing yachts and, for only the last two seasons, in the construction of chassis for Formula 1 cars, as well as in aeronautics (it will be used in the fuselage of the future Solar Impulse 2 aeroplane). This is because, compared with other composite materials, NTPT® carbon improves breaking resistance by 25 per cent and the resistance to micro-fractures by 200 per cent.

In the new RM 011 self-winding watch, this NTPT® carbon hosts the RMAC1 self-winding calibre, which is machined entirely from titanium. It is a flyback chronograph movement with a big date at 12 o’clock and month display at 4 o’clock, which has a remarkable power reserve of 55 hours, provided by twin barrels that are wound by a variable geometry rotor. Yet another “missile”.