Europa Star had the chance to talk to Elmar Mock, one of the inventors of the original Swatch, who is now one of the managing partners of the Creaholic agency in Biel, about the Sistem51 and his thoughts on the state of the industry as a whole. 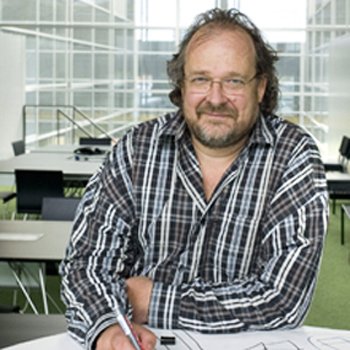 Europa Star: Do you think that there is a lack of innovation in the Swiss watchmaking industry? Elmar Mock: No, I don’t think there is. I had the good fortune to work with someone like Ernest Thomke. For me, he is the Steve Jobs of the watchmaking industry. He has the same type of charisma. What is often lacking in the watch industry is bosses who have charisma, a vision and the desire to achieve. Maybe that is why I never found happiness in the watch industry.

Why do you think that the Swiss industry has lost out in the volume segment at the expense of a company such as Ice-Watch? EM: The cost price of an Ice-Watch is a lot more expensive than that for a Swatch. We showed 30 years ago that we could make a quality product for five Swiss francs cost price. With the Swatch we invented the “Prolex”, the Rolex for the proletariat. It was high end at the low end and we made a lot of money. That’s all very well. We did an excellent job of communications. But there was nothing to stop anyone producing a different model and targeting a different audience that was perhaps more into fashion and less into design. This segment has produced over a billion watches over the past thirty years. I’m not saying we should have taken this entire share, but we could have taken two to three hundred million. That was our objective. With this, the people who had bought Swiss watches in their youth would have bought other Swiss watches later on in life.

“The Swatch has one crucial characteristic and that is that it works well.”

Do you think that Swatch is moving in the right direction with the launch of the SISTEM51? EM: It is an interesting development, providing that it can last 10-15 years without a service, in other words that it will not need lubricating and that its going rate will remain acceptable. If the watch manages this then I would be satisfied. But if it is just a modern Roskopf that works just as badly after five years then I would be bitterly disappointed. The Swatch has one crucial characteristic and that is that it works well. It is water resistant and customers are happy. But I don’t understand why people have abandoned the electro-mechanical watch. What is wrong with having the precision of quartz with the convenience of a self-winding mechanism? I would love to have a watch that I could take out of a drawer after three years, give a little shake and see it return instantly to the correct time.

Are the Swiss brands right not to see any threat from the rise of smartwatches? EM: I don’t think that there is a direct threat. The current customer for a luxury watch is not the same as the current customer for a smartwatch. So there is no threat to their market. But there is a threat to the watch industry as a whole. How can we not take into consideration something that could be a reference tomorrow? I’m not saying that Patek Philippe should be offering a smartwatch, but the customer who is buying a smartwatch today may well be the customer of brands like these later on in life. The brands are living in their own bubble and thinking everything is OK. But they did the same when quartz arrived in the 1970s and they almost perished, even in the luxury segment. What worries me is that, if there is another bubble, how will the luxury watch industry survive? Because luxury is not Swiss, it is in Paris, London, Shanghai, Tokyo… We are the servants of luxury but we are not creating luxury. This is why a lot of the high-end fashion brands make their watches in Switzerland. We should not believe that we are protected and that we are different from everybody else. In 1970 we thought that only the Swiss knew how to make watches, that there was nobody else like us and that the watch would only ever be mechanical… and we were nearly wiped out.