An interview with Stéphane Linder, the new CEO of TAG Heuer

An interview with Stéphane Linder, the new CEO of TAG Heuer
CONTENTS

Stéphane Linder was appointed CEO of TAG Heuer on 1st June 2013, barely 10 months ago, and has therefore only just started in the job. But he is a man from the inner circle with a lot of experience: he has been working at TAG Heuer for 20 years and worked closely with Jean-Christophe Babin, who now heads Bulgari. An engineer by profession, he knows the company inside out and has accompanied it on its rise in power (see box). So if there are any changes, they will certainly be in terms of continuity as far as the main strategic options – in which he was one of the key actors – are concerned, but in terms of adaptation to the prevailing conditions as far as tactical choices are concerned. 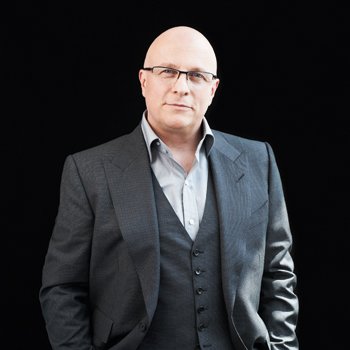 Europa Star: After ten months at the helm of the TAG Heuer liner, what are your main thoughts? Stéphane Linder: In a short period, the last three or four years, the brand has changed a lot, with all our sectors of activity moving up to the next level. On the ground? 2,200 people now work for TAG Heuer around the world, including the shared back office with LVMH (1,800 exclusively for TAG Heuer). In distribution? Today, in addition to the traditional network we have 170 monobrand stores. In movements? We have made considerable investments, which will result in, among other things, 52,000 in-house chronographs this year. The brand has grown on all fronts and has become a lot more autonomous. We are organising a gradual move up range, calculated very precisely so that we do not lose our entry-level products. All this has direct consequences on the brand image, which we also need to develop. We are planning a new advertising campaign that will aim to strengthen TAG Heuer’s pure horological legitimacy and at the same time add some new momentum to our image by highlighting the points of differentiation that make up our identity.

Has the growing appetite for brands to have their own stores reached its limits? SL: This is another very important task: we must improve the level of professionalism in retail. Let’s be clear: watchmakers are not – yet – retailers. This is a profession in itself. We do not want stores that are just images with products floating in them. We have to bring something more: watchmaking culture. But how do we do this? A lot of creative thought has to go into offering the customer a different experience, a “supplement” to the act of buying. We need to be able to do what shopping malls do, in other words entertain, tell stories, offer experiences, in a space of 150 m2. We have to do this through education about watchmaking – showing the beauty of a movement, its finish, offering more technical information – and by special services. By this I mean “bespoke” watches, personalisation and the different choices we can offer.

Coming back to the products, what are your main themes for development? SL: TAG Heuer today is 1/3 chronographs, 1/3 gents’ watches and 1/3 ladies’ watches for a total production that we do not disclose but which is between 500,000 and 1 million watches per year. 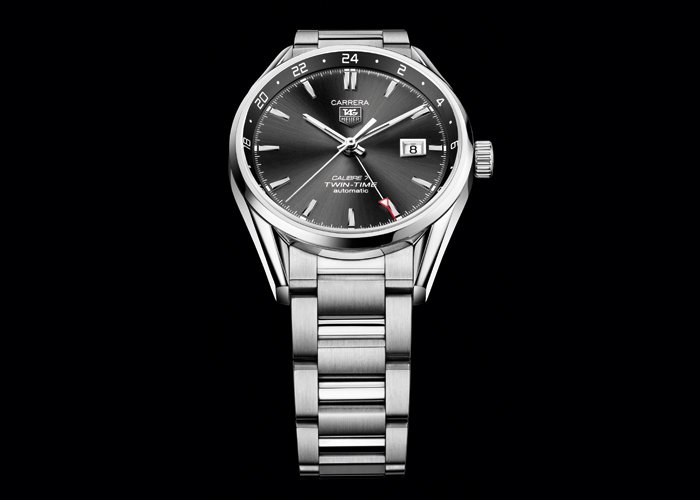 TAG Heuer Carrera Calibre 7 Twin-Time Automatic – 41mm
A second time zone can be read from a central hand with a sporty red arrowhead against the 24-hour scale on the flange around the sunbrushed anthracite dial. The 41mm steel case requires 15 different stages of stamping to reach perfection. With a sapphire crystal case back, the watch reveals the secrets of its movement in action.

That’s a wide range! SL: That’s true, but that’s how it is (laughs). For the products, we are working on two fronts: on the one hand we want to produce the best chronograph in the volume market, let’s say between 5,000 and 10,000 Swiss francs, but we also want to align our range more towards “simple” watches. Here we would like to offer very refined, very classy watches but with a movement that has something a little different from others, something distinctive. You know, it’s often a lot more difficult to express oneself simply than in a complex way. So the challenge is to create this base manufacture movement that is as interesting from above as it is from below and designed to accommodate additional modules. Our great strength today is that our investments have allowed us to build up an industrial capacity that is extremely flexible. With only three or four days of adaptation the same machine can produce components for a different movement. So let’s use this flexibility to add innovative touches to our movements compared with their equivalents on the market. By 2016 to 2017, we aim to incorporate some of the extraordinary – if not revolutionary – innovations from our Research and Development department headed up by Guy Semon into our series production. There will be nothing like them on the market.

So you want to let the innovation permeate down into more affordable products… SL: Definitely, even if we are going to continue with our different avenues of research like the Girder, the Pendulum, the V4, the 100th and 1000th of a second, the dual chain, the combinatorials… the scope is very wide. This also allows us to continuously reaffirm our motto: “technology AND aesthetics”. But not just technology for the sake of it, we never create anything gratuitously, we always know why we are doing a particular thing. [Discover the new V4 Tourbillon HERE] 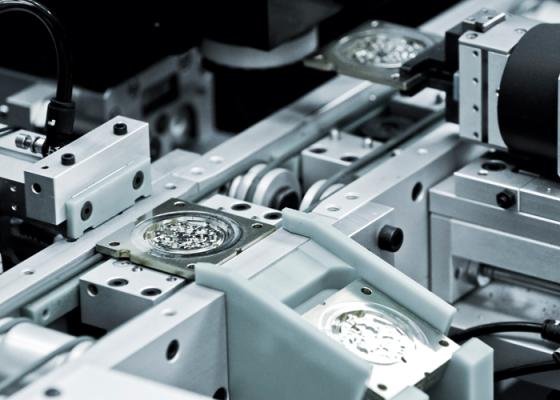 In terms of innovation, what do you think about the arrival of smartwatches, especially since you created one for the members of the Oracle racing team, which won the 2013 Americas Cup? SL: This was an instrument designed for a highly specific application and we cannot draw any general conclusions from this. As far as the phenomenon among the masses is concerned, I’m ambivalent. The level of the products available today poses no threat to us, except maybe a little bit among the younger generation. But these smartwatches still have a lot of major deficiencies, including the question of use, restrictions with charging and, even more importantly, the question of how quickly they will become technologically obsolete. The luxury sector, where we operate, is completely at odds with the idea of obsolescence because we are selling a status symbol, a dream. Maybe if and when the technology has stabilised we will have to come back to the issue and consider a luxury smartwatch. Having said that, it’s a phenomenon that you can neither neglect nor mock.

Stéphane Linder has made China, where TAG Heuer is lagging behind, one of his priorities. “It is true that TAG Heuer is still weak in China. We started to invest there quite late, in 2008, 2009. We still have some way to go in terms of notoriety. If we took sales in China out of the statistics TAG Heuer would be number two or three in the Swiss watchmaking industry, which is saying something! We have also undoubtedly suffered from the classic tastes of the Chinese, whereas we are more sporty and contemporary. The Chinese in general don’t like chronographs. But tastes change quickly and watchmaking culture is spreading. The tastes of the younger generation are getting closer to ours. Introducing our own base calibre and having a more classic range is also part of our strategy for China.”

Born in 1968, Swiss, married and a father of four children, Stéphane Linder is an engineer with a degree from the Federal Polytechnic School of Lausanne (EPFL). Hired by TAG Heuer in 1993, he quickly took on a major role in engineering, making R&D more professional and progressively bringing product development back in house. In 1997 he was made Head of Trade Marketing and Product, in charge of the global product strategy, where he successfully oversaw the diversification into eyewear. When he became a member of the management committee in 2003 he was Director of R&D and Product, where he was behind a number of major commercial successes as well as the creation of the high-end watchmaking division. Marketing was added to his remit in 2007, when he became Vice-President of Product Marketing and Design. He was instrumental in repositioning the brand’s move up range with the launch of new advertising campaigns, the redefinition of the Internet strategy and a strengthening of the growing share of retail in the business. In 2010, Stéphane Linder took on the position of Vice-President in charge of North American Sales for TAG Heuer. He actively contributed to the restructuring of the distribution network in the USA and Canada and significantly increased the brand’s presence at multi-brand retailers, as well as the profitability per point of sales.