Over the next ten years China will gradually reduce import duties on Swiss watches by 60%, at a rate of 18% in the first year and 5% each subsequent year. Hong Kong is the world’s foremost market for Swiss watchmaking, but with 90% of its customers hailing from China, will this harm its ability to compete? Here are the responses of Geoffrey Kao, president of the Hong Kong watch federation. 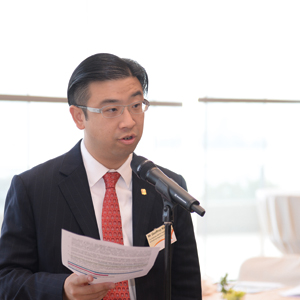 In the short term, does this free trade agreement risk harming Hong Kong’s watch trade, which is, let us not forget, by far the largest market for Swiss watchmaking? Geoffrey Kao: First, let me point out that import duties will be gradually reduced, they won’t be totally lifted. What is more, China will keep a 17% consumption tax. So eventually, there will be at least this price difference with Hong Kong.

Nevertheless, some watch companies want to harmonise retail prices across the two zones. LVMH has even promised as much! GK: In practice, their idea is to increase prices in Hong Kong and reduce them in mainland China. But what will the consequences of this be? In my view, leaving aside the preferential pricing, Hong Kong offers three major advantages. The first is choice: there is nowhere else where you can find such a concentration of international brands. The second is quality, as the skills and product selection are at a level that is unique in the world. And the third is security: buying in Hong Kong means the security of a full guarantee and undisputed authenticity. Moreover, Hong Kong is an amazing city and an Asian hub that connects with all the major destinations in the world. In this respect it will remain a top choice for stopovers. I don’t think the reduction in import duties in China will affect Hong Kong’s status as a shopper’s paradise.

“There is nowhere else where you can find such a concentration of international brands.”

The powerful watchmaking groups could develop their own sales networks in China. Swatch Group has done just that in India with, according to what we heard at the Shenzhen watch fair, a retail price advantage of up to 35% compared with Chinese sales networks. What do you think about that? GK: Operational and infrastructure expenses are the most costly elements. I don’t believe for one minute that they can be 35% cheaper. But in ten years’ time, if the price difference between Hong Kong and the mainland is just 17%, and if additionally the big watchmaking groups can bring down prices in China through their own networks... GK: How will they be able to undercut? If you analyse the share prices of watch dealership chains, you realise that they are barely profitable, and some operate at a loss. To sell at the same price as Hong Kong, brands would have to absorb the 17% tax themselves, and that would hurt, believe me.

“To sell at the same price as Hong Kong, brands would have to absorb the 17% tax themselves, and that would hurt, believe me.”

But you are leaving out of the equation the astronomical price per square metre of property in Hong Kong, which has forced some local distributors to open stores in Shanghai or Beijing. GK: Yes, the price of real estate in Shanghai is far cheaper than in Hong Kong, but what counts is the return on investment per square metre. In fact Hong Kong is extremely profitable in that respect, because of the number of sales you can make per square metre! In China, on the other hand, shops are often no more than showcases.

“The price of real estate in Shanghai is far cheaper than in Hong Kong, but what counts is the return on investment per square metre.”

THE WATCH FILES Watch collecting is often synonymous with men, and yet there is a growing contingent of female collectors who are actively involved in horology. Lung Lung (...)