As the head of watchmaking brand Pierre DeRoche – which has just celebrated its 10th anniversary – Pierre Dubois shares his views on the ongoing challenges faced by independent watchmakers today.

Born into the fourth generation of watchmakers, Pierre Dubois didn’t follow the path of his family straight away. First a sports instructor, then a finance graduate, he started his career by working in a Swiss bank for a few years. That is, until Audemars Piguet recruited him as a financial director and finally production manager. Supported by his wife Carole, he then created his own prestigious watch brand called Pierre DeRoche in the Vallée de Joux, specialising in timepieces with complications, like the brand’s iconic Royal Retro watch. 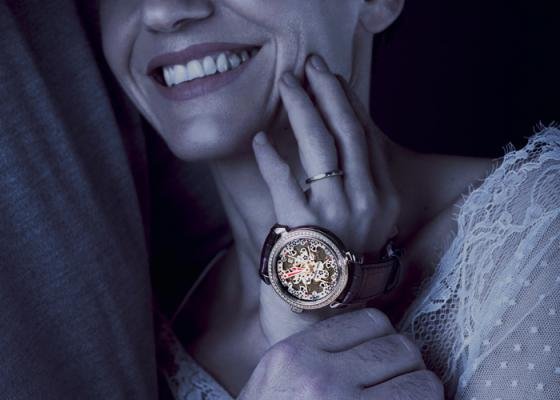 Do all your watches have complications? Pierre Dubois: Absolutely. I’d like to think that when people are talking about the brand, they associate it directly with our complications. It’s our defining feature. We want to preserve our originality with timepieces including retrograde hands, seconds, minutes or hours.

Which markets are you aiming for? PD: All of them of course! But not everybody wants us (laughs). We’re now facing an enormous challenge when it comes to the brand’s distribution - as big groups gained even more importance, we haven’t been left with a lot of space. It’s becoming harder and harder to be represented in a multibrand boutique.

In 2012 your goal was to reach the American market. Achieved? PD: Yes, we are now present in the United States. But it’s a difficult market: during the past ten years we had to change distributors three times and we’re currently taking legal action against the last two. We were misled. We now have a retailer in New York and we try to manage the sales in the most direct way possible.

How many pieces do you sell per year? PD: Between 200 and 250 per year. We hope to reach between 600 and 800 pieces within the next five to six years. The issue remains the access to retail sales. We’ll need to work on that in order to find new distribution channels.

Your timepieces are predominantly masculine… PD: You’re going to think that we’re a macho brand (laughs)! It is true that nowadays we create between 80 and 90 percent of our watches for men. At first, we used to have a better balance between masculine and feminine creations. But quartz is not part of our philosophy… nonetheless we do not neglect female demand: the ladies’ Royal Retro enjoyed a lot of success. Moreover we notice that many women buy men’s watches for themselves!

Where does the name Pierre DeRoche come from? PD: From my childhood! In fact I wanted to avoid naming the brand Pierre Dubois to avoid creating confusion with my brothers’ Dubois-Dépraz company. I remember a farmer in the village who used to make fun of my name: he thought that my parents’ choice to name me Pierre (‘stone’ in English) when my last name was Dubois (‘From wood’ in English) was very funny… so contradictory! He would call me Pierre DeRoche (‘Stone of Rock’ in English). I liked the name.

You are in fact a family business. How do you allocate tasks and responsibilities? PD: I work on the technical aspects with my two brothers at Dubois-Dépraz. My cousin oversees the research and development side of the business and my wife and I work on design, colours and other subtle details. She’s also in charge of communications, the production of our catalogues and marketing. This organisation apparently works since we’ve been in the business for ten years!

How do you project the brand’s future? PD: I hope we’ll be able to follow our current path, keeping our work and our originality focused on complications and retrograde hands. I can already reveal that we are going to launch a new Royal Retro in 2015, featuring another complication – a unique GMT with six hands. It should please our customers.