BUSINESS - A Glass Half Full or Half Empty?


BUSINESS - A Glass Half Full or Half Empty?

The answer whether in 2014 the glass of wine was half full or half empty for the luxury industry is a moot point. It was, indeed, a challenging year. Obviously, geo-political developments occurring in the Middle East, Ukraine, Hong Kong or China impacted business. Also lower than expected economic growth rates in the BRIC-states plus the still sluggish economies in Europe had a negative influence. In general, sales in the last four months were disappointing and thus contradicting most of the positive market projections forecasted earlier in the year. While some categories still enjoyed very good results others experienced a substantial slow-down of growth.

Despite a difficult Russian market the German premium car industry, for instance, was on the winner’s side in 2014. It reports for its main brands Audi, BMW and Mercedes record sales. With almost 190,000 globally delivered cars Porsche was up 17%. According to management statements, Rolls-Royce and Bentley will also achieve new all-time highs. The industry of high-end watches, however, faced a difficult year. 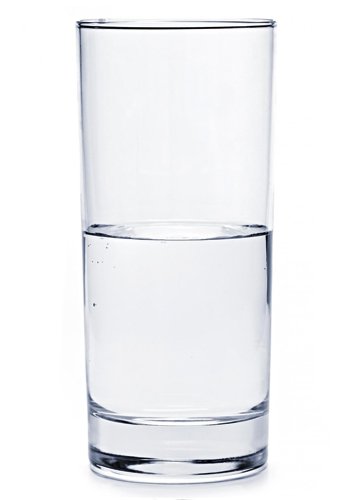 Hong Kong as a major hub for the Asian business was disturbed by political uncertainties. And China’s continuous efforts to curb corruption decelerated growth further for two markets that alone amount to approx. 25% of the total business. Basically only the USA and Japan substantially contributed to growth (+5% resp. 17%). However 2014 resulted in a record year. The export of Swiss wristwatches, as an important market indicator, reached 22.2 billion CHF in 2014 with an increase of 1.9%. As far as luxury watches are concerned (export value +3,000 CHF/piece) the growth is of 2.7% in value as in number. Yet, compared to the average annual rate of 12.5% between 2000 and 2012 (!), the watch luxury segment has strongly lost momentum in the last two years with increases of only 2.8% in 2013. This segment will again represent some 65% of the total Swiss export values. Overall, the watch industry is in a phase of restructuring that will lead to a reduction of its more than 1,500 brands that introduce more than 10,000 novelties per annum.

High-end French wines also belonged to a category that encountered a drop in exports depending very much on the Chinese market, too, whereas leather goods are reported to have gained – especially due to stronger demand in the US and Japan.

For 2015 the outlook promises no major changes compared to last year. China is expected to continue a controlled growth of its economy; anti-corruption measures will remain on the political agenda. In 2014 consumption in Japan was only temporarily boosted as consumers anticipated an increase of the VAT-rate of 5% to 8%. The last months were not strong. Assuming that the conflict in Ukraine will not end soon demand in the whole region of former Soviet Union will stay at very low levels. In Europe, France and Italy are not expected to provide any substantial boost.

After a flat 2014, Germany may return to stronger growth but will depend largely on foreign tourism. The decision of the Swiss central bank to detach its currency from the Euro again will have far reaching repercussions. And the US alone will not be able to lift up the whole industry. Last week, the Swiss Central Bank freed the franc against the euro. With now much higher prices, this will be a further negative impact on luxury – especially for the export orientated Swiss watch industry.

Luxury remains all about mood and currently too many “no fun” topics pull the markets down (e.g. global terrorism). The industry’s slow down of growth will continue for the time being. Given current high stocks at the manufacturer and retailer level and the general time lag after phases of downturns The Bridge To Luxury (TBTL) expects a stronger pace of global sales to return only in spring or mid 2016 earliest.

Tight cost control and streamlining of operations along the value chain will be an industry imperative. Although the time for anti-cyclical investments into branding and innovation is there, many especially smaller companies will not be able to afford it. This will accelerate the process of the industry’s further concentration as the large groups with their economies of scale are able to leverage businesses better. As a consequence, an increasing number of independent brands under difficulties will be available for acquisition while fewer investors will be interested in venturing into luxury. Yet, in the long run the luxury industry still can expect to expand substantially with an increasing number of HNWI individuals globally and this especially in the emerging markets. Already today, Credit Suisse estimates the global private wealth at 260 trillion US$ and expects a further build-up of fortunes.

In 2015 TBTL foresees five major industry topics alongside the typical external factors such as political stability or currency exchange rates:

1 The further merge of the on- and offline universes driven by new technical solutions. Innovative apps will provide fresh knowledge to consumers with regard to global pricing transparency, stock availability and better services; and on industrial levels the merge will lead to new ways of defining supply chains (e.g. logistics).

2 Even though on a case-by-case analysis the luxury groups will be more cautious in opening up more (and expensive) mono-brand boutiques, the aim remains to integrate vertically. Besides traditional considerations such as margin maximisation, the absorption of classical retailing has become a new requisite if companies want to be able to control and thus to take full advantage of the potential of internet sales.

3 Consumer sophistication and individualisation: the time it takes until new markets mature in brand and product knowledge has narrowed considerably. In economies like China consumers nowadays take a much closer look before they purchase luxury items. And they are less brand loyal than traditional shoppers. One way to react to more cautious customers and their higher standards in product evaluation is to individualise the offering for more and personal exclusivity feeding a universal growing social trend. The other one is innovation, of course.

4 The increase of branded jewellery as one main future industry drivers with above average growth rates.

5 Tourism will determine business further. For Europe a weak euro will initiate more visits from around the world. International travel destinations for high-end tourism need to adapt further though (e.g. Chinese breakfasts in luxury hotels are still an exception). Consumer brands should react more strongly, too, for instance in welcoming tourists on airport billboards in appropriate languages. The marketing mix needs to consider foreign holiday periods to use resources better (availability of merchandise, well timed events etc.).

For the luxury industry TBTL does not expect an important momentum coming from smart watches. First of all they are consumer-wise not considered luxury goods per se. Second, the watch industry no longer enjoys the specific young and life-stylish brand creditability compared to Apple, Samsung or Sony to be reckoned a purchase alternative. Thirdly, the watch industry lacks the technical capability to define the interfaces between hard- and software dimensions the way the IT giants are able to.