PORTRAIT - Fossil Group, Swiss Made Watches for the Asian Market


PORTRAIT - Fossil Group, Swiss Made Watches for the Asian Market

The American giant is hoping to conquer Asia on the strength of its catalogue of prestigious brands at affordable prices. But first, a stopover in Switzerland.Explanations. 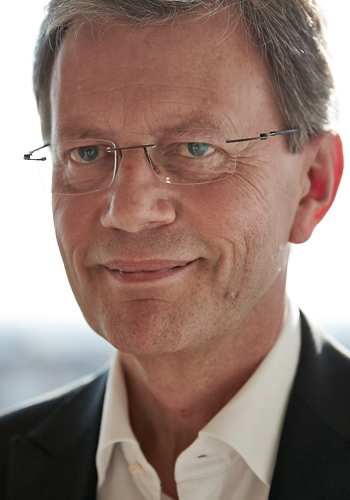 At Antima, a Fossil Group subsidiary in Biel, the very fabric of the building symbolises the DNA and the ambitions of the American watchmaking giant. On the first floor is an open-plan office housing dozens of designers, all busy thinking up new faces for the watches of tomorrow for one of the world leaders in the fashion sector. In the ground floor workshops the atmosphere and decor are completely different. Here you hear local accents, you see watchmakers’ tunics; this is where the prototypes dreamt up by the designers upstairs are brought to life. So it’s fashion, but with a Swiss made label. And that basically sums up the current aims of Fossil Group, which established itself in Switzerland in 2002 through the purchase of Antima. 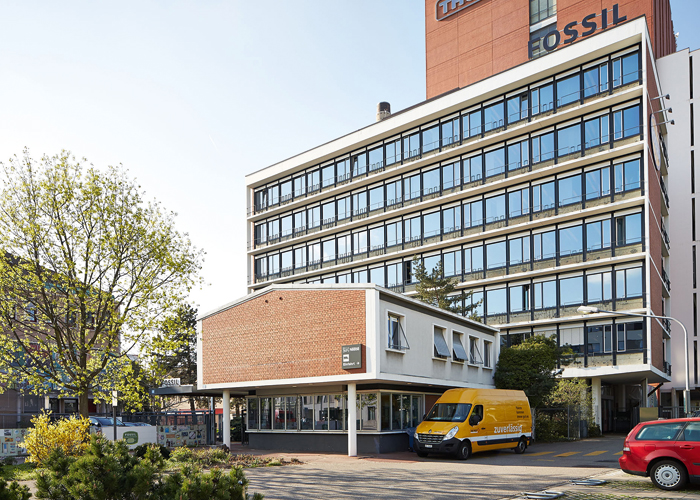 Christelle Vaccari, Senior Director of Design and Development for Antima, gives us the grand tour. She is often away at meetings with her main interlocutors, the design director at Fossil Group’s Dallas headquarters, obviously, but also the heads of licensed brands Emporio Armani in Milan and Burberry in London. These are Fossil’s two main Swiss made brands (recently joined by some of Tory Burch’s watches, and not forgetting the group’s most ‘Swiss’, though arguably less well-known brand, Zodiac) in an extremely wide-ranging portfolio. In addition to the aforementioned brands, it includes Fossil, Skagen, Michele, Michael Kors, Marc by Marc Jacobs, Diesel, Armani Exchange, Relic, DKNY, Adidas and Karl Lagerfeld. This all adds up to around 30 million watches per year. The majority are made in China, but a growing proportion (400,000 last year) bear the prestigious Swiss made label.

“We’re constantly in communication with Emporio Armani and Burberry. They have to sign off on all our sketches: they are quite careful, given that it’s their name going on the dial!” points out Christelle Vaccari. All these newcomers to the watchmaking scene must adapt to the way things work in their new sector of activity. “Between the first pencil stroke and delivery to the shops, it takes between one and two years. Sometimes our contacts in Milan and London don’t understand why it takes so much longer than a handbag!” Things nevertheless move quickly, she assures us: “We represent fashion brands. On average, that means four new collections every year.”

DISCRETION IS THE ORDER OF THE DAY

Fossil Group is a giant. It’s the fourth-biggest watchmaking group in the world, with a turnover of around 3.5 billion dollars last year (three-quarters of which come from watch sales). But it is nevertheless a discreet giant. Photographs of its CEO, Kosta Kartsotis, are rarer than hen’s teeth.

Luckily for Europa Star, Martin Frey, European MD for Fossil Group, agrees to show his face. He didn’t have far to come: the Texan giant established its regional headquarters in Basel in 2004. Here too, there is an evident desire to get closer to the ethos of ‘Swiss made’ and the historic heartland of watchmaking. “For us, the Swiss made label is becoming more and more important, particularly for winning over our Asian clientele. American consumers also notice it more now, which was not necessarily the case before.” Today, the USA still account for 50% of sales, Europe 34% and Asia-Pacific just 16%.

As the director acknowledges, Fossil retains a somewhat mysterious aura, even for other watchmaking groups and brands. “It’s only been about two years since we started communicating more about our activities in Switzerland.” The group has more than doubled its watch sales in the space of five years. “We came through the 2009 crisis. It even helped us. Unlike other brands, we didn’t cut off our relationships with component suppliers. As soon as the crisis was over we were able to scale up production.” Their catalogue is likely to grow even more. “We are regularly approached by fashion brands wanting to go into watches. But if they are too similar to a brand we already produce, we don’t take it any further. Nevertheless, I think there is still potential, particularly in producing jewellery under licence.” 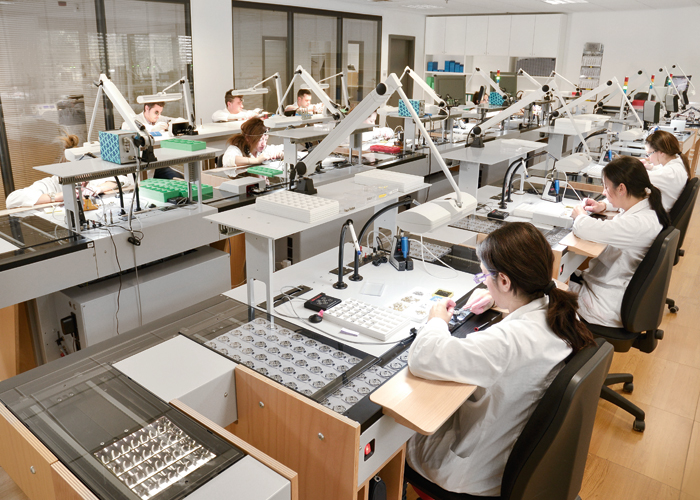 Capitalising on fashion brands with an established reputation and well-defined identity, and transposing their success into the watchmaking world, thanks to an industrial war machine, is a simple but apparently effective recipe. “In China we still have great potential for growth, thanks largely to the Swiss made label. People like our designs, and we have an interesting brand portfolio. Luxury still counts, but I think in China a large sector of the population will be interested in the mid-range. Price matters too! Our prices go from 75 francs for brands such as Adidas or Fossil, up to above 2,000 francs for Burberry and Emporio Armani.”

SMART WATCHES ON THE HORIZON

The brands in the Fossil Group catalogue are present in around 30,000 points of sale worldwide. “Ideally, we will go to our retailers with a package of brands from our portfolio. But we don’t impose it as a sine qua non condition for getting hold of one of our brands. We use persuasion instead!” 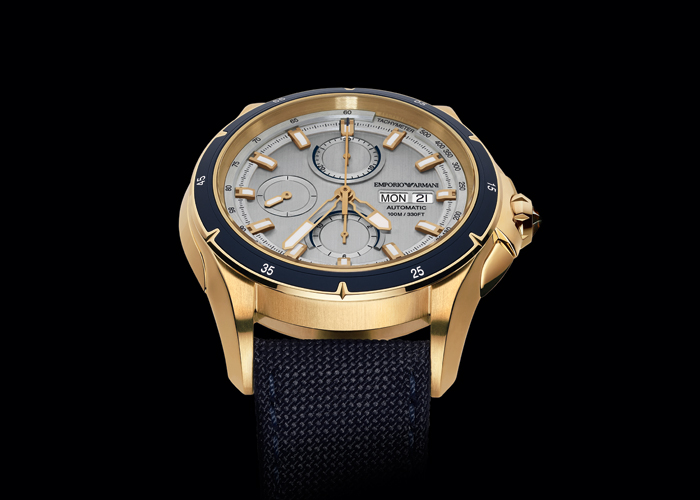 Of all the watchmaking groups, Fossil is probably the one that has most clearly advertised its ambitions in terms of smart watches. Closer to Silicon Valley than its Swiss counterparts, a more recent incomer to the watch business, but also in the front line thanks to its entry- and mid-level positioning, the group would be foolish not to take an interest. It has already concluded partnerships with Intel and Google, the initial results of which will be presented at Baselworld.

The group is also talking more specifically about ‘smart accessories’. “There is huge potential, because people are looking for more interactivity,” notes Martin Frey. Let’s see what Baselworld holds.

TENS OF MILLIONS OF FRANCS INVESTED IN SWITZERLAND

Pending the smart watch’s debut, the last big milestone reached by the watchmaking group was the creation in 2012 of its first Swiss made calibre, the STP1-11, assembled in its Manno factory in Ticino. This strategy was dictated partly by Swatch Group’s decision to scale back deliveries of components. “But it wasn’t just that,” insists Martin Frey. “If we hope to become a major player in the Swiss made sector over the long term, we have no choice but to produce our own movements.” Some of these calibres have already been delivered to third parties, “although we don’t aggressively promote this activity,” says Frey.

The potential ramifications of the new ‘Swissness’ law were also a factor in this strategic decision. In Glovelier in the Jura, Fossil Group already makes cases and movement parts such as rotors. The factory is about to grow: by next year it should house 100 employees (compared with 20 today), in a surface area four times what it is today. In the midst of the strong franc crisis, when China is in slowdown and staff are being put on short hours, it’s quite a bold decision. Only the financial clout of a watchmaking giant could make it possible. Fossil Group, which is also preparing to launch some women’s movements, “is thinking in the long term about adding complications to the STP1-11.” 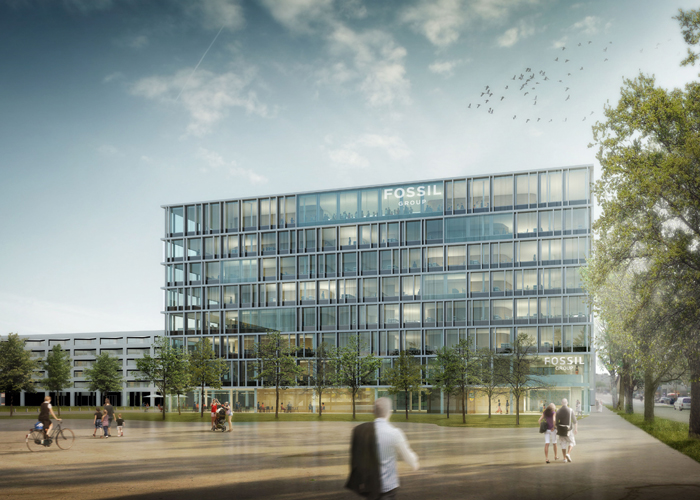 When it is not equipping its Swiss made watches with in-house calibres, the group, which employs around 400 people in Switzerland (and more than 15,000 worldwide), calls upon Soprod, Dubois-Dépraz and Technotime to supply its automatic movements, with Ronda for quartz. Other brands in its portfolio will in the future include Swiss made watches, according to Martin Frey. “But we must be very careful about the quality of our products. As we are newcomers to the Swiss made business, we can’t afford to make mistakes!”

The giant is firmly established in Switzerland. Its new 10,000 m2 Basel headquarters, currently under construction, will house around 350 employees beginning from next year. And it can’t be a bad thing, being so close to Baselworld... These technical and administrative investments in the cradle of watchmaking should, in the medium term, amount to several tens of millions of francs.