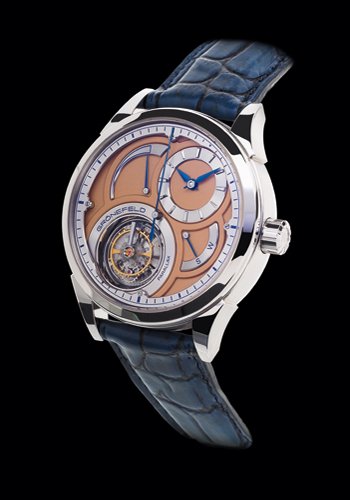 In the Netherlands, watchmaking is a family affair for the Grönefeld brothers, whose grandfather was also very familiar with the trade. In 2008 they brought out their first model, a tourbillon, which was followed four years later by a jumping seconds model. All the bridges are hand-finished – no surprise when the maison is a laureate of the Grand Prix d’Horlogerie de Genève. 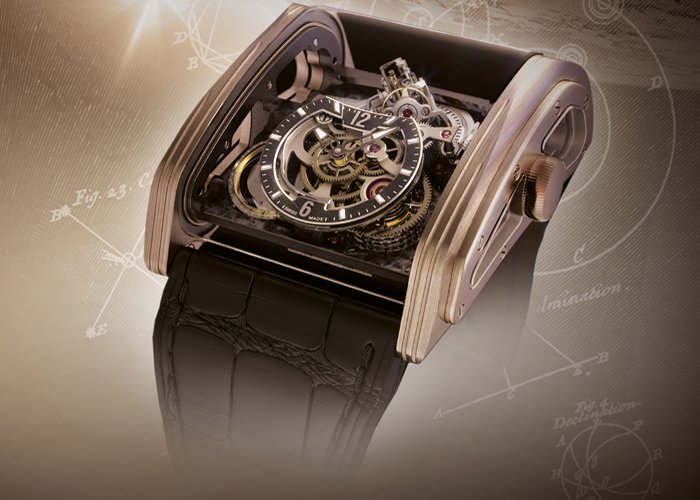 Lionel Betoux, who took over Cabestan in March 2013, sees 2015 as a year of consolidation for his brand, which sold around 30 very high-end watches last year. His latest retro-futurist creation is the Triple Axis Tourbillon, which bears the signature of watchmaker Eric Coudray. In the case of this model, a picture is certainly worth a thousand words... 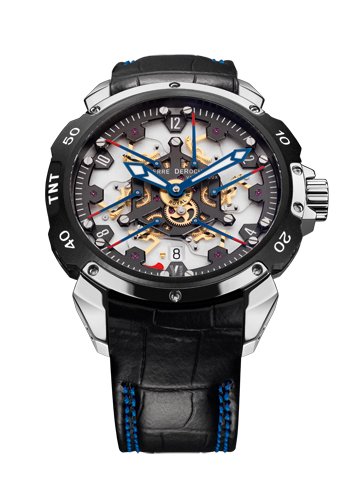 Pierre DeRoche is introducing a number of new models, including a ladies’ version of the Pure, and a TNT with resin composite bezel. The Swiss family company, whose primary market is Japan (this honour previously belonged to Russia), celebrated its 10th anniversary in 2014. Now this landmark has been reached, there is talk of a tourbillon. Watch this space. 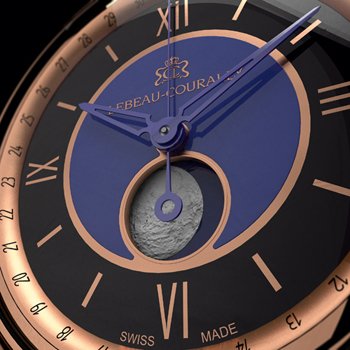 The 150-year-old Belgian company Lebeau-Courally made its name as a prestigious manufacturer of bespoke hand-carved hunting guns, which go for as much as €600,000 each. Four years ago the Liège-based company ventured into the world of watchmaking, which shares a number of similarities with the hunting world, not least the importance of ‘calibres’! The Swiss-made watches make a number of references to their hunting heritage, including the clé de fusil motif and elegant lozenge patterning. Interestingly, the proprietor of Lebeau-Courally also owns the über-exclusive Swiss brand Julien Coudray and the IMH manufacture. 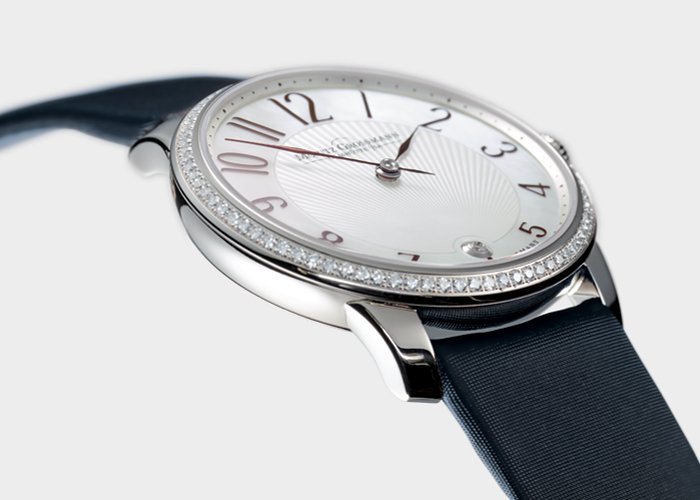 Glashütte brand Moritz Grossmann has an all too rare claim to fame. In a watchmaking world that remains dominated by men, it was (re-)launched by a woman, Christine Hutter, in 2008. The company, which draws a great deal of inspiration from Egyptian mythology, is currently developing no fewer than five in-house movements, and also produces its own hands. It is known for the exceptionally high quality of its finishes, and all the movements are assembled twice. You can’t be too careful! 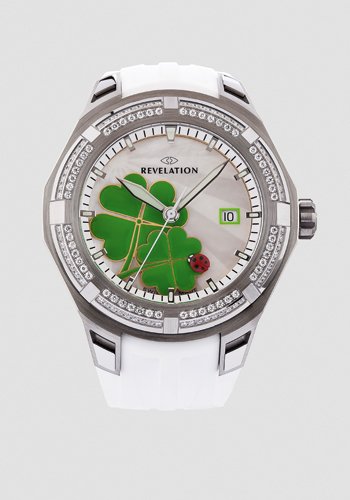 The famous Magical Watch Dial system by Revelation is now available for women. The brand is launching its first model for women, the R05 First Lady. As with every Revelation watch, the watch bezel is turned 90 degrees to reveal the secondary functions, in this case the date. Anouk Danthe and Olivier Leu are continuing their exploration of the ambiguous world of invisibility and imagination inspired by our timepieces. 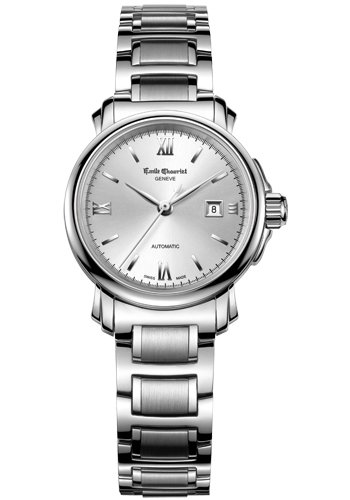 At the fireside, beneath a beautifully painted portrait of Emile Chouriet, we enjoyed a welcome moment of quiet amid the hustle and bustle of Baselworld. The Geneva-based brand, which has a strong following in China and 360 points of sale around the world, is moving up a gear and looking to boost its presence in Europe and Switzerland. This return to its roots is elegantly embodied in the Lac Léman collection. 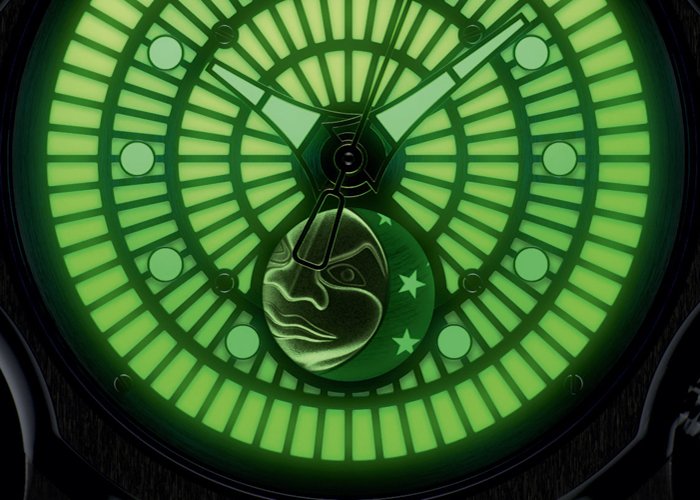 Finland is home to an astonishing number of master watchmakers: Kari Voutilainen needs no introduction, but Stepan Sarpaneva is also one to watch (he was in fact taught by Kari Voutilainen at Helsinki’s watchmaking school). Combining Finnish eccentricity and sense of the absurd with impeccable finishes, Sarpaneva offers variations of complications on the theme of the moon – his favourite topic – in models such as the Northern Star and Moonshine. 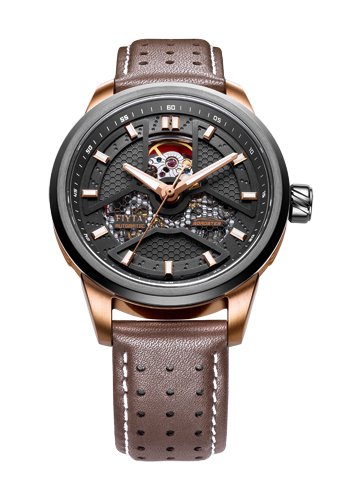 Founded in 1987 in Shenzhen, Fiyta is today one of China’s most important watchmaking brands, producing some 600,000 timepieces per year. It is now looking to expand internationally, from the Middle East to North America, in the 300–670 dollar price bracket, with quartz but also mechanical watches (using Swiss, Japanese and Chinese movements). China’s astronauts wear Fiyta watches – a welcome publicity coup for a brand that is exploring new horizons. 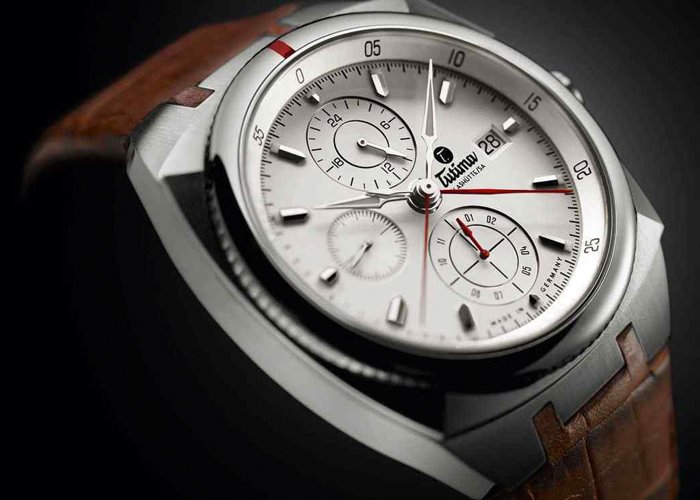 Tutima, founded in 1927, has supplied watches to the Luftwaffe for decades. Although during the Cold War it ‘delocalised’ to the west, the brand, which at its height employed up to 1,000 workers, moved back to its native Saxony in 2008. Four years later it launched Glashütte’s first minute repeater. The new Saxon One model (EUR 4,600) with its sporty but elegant looks marks a new departure for the brand, which nevertheless continues to cater for the special requirements of pilots.

THE CULT OF THE HEX NUT - GRECO 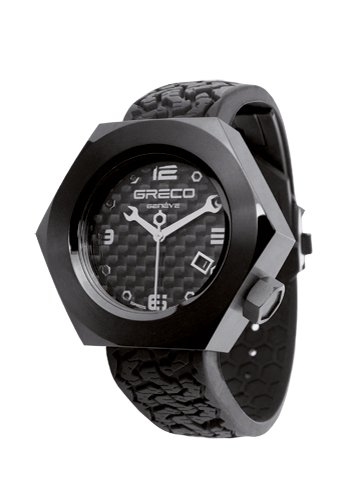 The trademark of one-year-old watchmaker Greco, named after its founder Stéphane Greco, is its cases in the shape of a hex nut. This year it is introducing a fluorescent ‘galactic’ watch containing a piece of meteorite. The young brand is active in the CHF 5,000–10,000 price bracket. 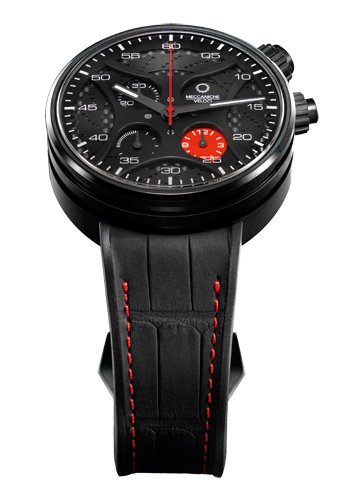 Italian design, Swiss-made: this is the magic formula with which Meccaniche Veloci is hoping to get back in the game. Its affordable sports watches (CHF 1,300–5,000) have an obvious motor racing vibe. Pistons are everywhere. The brand is present in around 40 points of sale worldwide, and is hoping to reach out to new markets including Canada and Australia.