Exports, expats and expectations. Interview with Roula Bitar, head of the luxury division of the Emirates branch of Mazars and an expert on the watch market in Dubai, which is a commercial hub for the entire region. 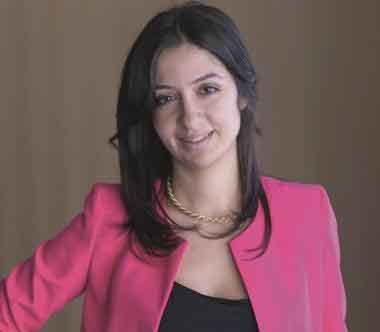 Roula Bitar, head of the luxury division of the Emirates branch of Mazars

Swiss watch exports to the United Arab Emirates and Dubai have grown from 180 million francs in the year 2000 to over a billion last year. Today, the country is the tenth-biggest export market for Swiss watches, ahead of the United Kingdom. How do you account for this growth?

Several factors play a part in this remarkable rise. First, the increase in the number of importers present in Dubai, such as Richemont, Swatch Group, Seddiqi and Al- Futtaim, who re-export to the GCC (Gulf Cooperation Council), which comprises Saudi Arabia, Bahrain, Oman (Muscat), Qatar, the UAE and Kuwait.

And second, the economy of the UAE is flourishing as a result of rising tourism revenues, a comfortable budget surplus and its geographical location at the crossroads of Asia, Europe and Africa. Today, around 95% of the Dubai population is made up of expats, a significant proportion of whom enjoy a high standard of living and have considerable purchasing power. This explains the growth in the luxury sector, where average prices are high (gem-set watches and grand complications). These kinds of watches remain highly sought-after in the Middle East.

What are the most popular brands?

Rolex and Patek Philippe remain the most popular, but the independent watch sector is also enjoying strong growth.

What is the top category in terms of value: entry-level, mid-range or top-end?

Top-end, no question! Watches in gold set with precious stones remain the most sought-after, but the local clientèle is starting to mature. Clients are better informed and collectors are starting to look at less opulent watches and timepieces featuring grand complications.

The UAE, particularly Dubai, is also a major regional hub. Where do the main watch buyers come from?

The main buyers are local clients from the GCC countries and travellers in transit, as well as luxury shopping tourists from Russia and China, and also India and Africa.

Will the expected lifting of sanctions against Iran jeopardise the UAE’s prominent position in watch sales, if Iranians are able to buy more watches in their own country?

Given that the Dubai hub already exists, future sales should continue to go through Dubai: there is a logistical, after-sales, commercial and marketing platform already in place. The flow will be from Europe to Dubai and thence to Iran, generally speaking. We have already seen this with Turkey and India.

Swiss watch exports to the UAE fell by around 8% in the first quarter of this year. How is 2015 looking for the UAE watch market, given that other major markets such as China and Russia are also slowing down?

The Emirates watch market is also falling off, because it relies partly on China and Russia.

Are most watch buyers in the Emirates men? What proportion of sales are for women’s watches?

Most are bought by men, but buying habits in the region have changed. Women want to be able to express their personality more freely, and a watch is a way of standing out. Women are also taking an increasing interest in movements, which is a new trend.

The country is also a hub for counterfeit goods, particularly those originating in China. The Federation of the Swiss Watch Industry regularly seizes consignments of several thousand watches. How do you explain this? Is the phenomenon still growing or does it seem to be calming down?

The system of duty-free zones, which continue to grow in number, is probably the main cause of this phenomenon. Because there are no administrative formalities or detailed customs checks, merchandise can transit virtually free of scrutiny. Because of the free zone system, the place of origin can be modified; the original country of origin is replaced with a new one: the United Arab Emirates. Nevertheless, cooperation between the Federation of the Swiss Watch Industry and the Dubai Department of Economic Development, which is responsible for monitoring trade, has increased, and the agency increased the number of controls it carried out last year.