Girard-Perregaux - Antonio Calce: “Let’s show them what we’re made of


Girard-Perregaux - Antonio Calce: “Let’s show them what we’re made of

Just over a year ago, Antonio Calce was appointed CEO of Girard-Perregaux, after a career that included managing Corum for seven years before being edged out by its new owners, the China Haidian group. His unenviable task was to revive, or more precisely, to restore to its rightful place, the venerable manufacture founded in La Chaux-de-Fonds back in 1791. His arrival coincided with the brand’s buyout by the Kering Group. One year on, it’s time to find out how things are going. 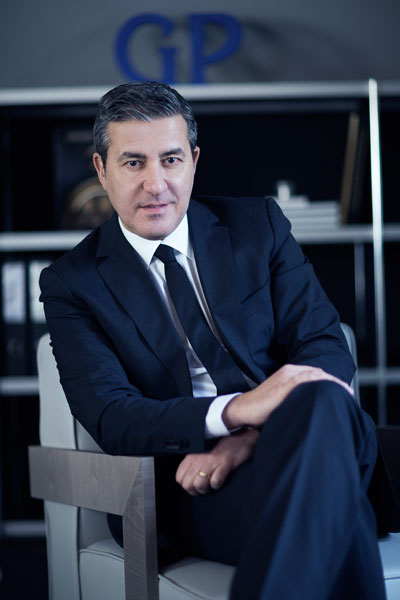 You’ve never been shy of the limelight, but we’ve hardly seen you this last year

I eased off on communication. Everything in good time. Also, to be honest I wanted to focus on being fully in sync with my retailers. Plus, it goes without saying, a group like Kering has obligations to its shareholders and there are rules that have to be observed. Having said that, I knew when I arrived that there was work to be done, I just didn’t realise there would be so much!

What were the main areas needing work?

Girard-Perregaux has a rich history, 80 patents, a pioneering spirit that led to the introduction of quartz, and some iconic models. The brand is highly respectable and highly respected. But it didn’t have a clear image. In many ways the company was living and working in the past, both in the way it selected models and in its marketing. There was a real problem with the brand’s global identity.

People often forget that it is also a highly integrated manufacture that produces 100% of its excellent movements, which are universally respected. But the manufacture was showing its age!

I would go so far as to say that, outside of watchmaking circles, the manufacture was largely overlooked by the public, if its name was known at all. And yet it has been in continuous operation all along. When Kering arrived we invested heavily in upgrading the machinery. We now have a network of Fleury machines which enables us to produce all the movement parts, plates, bridges and barrels flexibly and rapidly. Everything is laser-adjusted, with 28 tools per machine which, when paired up, can perform up to 90 operations in a single pass. Over the years we have never lost our know-how, as you have seen yourself in our Haute Horlogerie workshops. Now we have the tools too.

But, to come back to the ‘work’ that needed to be done: what was the company’s situation in the marketplace?

We had to rebuild the company’s organisational structure from the bottom, and put decision-making processes in place. In the absence of any accurate or centralised sales data there was no real market analysis. The result was a stock management problem. In the absence of a strategy, there was a lack of direction in terms of products, sales and therefore communication. The vectors of communication were often unsuited to their target markets. Similarly, and far more seriously, the products themselves were also sometimes unsuited to local conditions. We had to establish greater clarity, and in order to do this, we had to raise the organisational and strategic level. But above all, we had to place our products back at the centre of our business.

So did this mean getting rid of some collections, simplifying and providing clearer direction?

It meant redefining our strategy through the product and by the product, and providing more structure. Now, things are much clearer. Girard-Perregaux is four collections: the 1966, a ‘vintage’ collection if you like, as its name suggests; the Trois Ponts which is growing into a broad collection of historic tourbillons that spans the gamut, beginning with an entry-level model in steel, with one bridge. Then there is the Cat’s Eye, which stands on its own as an enduringly successful ladies’ model. And finally, to showcase the brand’s passion for chronographs and chronometers, a new collection called Competizione which is sporty, chic and elegant. In 2015 we withdrew 90 references, either because they were unprofitable or because they were too expensive, but we introduced 60 new ones to cover the price ranges where we were under- represented, which is between CHF 5,000 and CHF 11,000. 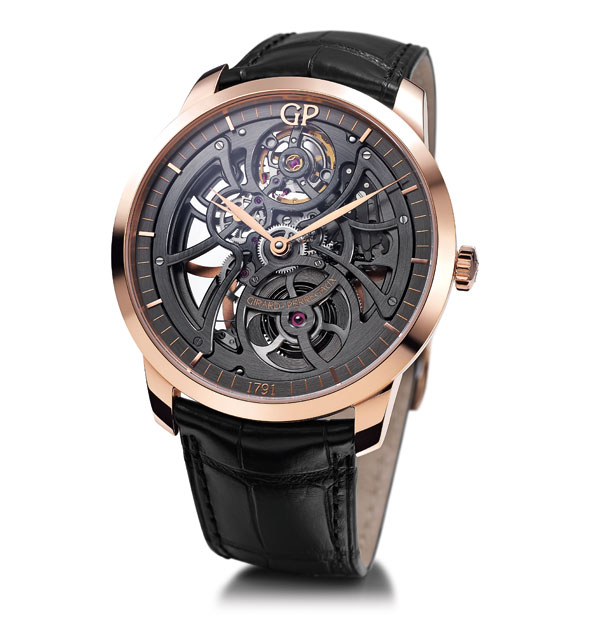 You mentioned at the start of our interview that your main concern was to remain close to your retailers.

When the offer is well-structured and clear, the markets understand and start listening again. Because, and there’s no point denying it, the markets had gradually lost interest in the brand. In order to win back this interest, we have to get closer to the markets. We therefore restructured our distribution model, creating new affiliates in Spain and the USA, with Ulysse Nardin, as well as in Russia and Dubai. For each market, we defined distribution strategies that were appropriate to local conditions, defining the product range, the target mix depending on the type of sales we were looking for, etc. Market by market, we are redeploying the brand. In Japan, for example, we had far too many references. We asked them to work with just 60. There’s a whole process going into improving management at every level. Today we have monthly visibility of what we’re selling.

What about your image, the public perception of Girard-Perregaux?

We had to fill a gap: our campaigns did not reflect the high quality of our products, or the firm’s historical depth. We have been working on redefining our identity, and our new campaign will be unveiled at Baselworld. But we are also looking at opening up new communication channels, some of them completely new. For example, we will be inaugurating a new museum in La Chaux-de-Fonds. It will be fun and interactive, and it will explain our history, our savoir-faire, and the people who built the brand with the latest presentation techniques. It will be a journey of initiation, a Girard- Perregaux “trail”, including our manufacture, our museum, our headquarters and our workshops within a limited perimeter. It’s a way of saying, of recognising, that if Girard-Perregaux had not had this past, the company would long since have disappeared.

The brand’s ‘model’ seems to be ready. What are you waiting for?

Our projections and expectations are realistic, we don’t have any false illusions. We will open up a dialogue in those areas where Girard-Perregaux was not really present, maintain and clarify where its image was confused, and strengthen where we our position was already strong. We don’t have any great ambitions for opening boutiques, but we do want to reinforce our contacts with retailers and local agents everywhere.

As things stand, 2016 doesn’t look particularly auspicious for a relaunch.

If you’re ill and the medicine you’re taking isn’t having any effect, you ask questions and you try a different medicine. We are coming not only with a new proposal, but with an entirely new approach, based on the DNA of a brand that will be 225 years old this year. We will emphasise our heritage and our history, but in a completely contemporary way. To mark this decision, in 2016 we are bringing out 225 unique pieces, one for every year since 1791, each of which will have a specific story to tell. This history belongs to us, and it’s a tangible way of showing exactly what we’re made of. 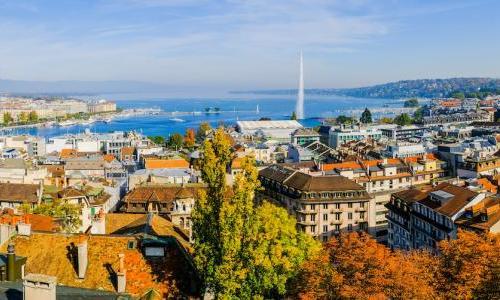 The Geneva Watch Days will be back this summer

The multi-brand watch show is back for the third consecutive year, with the same spirit and the support from the State and the City of Geneva and its (...) 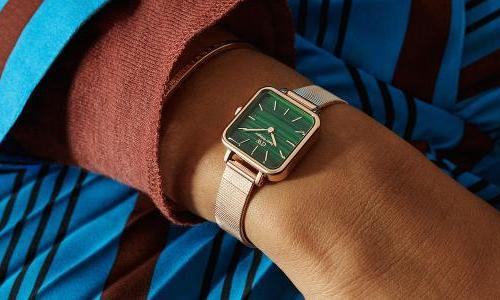 CTE Watch to distribute Daniel Wellington in the USA