Carole and Pierre Dubois have been navigating the tricky waters of watchmaking in the Vallée de la Joux for the past twelve years. 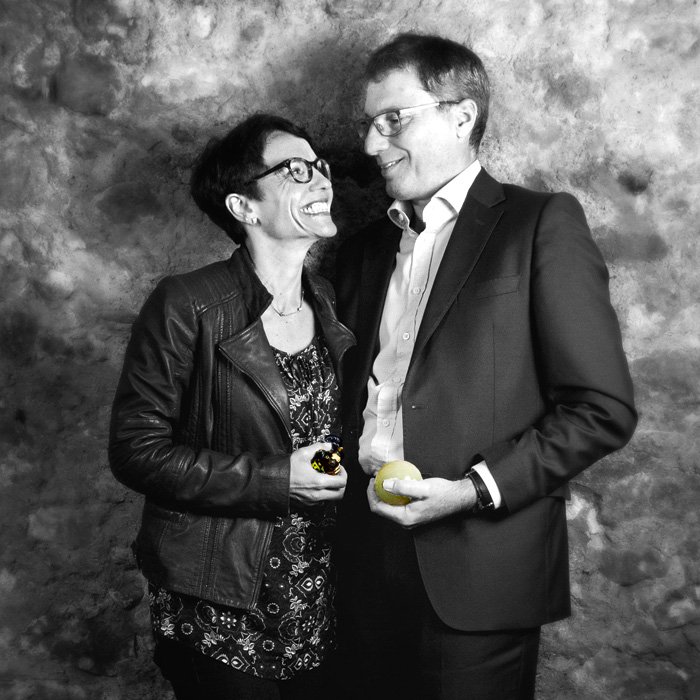 Carole and Pierre Dubois, Pierre DeRoche
Objects: Peruvian Torito and stone
“I’ve brought a little Peruvian Torito because I love travelling and for my fiftieth birthday I went on a voyage of discovery to Peru. It symbolises the wealth of knowledge you can get from other cultures, which also inspires us in our creative work!” Carole Dubois
“This stone, which I brought back from Beijing, symbolises several things – roundness, movement, the sun and the moon. When I travel, I often bring back this kind of stone – and of course when you head up a brand called Pierre DeRoche, it makes sense!” Pierre Dubois

They hoist their sails when conditions are fair and, thanks to their flexible way of working, are able to reef rapidly when storm warnings sound. They are among the rare watchmakers who feature in their own advertising campaigns – in the latest one, on a sailing yacht! The Dubois certainly keep it in the family, taking advantage of the clout of their 115-yearold, module-manufacturing neighbour, Dubois-Dépraz, their mainstay, which is run by Pierre Dubois’ two brothers. The company produces 200-250 watches a year. “We’ve rationalised our costs as far as possible, our only permanent cost being a low rent, and we have no employees because we subcontract everything to Dubois-Dépraz,” explains Pierre Dubois. “Without that flexibility, we wouldn’t be viable, the investment in Baselworld alone would be too much.” So the couple adapts when the markets get choppy, always with the utmost respect: “We’ve never had any disputes with our suppliers, which is rather rare in this industry,” adds Carole Dubois. 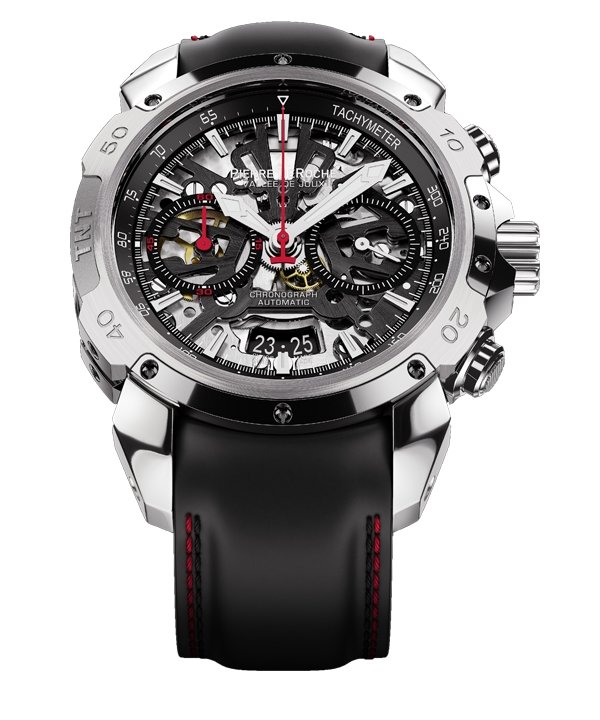 The brand’s flagship collection, immediately recognisable by its simultaneously elegant, sporty and techy look, is TNT, the most emblematic – and best-selling – model of which is the Royal Retro (not to mention the model for couples, Bonnie & Clyde!).

Since their early days, the Dubois family have nurtured a special relationship with Japan, their primary market. “We’ve had an excellent distributor there for the past eleven years,” says Pierre Dubois. We love that country, its old-style charm, its human respect, its sense of aesthetics, its passion for watchmaking... Recently, we even walked up Mount Fuji with our three children.”