BRANDS - CORUM: in the middle lane


BRANDS - CORUM: in the middle lane

The brand is back on the offensive, with its playful Bubble range and its revisited Golden Bridge model. Between its Chinese shareholders and its employees in La Chaux-de-Fonds, CEO Davide Traxler is set to play the role of intercultural translator. And to combat the clichés by offering 21st-century horology products. 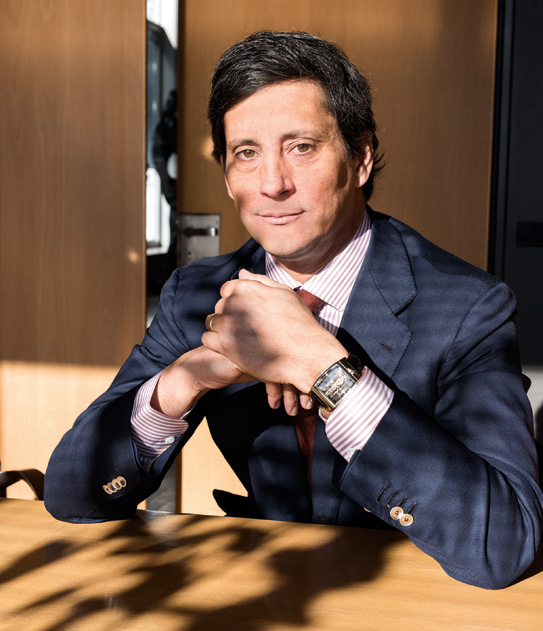 How are things at Corum ? That’s a question which has been nagging us at Europa Star, especially since the takeover of the brand by Citychamp in 2013, followed by the departure of Antonio Calce. “No news is good news” is a proverb which seems to apply only to Rolex in the watchmaking industry… Since the arrival of a new CEO, Davide Traxler, last year, there has been a marked change of tone: the brand, based in La Chaux-de-Fonds is using every means at its disposal to shake up the Swiss watchmaking microcosm, denouncing the “anti- Chinese discrimination” suffered by Corum since the takeover, while on the other hand launching a vast offensive at Baselworld with its colourful, participative and playful Bubble models, its revisited Golden Bridge with a round case, and its Admiral’s Cup range made with calibres produced by another Citychamp-owned company, its movement-making arm, Eterna Movement (see more on Eterna Movement). “We’re in the relaunch phase, with some surprising products!” says the enthusiastic and cosmopolitan Davide Traxler in his office. 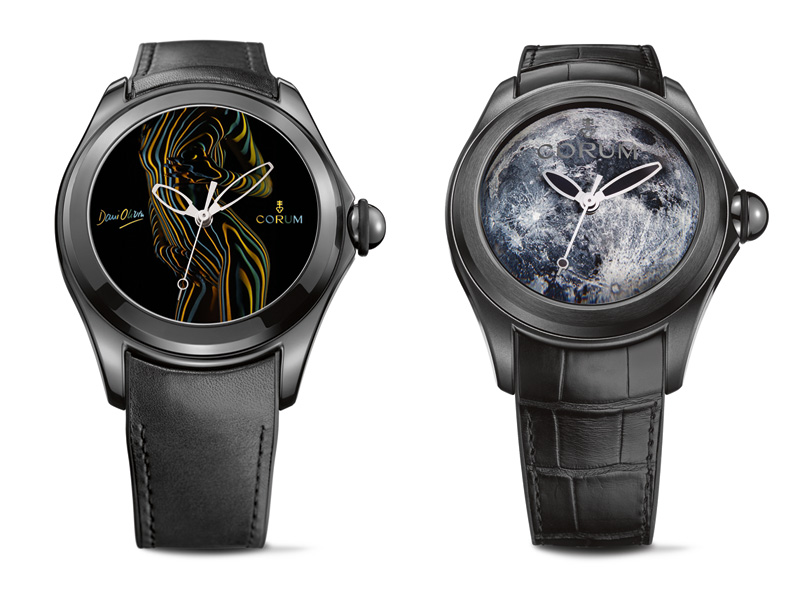 OBJECTIVE: TO GET BACK INTO THE BLACK

Before the takeover by Citychamp, Corum was posting “losses in the order of 9 to 23 million francs a year, which were absorbed by the former foundation,” explains the new chief. “We had a lot of unpleasant surprises after acquisition, such as overflowing component inventories, huge stocks and unpaid orders.”

Before launching a multitude of different projects, Davide Traxler embarked on a pilgrimage to Corum’s agents and outlets around the world (400 of them, of which only around ten are proprietary boutiques, all run in collaboration with local players). “I was surprised at their enthusiasm, as well as the goodwill the brand enjoys. In-house too, there was a much more positive dynamic than I thought. Before joining Corum, the main image I had was of Golden Bridge. What I hadn’t reckoned with was the fondness for the brand, both among its employees and its partners.”

He sees his role primarily as that of “intercultural translator” between the Chinese shareholders and the Swiss teams, which number around a hundred employees. “Unlike other CEOs, I’m not blinkered by the idea that success stems from myself – and that it’s the fault of the others if there’s a slowdown. You have to maintain an ongoing dialogue. I regularly sit back and take stock with all the employees and I advocate transparency, including with the suppliers and retailers, to restore confidence.” His prime objective: to get back into the black in 2016, with sales of 45 to 50 million francs. New subsidiaries have been opened in Hong Kong, Malaysia and Singapore: “I’m counting on the local teams and I’m not going to send ‘colonists’ out there to manage the subsidiaries, I’m no Eurocentric!” The new boss doesn’t mince his words.

“WE’RE NOT RETAILERS AND WE’VE NO INTENTION OF STARTING”

In Hong Kong, the brand can count on the logistical clout of Citychamp. But there’s no question of opening their own boutiques. “We’re not retailers and we’ve no intention of starting. As for the rest, the high-end customer wants choice.” In fact, the distribution network is currently under review. “Our major retailers tell us we’re one of the rare brands that’s growing right now.” Hardly surprising, given the comeback currently under way from a very negative situation: according to Davide Traxler, Corum posted growth of 350% in the first quarter of 2016 year on year. Which says something about the state of the brand one year ago…

The campaign that made the greatest impression at Baselworld has to be the relaunch of Bubble, with its multitude of playful variations. “Why had this watch vanished, even though every year we were getting spontaneous calls from professionals wanting to order one?” The watch was also the subject of a design competition open to all and has ushered in a series of collaborative artistic ventures, with French artist Dani Olivier who signed up for a first series, a campaign which is set to be repeated. “We’re a small brand, but we intend to set up strong ties with the art scene, where we’re much appreciated. Don’t forget that Andy Warhol owned a Coin model by Corum – as did Richard Nixon! We’re relatively young; our boast isn’t a history going back centuries, but pop art roots.” Which helps the brand strike a chord with new customer communities: “At 3,600 francs, the model will appeal to anybody interested in a fun, playful and affordable product.” It is in the same spirit that the brand intends to work increasingly through concept stores, which act as trend-setters, much in the manner of Colette in Paris, for example.

“We’ve always been open-minded and in search of collaborative projects outside our own particular world.” Vincent Calabrese had tried several watchmakers, Davide Traxler points out, before being accepted by Corum, which launched the Golden Bridge concept. But Corum’s own world is opening up with its integration into Citychamp and coordination with the group’s other brands, notably the T2 movements from Eterna, which organised their joint stand at Baselworld. “But I have to start by using up the stocks I have before making greater use of Eterna Movement. What is special about the movements used at Corum is that 85 percent of them are more than 13mm thick, whereas 90 percent of the calibres on the market in our category are less than 10mm thick. Of our products, the Admiral’s Cup is about that size, but for us it stands to reason that we’ll adapt to the market for the other models too.”

One of the particularities of Corum is that it offers a number of strong but very different collections: what do the Bubble, Golden Bridge and the Admiral’s Cup have in common? “It’s as if we were having to manage several brands within one single brand! But the main thing is to listen, to ask what people expect of Corum. Tastes differ widely from one country to another.”

Personalisation is also on the agenda: “For example, you’ll be able to bring your grandmother’s timepiece and leave with your own Coin watch. In the current context, you have to be able to offer more for the same price.” And what about smart watches, since they also build on the playful aspect? “A very interesting innovation, but it’s not us. No retailer mentioned that to me during my recent travels. That is and remains an obsolete tool.”

Conserving Corum’s sharp, pop image, renewing ties with lovers of art and design and, more prosaically, selling watches without favouring one market over another, in other words, harbouring global ambitions.... at the end of the interview, Davide Traxler quotes the composer Gustav Mahler: “‘Tradition is keeping the flame alive, not venerating the ashes’. Luxury has an ephemeral side to it, it has no use, so it’s a sign of deliberate choice. Before the First World War, the wealthy classes were those who had most free time. Today, time is the great luxury. We shouldn’t forget that we represent a purchase which is purely for the sake of pleasure. You only buy a watch or a piece of jewellery when the conditions are propitious. Take a step back; it’s a privilege to work in our sector.”