News from the spring watch auctions in Geneva

News from the spring watch auctions in Geneva

In a week in which Europe’s stock markets wobbled at the prospect of Greece exiting the Euro zone, results at the spring watch sales in Geneva of two of the major auction houses showed that collectors still have plenty of cash to splash out for the right kind of models.

Antiquorum and Christie’s both held auctions this week, generating over 40 million Swiss francs in total. Antiquorum’s sale brought in CHF 13,766,737, while Christie’s achieved the second highest result ever for a watch sale at the company, selling 95 per cent by value for a total of CHF 30,283,350.

The top seller at the Antiquorum sale was a Patek Philippe Ref. 2523 “World Time”, which sold for CHF 1,190,500—twice its estimate. A Rolex Submariner Ref. 5512 previously owned by former Mossad Director Isser Harel saw lively competition in the bidding that took the final sale price to CHF 248,500— almost nine times its estimate and a world record for this model. 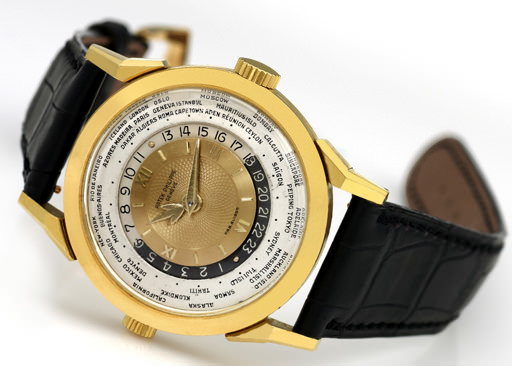 Christie’s sale was boosted by the determination of Breguet president Marc A. Hayek to secure two exceptional pieces for the company’s museum. Hayek shelled out close to seven million Swiss francs to acquire the two watches: an extremely rare pocket watch with two movements (no. 2667) and a “half-quarter” repeating watch with equation of time (no. 4111). 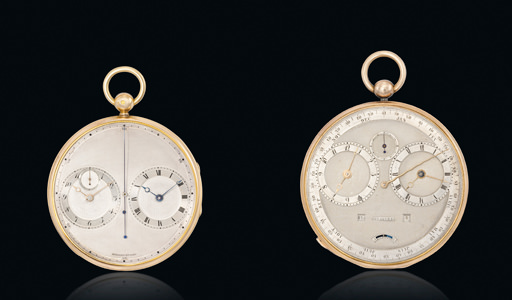 The two Breguet watches acquired for the Breguet Museum

The spectacular gold precision watch with two movements, which was recorded as sold in August 1814 to Mr. Garcias of London for the sum of 5,000 francs, set a new world record price for a Breguet watch at auction, fetching CHF 4,339,000.

Breguet no. 4111—one of only two watches made with two independent dials and a half-quarter repeating mechanism—was originally created for the banker Peyronnet, but was repurchased by Breguet and sold again in 1834 to Count Charles de l’Espine. It sold for CHF 2,547,000.

These four watches selling at over two million Swiss francs each helped Christie’s to achieve its excellent overall result for the day after what Aurel Bacs, International Head of Christie’s Watch Department, termed a “seven and a half hour marathon in front of a packed room”.