Will this be the summer of Swatch?

Will this be the summer of Swatch?

China will be a key market for the success of Swatch’s much anticipated smartwatch. But on the home front, it’s cow bells all the way, to celebrate Swiss national day.

This summer, Swiss watchmaking giant Swatch will announce its first smartwatch for the American, Chinese, and Swiss markets. “We will announce the launch of the Swatch NFC watch later this summer.” Hayek said in an interview with The Wall Street Journal. 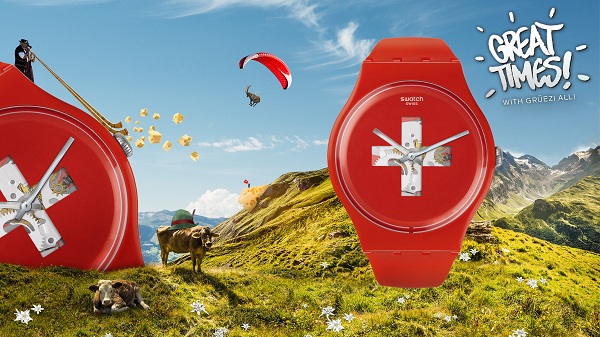 Promo for the Swatch GRÜEZI ALL! collection

The announcement will also elaborate on “major partners” that the Swiss brand has been working with. Speculation is that those partners will be payment service providers. So we can expect Swatch’s new smartwatch to sport its already well-known plastic watch design, as well as remote payment options.

In fact, according to the latest reports Swatch might already have an existing payments deal in China in place, with China UnionPay. China is a key market for Swatch. According to the brand’s half-annual report, the Chinese market continues to grow in the high and middle range timepieces from the Swatch Group. But at the top of the growth list is the introductory Swatch brand range. So the success of its new, basic smartwatch in China will be a key barometer for its smartwatch strategy overall.

We are not exactly sure of the exact release date yet, but Swatch has at least confirmed that its new smartwatch will most probably go on sale sometime in the second half of 2015.

But while the market awaits the launch of Swatch’s latest offering and what impact that will have on China, back in Switzerland Swatch is paying tributes to its heritage. 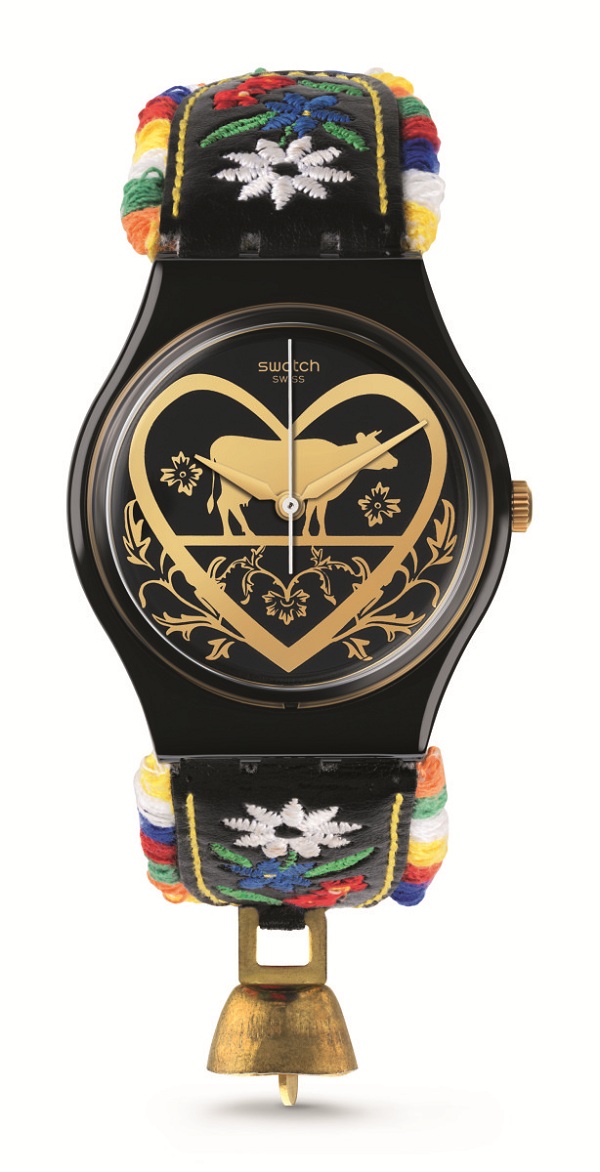 As a tribute to the homeland of Swatch, the group recently released the GRÜEZI ALL! Collection as part of its basic range. The release was strategically made, of course, just in time for Swiss national day on August 1st.

So while it is too early to tell whether Swatch’s smartwatch strategy will pay off – especially in the Chinese market with its mobile payment option – it’s clear what strategy the brand has for the domestic market. Yes, back in Switzerland, Swatch is milking everything it can out of Swiss tradition, as it can be seen from its DIE GLOCKE (“The Bell”) timepiece. (VJ)