The Italian brand’s latest creations are a showcase of unmistakeable Roman elegance.

Fendi Timepieces, previously licensed to Taramax, has been wholly under the control of LVMH since December 2013. At the helm is Domenico Oliveri, a trained nuclear engineer, astonishingly, but also Fendi’s Director of Operations since 2002.

We asked Luigi Vivone, product design and development manager for Fendi Timepieces, to sum up the DNA of this Italian fashion house, founded by the five Fendi sisters, which has had Karl Lagerfeld as its artistic director for more than 20 years, since 1992. The answer is deceptively simple: “eccentric luxury”. But what does that mean, exactly? 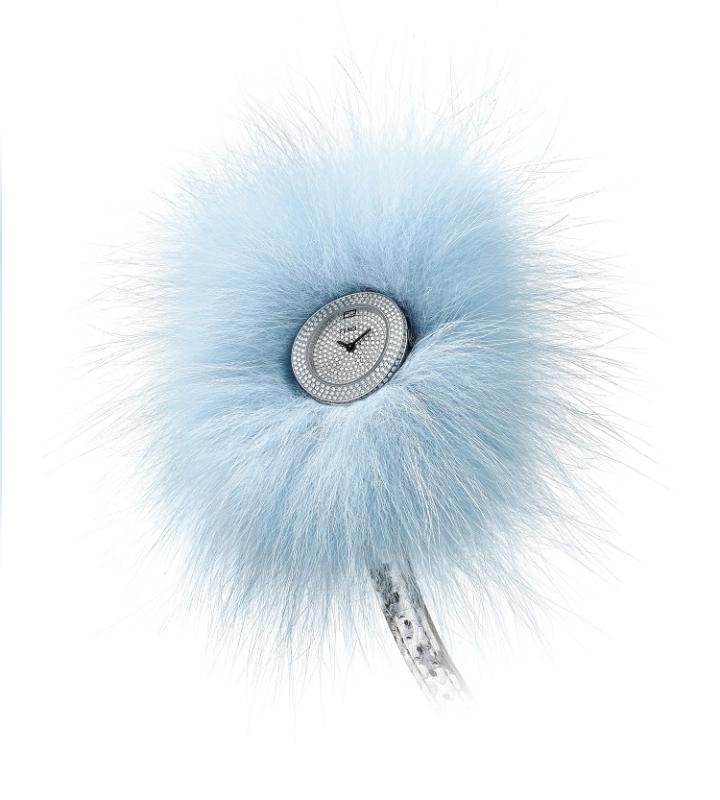 A closer look at the latest collection presented at Baselworld should give us a better idea of what ‘eccentric’ means here, in the temple of watchmaking. Take, for example, the Fendi My Way, a pretty pavé-set watch in the shape of a Roman amphitheatre, all but lost in the centre of a sky-blue ‘Glamy’, a sort of fluffy collar made of Arctic fox fur, mounted on an elaphe snakeskin strap. It’s nothing if not daring. 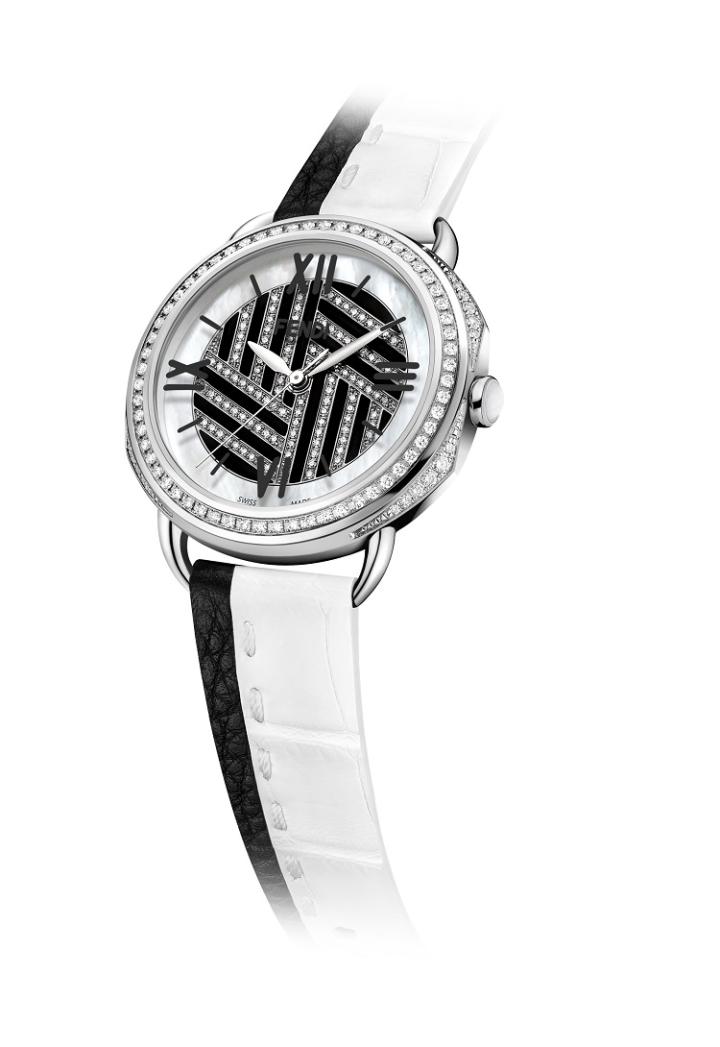 Or take the latest creations in the Selleria collection: two-tone Roman leather, oversized saddle stitching down the centre of the strap, mother-of-pearl or galvanised dials with strong geometric patterns inspired by one of the great coat designs by Karl, a completely interchangeable bracelet, which can be detached at the lugs, transforming the watch with its complex shapes (truncated ovals around the sides) into a flexible accessory... An explosive mixture. 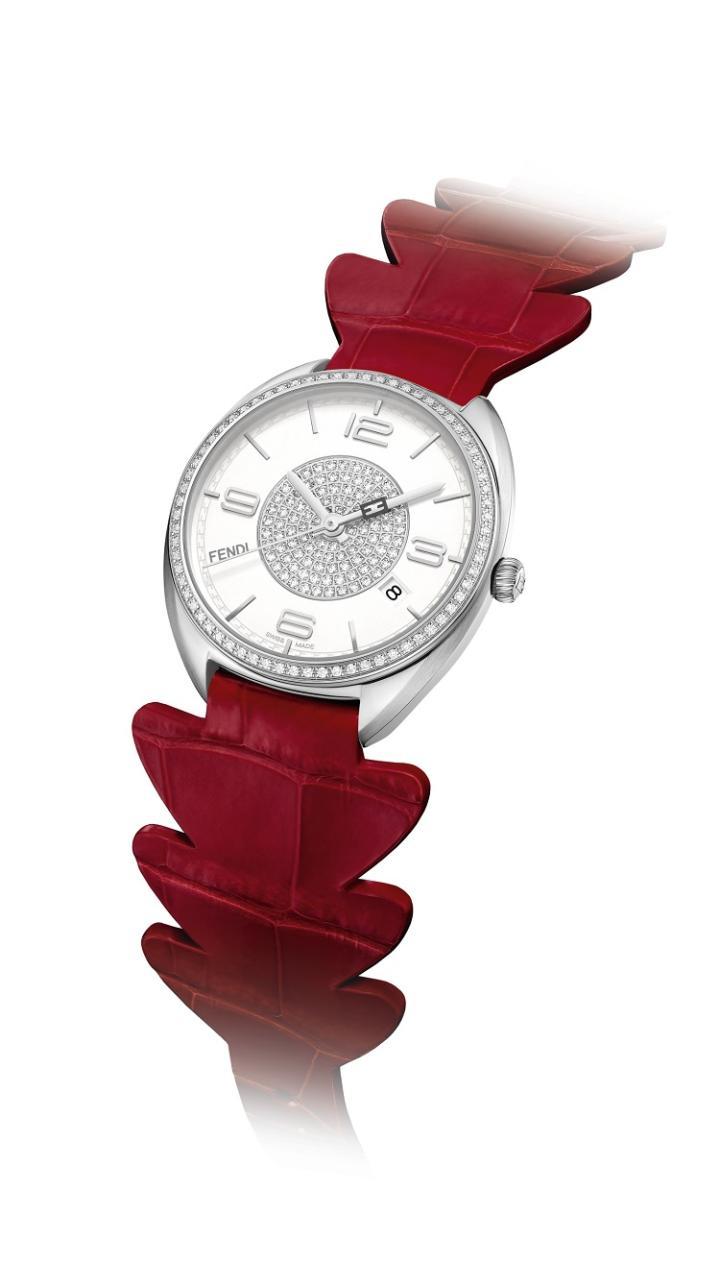 Or do a double-take at the alligator strap in the shape of an alligator, with its chunky overlapping triangular scales, fitted to the Momento Fendi, available in a limited edition. It’s certainly different from anything else we’ve seen.

So, did we say ‘eccentric’? Yes, but eccentric like the portrayal of Rome in the film La Grande Bellezza: its unmistakeably Roman elegance can play around with shapes and colours while remaining impeccably well-groomed, like a frenzied rave amid the stately ancient ruins.