COMMENTARY: What were they thinking?

COMMENTARY: What were they thinking?

In this special commentary feature, Fabio Anderaos de Araujo, a.k.a “The Mechanical Watch” takes a deeper and more critical look into the reasoning behind some of the recent moves by the big players in the watch world. Today, Apple and Baume & Mercier are placed under the loupe.

In a crowded watch world, it seems there is always some brand making an announcement of new partnership, and another presenting the release of a new timepiece. For example, Europa Star recently covered a series of new announcements by Apple. One confirmed that Apple will partner with luxury fashion house Hermès in an attempt to infuse more luxury into its smartwatch offering. It showed that the brand might need some help in establishing itself in the high-end space.

In another example, we looked into the Baume & Mercier release of the Clifton 1830 five-minute repeater pocket watch. The Clifton 1830 pocket watch indicated that the company was looking back into its historical toolbox to sell watches better today.

But what do these moves really mean for the brands in question, and the industry as a whole? What were they thinking when they made these decisions? Below, Fabio Anderaos de Araujo, a.k.a "The Mechanical Watch” looks deeper into the reasons motivating the recent decisions by Apple and Baume & Mercier:

“Two faces of the same coin”

By: The Mechanical Watch

In order to offer more options in its collection, Baume & Mercier recently introduced the new Clifton 1830 five-minute repeater pocket watch, in a rose gold case. Inspired by the historical roots of the company, it is meant to celebrate the company’s 185th anniversary this year. 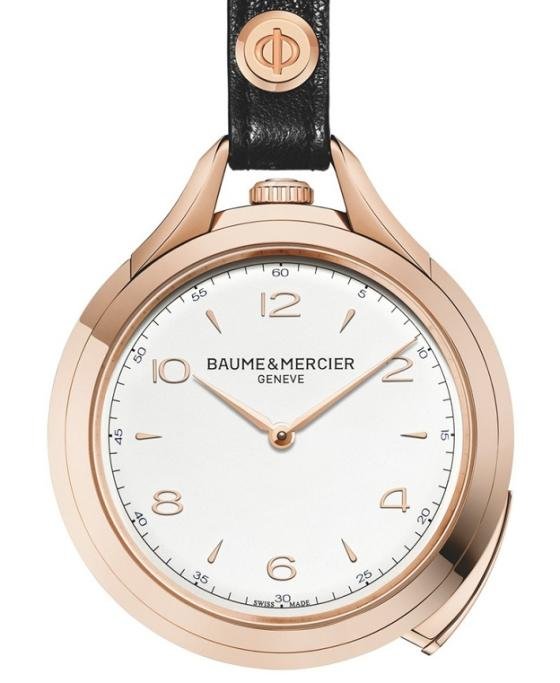 The new model was very well conceived, with a magnificent hand-wound mechanical open-worked movement, which can be observed through the sapphire crystal on the back of the watch.

Since the new watch is a limited edition of only 30 pieces and brings quite a rare complication to the table - the five-minute repeater - the suggested retail price is rather high, around US$ 54,000. The total sales revenue at that price would be around US$ 1.62 million. It is not a huge amount, but provides a good visibility of the brand among the high-income customers and watch aficionados. It also might increase sales of watches in the brand’s other collections. 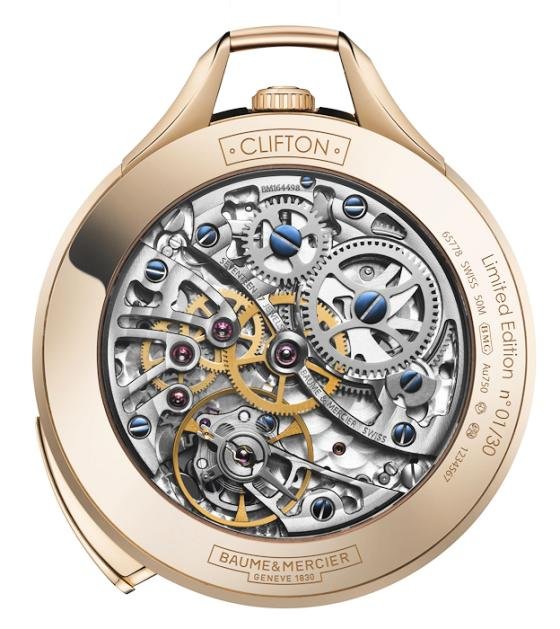 Less tangibly, the limited edition demonstrates to the public that Baume & Mercier is strongly committed to its business, regardless of the fact that the majority of consumers do not have enough money to buy such special timepiece. To the eyes of the public, therefore, the model can show the brand’s savoir-faire.

Hermès, on the other hand, followed another approach. No doubt that Hermès is a very large and famous company in the luxury fashion consumer segment, but it is not a traditional watchmaker. The brand is famous in clothing, leather products (the company, for example, has exclusive suppliers of leather in Argentina which has the best cattle in the world), perfumes, and accessories primarily for women.

But in 2012, Luc Perramond - CEO of Le Montre Hermès until the end of 2014 - said in an interview “to become a credible watchmaker you need to pay as much attention to the inside, the mechanical movement, than the design of the watch.” Hermès therefore acquired a 25% stake in Vaucher Manufacture Fleurier (75% of shares belong to Sandoz family) in order to produce its own mechanical movements for the Arceau watch collection.

This collection features quite an interesting model, the Arceau Phases de Lune pocket watch, in white or pink gold case. The retail price is US$ 31,000 for the pink gold case version and US$ 34,000 for the white gold case version. Although the model is produced in a non-limited edition, the strategy is not too far off from the one by Baume & Mercier: high price point, for high-income consumers. 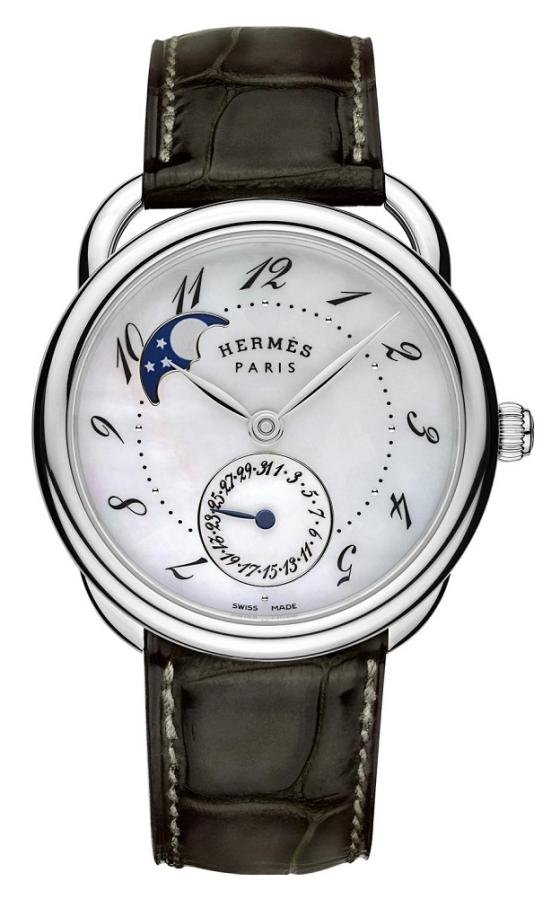 However, recently the French luxury goods producer launched the Apple Watch Hermès, whose retail price is between US$ 1,000 to US$ 1,500, depending on the model.

For Apple the partnership with Hermès seems very promising. Hermès may be a vehicle to boost Apple watch sales, because the Hermès brand name is very strong and has a good reputation among the high income customers. Further still, Apple does not need to invest in additional points of sales for the new watch, which in general requires a lot of money.

But why did Hermès drop down to the lower-end marker and take a different strategy form the one used for the Arceau Phases de Lune pocket watch? In fact, the partnership might be negative for the French brand, because through the partnership Hermès might have brought another competitor to its own, lower-priced watch models. One would imagine that in the contract between Apple and Hermès, the licensing fee being paid to Hermès would make it up the difference. 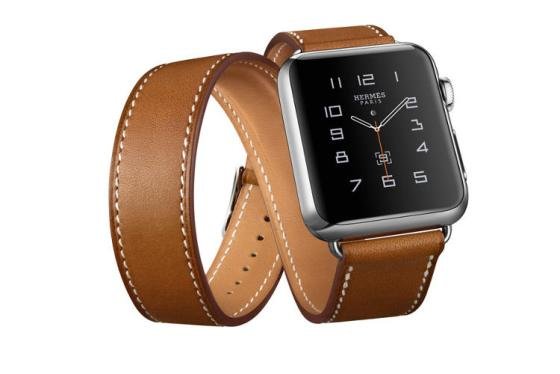 But the key question still remains: in the long term, who will create more value for their business, Baume & Mercier or Hermès? Stay tuned for more insights on these insights from watch industry.