Inspired by the sapphire blue hues of the deep ocean, Ulysse Nardin has introduced the Ulysse Anchor Tourbillon, a 36 piece limited edition release available in either white or rose gold.

Blancpain isn’t the only brand out there inspired by the depths of the deep blue sea. The latest Ulysse Anchor Tourbillon - an update of the award-winning wristwatch that premiered in 2015 - delivers a cascade of sapphire hues that appear to flow endlessly, producing a seemingly translucent enamel dial. 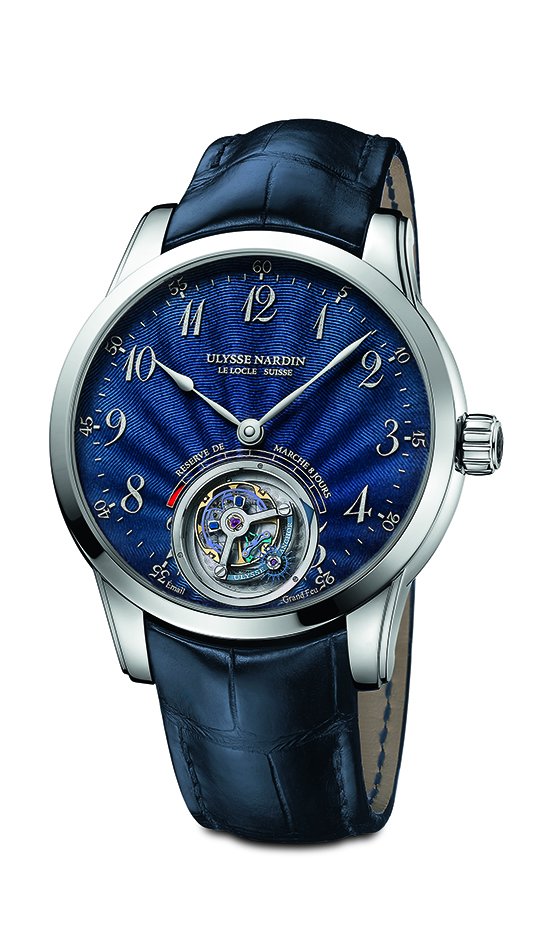 In this model, Ulysse Nardin has demonstrated its masterful command over both artistic tradition and technical invention, all wrapped up in a sharply beautiful timepiece. In terms of tradition, the classic art form of enameling is a hallmark of Ulysse Nardin, a technique mastered only by a few.

The dial of this watch is the product of the artisants at Donzé Cadrans, a Ulysse Nardin subsidiary company. After forming the cavities on the dial in a thick metal surface, they are filled in with powdered, blue enamel and fired until it melts. It is then sanded by hand by the master-enameller to expose its authentic azure radiance. The hues on the dial are perfectly complemented by the rose gold case, but it also works well in white gold. Both options are available in a limited series of only 18 each. 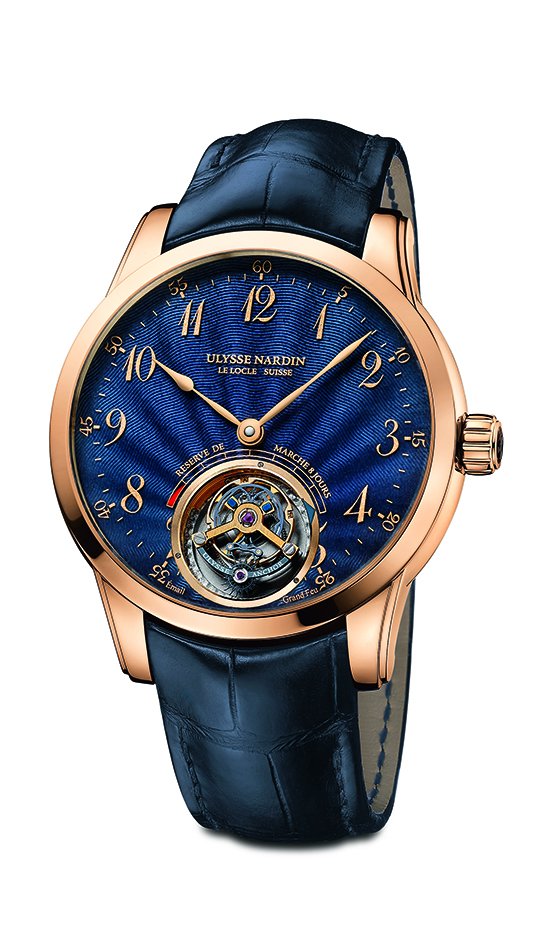 This classic technique is juxtaposed with Ulysse Nardin’s pioneering technology. The first Ulysse Anchor Tourbillon, for example, owns three prestigious awards, the most recent being the Tourbillon Watch Prize awarded by the Grand Prix d’Horlogerie de Genève (GPHG), as determined by an international jury of recognized experts, collectors and watchmaking journalists. 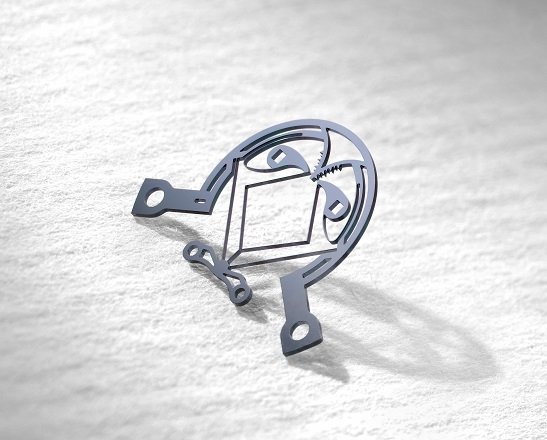 Offering something different than the traditional Swiss anchor escapement, the Ulysse Anchor Tourbillon delivered a world first constant force escapement made entirely of silicium. It features a circular frame with a pallet fork that moves without friction, and is housed in a 60-second tourbillon cage. The watch’s overall architecture – which took no less than eight years to finalize - is based on the principle of flexible mechanisms, which exploits the elasticity of flat springs.

The overall arrangement of the movement is quite the technical achievement. The pallet fork is fixed in the center and supported by two minuscule blade springs. Mounted perpendicular to each other, the springs are precisely bent in a curve that keeps them in a bi-stable state. The result: a positive energy balance that maintains the oscillations of the balance wheel at a constant rate without torque disruptions. What it means for the wearer: a highly precise and reliable timepiece. 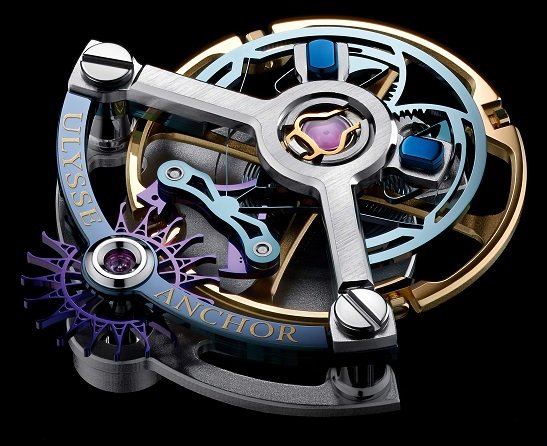 The original Ulysse Anchor Tourbillon successfully revolutionized the way power is transmitted to the regulating system. This breakthrough significantly improved the timekeeping accuracy of the watch, which has been difficult to surpass. Its newest rendition features an impressively enameled dial inspired by the deep blue see. But the depth of the movement of this wristwatch is equally incomparable.