Hermès has confirmed its artistic flair for watchmaking once again, with the new Slim d’Hermès Mille Fleurs du Mexique wristwatch. Released in a highly limited six piece edition, the French luxury goods house has adopted a mother-of-pearl dial as a canvas for its latest creation. Entirely hand crafted in-house, the new watch represents the pinnacle of miniature painting. 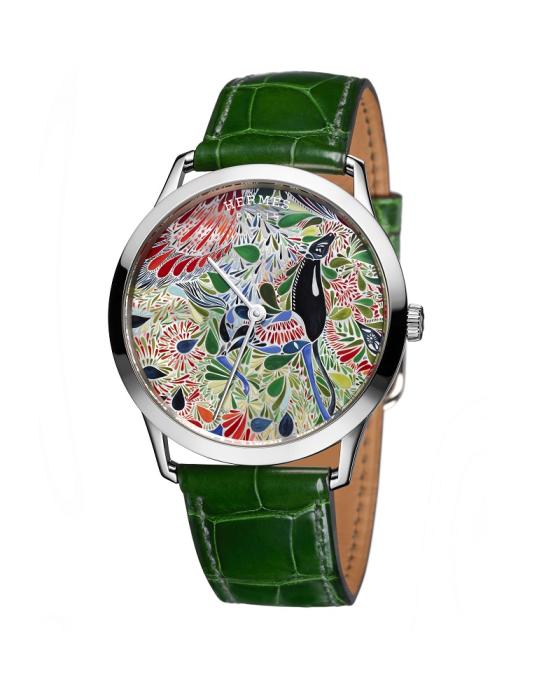 The inspiration behind the design is a motif found on a scarf designed by Laetitia Bianchi. Drawing upon the folklore of her native Mexico, Bianchi’s “Mille Fleurs” motif – which translates to “a thousand flowers from Mexico” - features an array of cut leaves and flowers, reminiscent of the 15th and 16th century tapestries after which it is named. Alternately appearing or vanishing depending on the perspective, the juxtaposing elements are also a nod to what the passage of time actually represents. 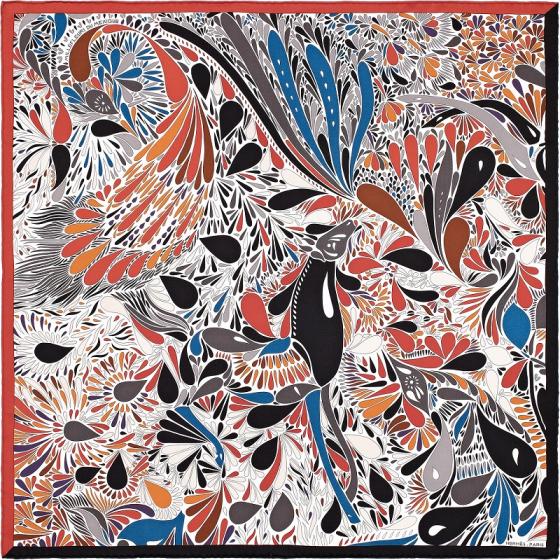 Giving new life to the “Mille Fleurs” motif, the master artisans at Hermès meticulously hand-crafted each line of Laetitia Bianchi design on the dial. Once sketched out, an artisan delicately wields the tip of a brush and applies around twenty layers of colour on the dial, interspersed by successive firings in the oven at 90°C to dry the painting.

The unique pictorial work on the dial is framed by a simple white gold case with pared-down lines, which takes no attention away from the beautiful watch face. As part of the brand’s Slim collection, this model features the ultra-thin Manufacture Hermès H1950 movement. An alligator strap - also made in the in-house workshops - provides the perfect finishing touch. 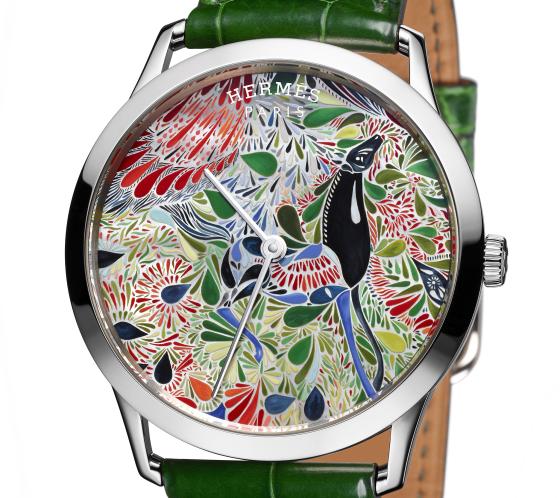 Priced at 65,000 Swiss francs, the Slim d’Hermès Mille Fleurs du Mexique certainly doesn’t come cheap. But the attention to detail and contrasting colours on the dial make this an art piece befitting any fine collection.