The French luxury goods maker has obtained the “Geneva Seal” and joined a prestigious circle of watchmaking houses that share the certification. Its new Flying Tourbillon “Poinçon de Genève” timepiece - a delicate skeleton watch fitted with a tourbillon regulator - represents a major watchmaking advancement for the brand.

Louis Vuitton has stepped it up a notch. The brand that we often associate with luxury handbags has just made a serious advancement in its watchmaking, attaining the “Poinçon de Genève” certification.

The independent institution - regulated by the laws of the Geneva canton - guarantees the highest degree of craftsmanship and compliance with fine watchmaking standards, which have been established since 1886. So what exactly did Louis Vuitton do with its Flying Tourbillon to receive the high distinction? 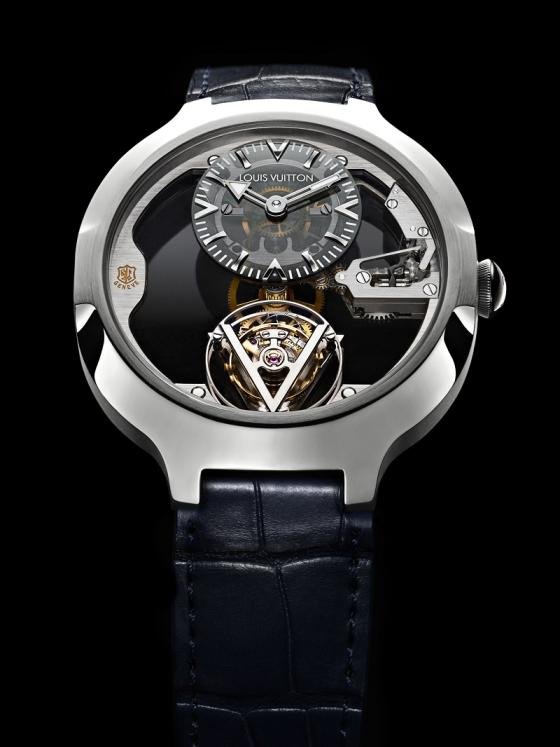 One criteria of the “Poinçon de Genève” is that the surface of each watch component must be decorated. On this watch, each square millimetre displays a meticulous attention to detail. The V of the tourbillon cage at 6 o’clock is entirely block-polished and has a mirror-like shine. The bridges at the back of the movement are all horizontally satin-brushed. Even parts that are invisible, hidden by other elements, are circular-grained or finished by the master watchmaker. 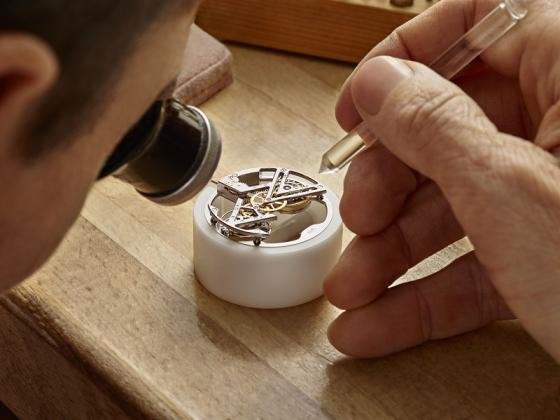 Additionally, the Platinum 950 case alternates between a mirror polished and circular satin-brushed finish. The contrast of these textures reinforces the subtle play on volumes, which is all the more impressive considering the slim 9.1mm profile of the watch.

Inside, the new LV104 calibre was developed from scratch by La Fabrique du Temps Louis Vuitton, with the criteria of the “Poinçon de Genève” specifically in mind. The result is the most aerial and minimalist of movements ever designed by Louis Vuitton. Reminiscent of some of the fine timepieces by Quinting, the skeleton calibre appears to be suspended in mid-air, as if it is floating inside its 950 platinum case. 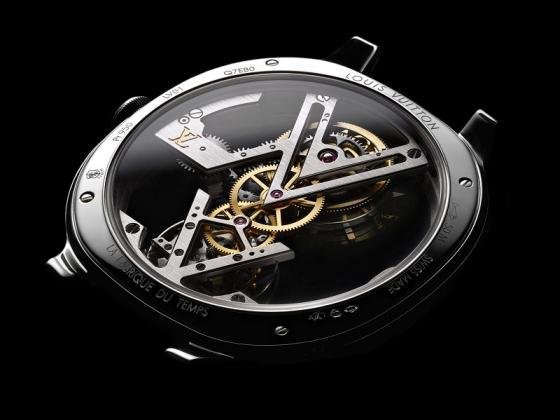 Transparency dominates this watch, overtly showcasing the technical prowess of the brand to the experts which grant the Geneva Seal. At 6 o’clock we have a completely new flying tourbillon, consistent with the lightness of the watch. Technically, it means that it is not held by an upper bridge like a normal tourbillon, it is only supported from below. Aesthetically, it means that we get an unobstructed view of the movement from nearly every angle.

The visual effect of this technical achievement is equally dramatic, projecting the letter “V” towards the onlooker. The lower tourbillon bridge, and the incidences on the off-centred dial at the noon position also replicate the V shape. A nod to Louis Vuitton’s identity, the V motif is inspired by the brand’s “Volez, Voguez, Voyagez” motto. 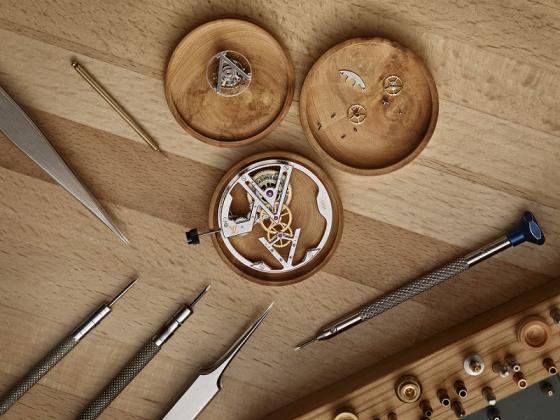 As the newest addition to the Louis Vuitton collection, the Flying Tourbillon “Poinçon de Genève” is the perfect example that less can be more. The watch is dramatic precisely because it plays with the idea of nothingness. At the same time, it demonstrates a timeless sophistication befitting of the Geneva Seal. Combined, these unique features elevate Louis Vuitton to the highest degree of watchmaking.