The Swiss watchmaker has released its new COSC-certified automatic wristwatch with chronograph and tourbillon complications. But the most ground-breaking part of the watch is actually its relatively affordable price!

Good news comes in twos, especially when it’s TAG Heuer delivering it. During Baselworld 2015, we covered the brand’s announcement of its partnership with Intel and Google on a new smartwatch project. Later that same week, they also announced the TAG Heuer Carrera Heuer-02T.

Both announcements were big news: the first would produce a luxury smartwatch to rival the Apple Watch, the second would produce a mechanical wristwatch with both tourbillon and chronograph complications at a ground-breaking price. 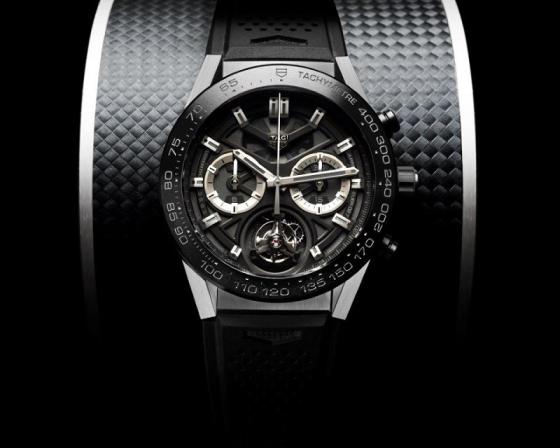 A few months ago TAG Heuer delivered on its first promise, releasing the Carrera Connected smartwatch. It was only a matter of time before the brand fulfilled its second promise.

As the second release from its new backbone collection of contemporary manufacture chronographs – following the release of the Carrera Heuer-01 – the new Carrera Heuer-02T is a COSC-certified automatic chronograph combined with a titanium and carbon flying tourbillon. But most impressive is the fact that it can be had for a surprisingly affordable price, just under CHF 15,000 (more on that below). 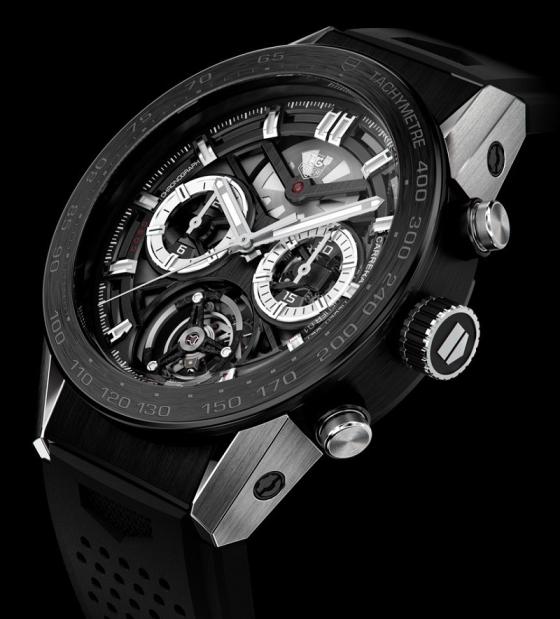 The watch was developed based on the already solid foundation of the CH-80 chronograph. But the main technical challenge with this watch was to house a single barrel, the chronograph functions, the automatic winding mechanism and the flying tourbillon all within a diameter of 32 mm. Easier said than done when considering that the counters on the dial need to be well spaced to create a balanced look. But they pulled it off, and managed to attain COSC certification on top it, which guarantees that the chronometer meets the highest accuracy standards. 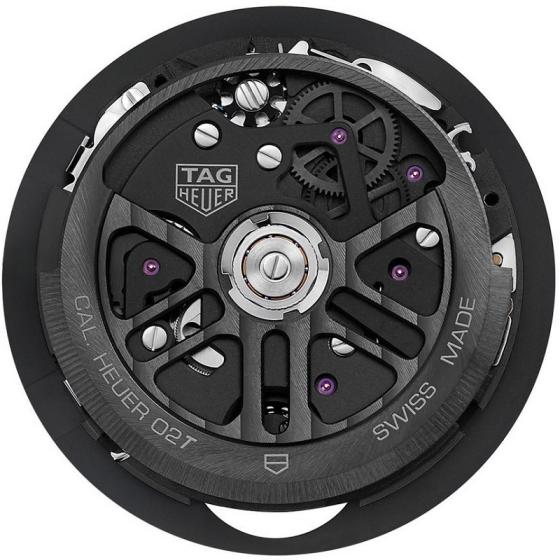 That’s partly thanks to the lightweight tourbillon at its core, which also boasts a power reserve of 65+ hours. Its design was actually inspired by the Monaco V4’s tourbillon, which also has central sections made from titanium and a carbon top section. Hand-crafted by four watchmakers, all the fitting, assembly and adjustment work is performed by hand and the main components are manufactured in-house at the workshops of the manufacture.

The impressive movement is housed in a next generation 45mm case made from grade 5 titanium, making it lightweight and more shock-resistant that previous models. And because of its modular construction – made from 12 different components – the design opens up a wide range of combination of materials, colours, treatments and finishes for future models. 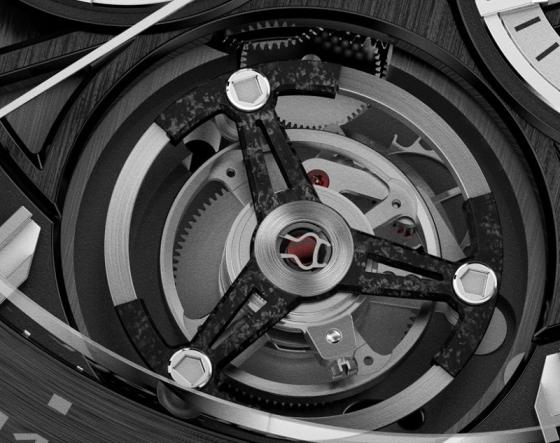 Overall, the TAG Heuer Carrera Heuer-02T can be summarized simply as “accessible luxury”. As far as we know, it is the only Swiss made COSC automatic chronograph with a tourbillon that costs below CHF 15,000. That figure is even more impressive when you consider that the low end of the Swiss tourbillon market hovers somewhere in the range of CHF 40,000, and some of those models might not even match the Carrera’s power reserve or chronometer certification standards.

So while TAG Heuer made a splash with the release of its Carrera Connected smartwatch, the Carrera Heuer-02T is probably the more revolutionary of the two watches, when considering what you get and at what price point compared to the competition.