A special featue by our partners at Digital Luxury Group (DLG)

A special featue by our partners at Digital Luxury Group (DLG)

In the lead-up to the colossal Baselworld 2016 in a few weeks’ time, Luxury Society’s Editorial Director Daniela Aroche spoke to independent watchmakers about the trials and tribulations of their digital evolution. They give us their exclusive insights on the move to digital in 2016.

Last year Luxury Society predicted that amongst the various generational, behavioral and market trends to watch in 2016, everything “digital” would be at the heart of the luxury sectors’ decision making-process this year.

“Luxury businesses need to fully embrace digital because their consumers already have. Globally, 95% of luxury buyers are digitally connected and it’s estimated that 75% of luxury purchases are influenced by at least one digital touchpoint.”

But the luxury fashion, beauty and jewellery brands have been the ‘early adopters’ of digital, with the watchmaking industry one of the slowest to embrace the new era and all that comes with it.

“Much of the industry is set in their way as to how to approach watch marketing focusing on celebrity endorsements, events and print. With that mentality comes a bit of fear… as well as a lack of innovation when it comes to social campaigns. The audience luxury watch brands are trying to reach is relatively small and in speaking with decision makers many feel that digital stars aren’t reaching the customers they want to reach.”

However, the market is changing and demand is evident for watch brands to be digitally adept. As Luxury Society discovered at SIHH in Geneva this year, the watchmaking industry is at a tipping point, and poised to actively make its mark on digital in 2016.

It is against this backdrop, and in the lead-up to the colossal Baselworld event for the watchmaking and jewellery industry next month, that Luxury Society investigated the digital aspirations of independent watchmakers.

In the midst of SIHH, which had traditionally been dominated by subsidiaries of the luxury conglomerate Richemont, this year marked a change in the air when, for its 26th edition, the event inaugural welcomed nine independent watchmaking firms into the fold.

However despite the increased exposure, faced with the proverbial David vs. Goliath challenge independent watchmakers are faced with the age-old challenge of how to stand out and do things differently against the established players.

For their part, MB&F – the legendary rebels who draw their strength from off-beat creations and collaborations orchestrated by founder Max Busser – don’t seem concerned about carving their niche. On the contrary, the brand’s Head of Communication Charris Yadigaroglou says the changing definition of luxury is organically providing independent brands with a unique digital voice which rings out above the rest:

“Those megabrands will be even more and more powerful, but precisely because they want more and more space, and because they’re marketing with more and more sophisticated and powerful machines and so on, I think there will definitely be a need, with at least certain types of customers, for those crazy alternative, off-beat brands, because they’ll want a break from that sort of standard megabrand thing every so often." 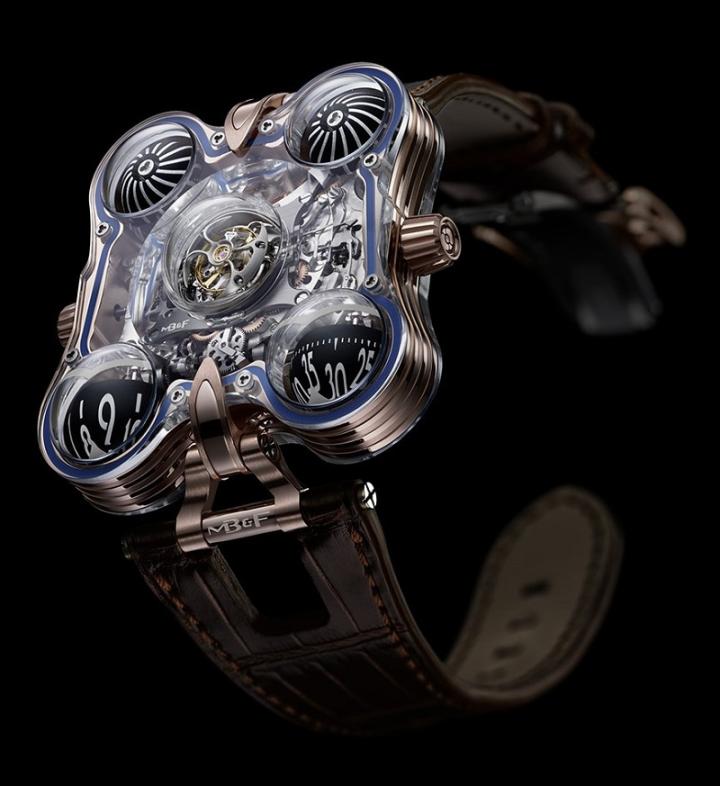 Explaining why their digital initiatives are managed internally as opposed to handing it all over to an agency, Yadigaroglou adds that because MB&F is an independent house, their target markets are niche and, increasingly, more specific than bigger brands – so a mass-market approach, on any level, is something they tend steer away from.

“So as an independent brand, you’ve got to go all the way now, because you have to be super authentic, and exclusive, but you also have to provide access. To strike this balance we do all of our social media ourselves, in-house. We know with the customers who come to us, that MB&F is exactly what they’re looking for. So, if we were to serve them the same megabrand treatment, they’re not getting that alternative vibe.”

By comparison, Urwerk – the award-winning watch brand based in Geneva, Switzerland, run by Felix Baumgartner and Martin Frei – has taken a different approach, relying on its trusted retailers across its key markets to spread the word via digital channels. According to Frei:

“They know more about their individual markets and they can offer a local approach, and we have great relationships with them, they know our product – so we trust them to do it [digital].” 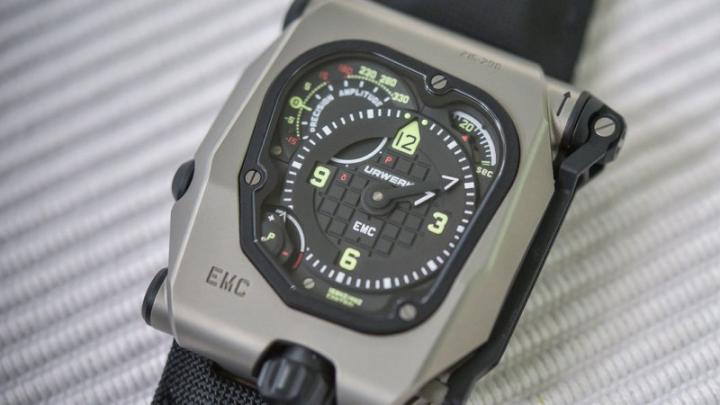 But digital is becoming an ever-increasing consideration for the brand, particularly in markets like China. Frei explains further:

“China, for example – they have different tools there, and we don’t use them, so it’s something we have to look at going forward and invest in more.”

For her part, De Bethune Executive Director Estelle Tonelli also agrees with Frei that more can be done on the digital side of its business. She admits that De Bethune hasn’t been as active in this area as is required to best connect with new markets and attract attention from the ‘next generation’ of luxury consumers:

“As far as digital is concerned, we are slow adopters. So, unfortunately, we are indeed an example of the slow adoption of watch brands towards digital. I personally think that watchmaking industry is a slow adopter because of the nature of its products. We are always concerned by the content of our messages and want to secure a deep understanding of our ‘know-how’. Also, communication is like distribution: very traditional and conservative. And many people still, wrongly, think that digital is not adapted for luxury products.” 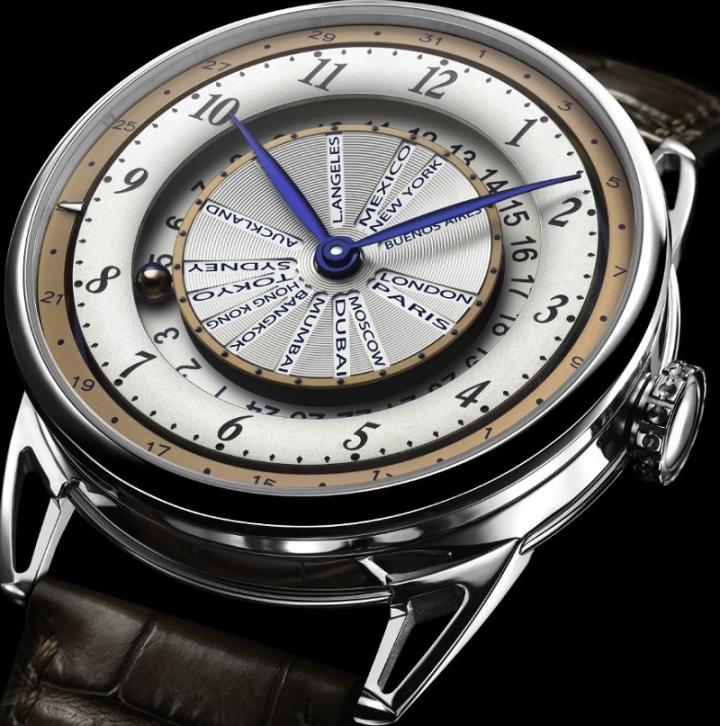 She admits candidly that De Bethune has not invested much in communication, due to a limited budget, which was traditionally spent primarily on print media and events. But this will likely change in the years ahead, “I would even say that this will be a key priority in 2016,” Tonelli says.

For Finnish watchmaker Kari Voutilainen, changes in terms of disposition to digital are also on the horizon:

“I don’t do any market research on this, per se, but I have noticed, of course, that after an event when people come and take pictures and post, interest in the product grows. So I am being pro-active with that and it is a consideration in my business plan, more than before.” 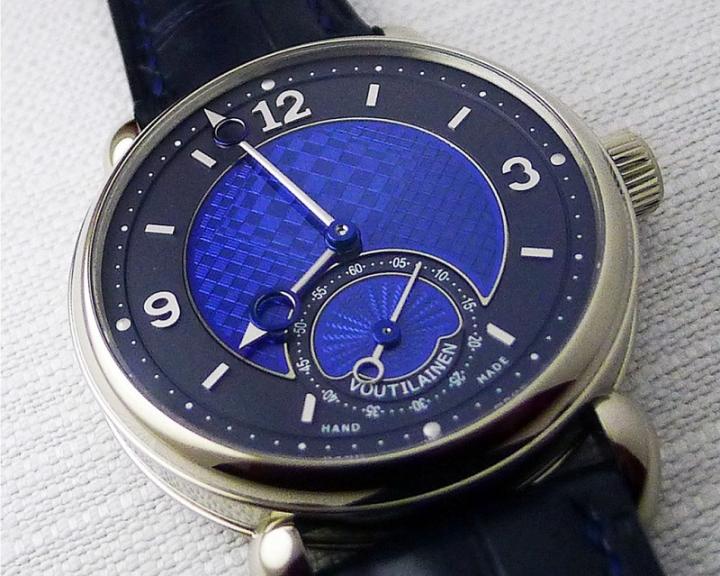 But he adds that as an independent watchmaker first and foremost, his focus will always remain on the intricate creation of the product, rather than on its promotion and marketing:

“In the end, for me, it is obviously a case of two very different strategies. You have the independents who are more about authenticity, they are more authentic. We really take care of the craft and the art in making a watch, and we’re also very focused on a very niche customer base. Whereas, obviously, with the bigger brands, it’s broader. It’s much, much broader. They have a bigger production volume, so they do big advertising, spend big on marketing … Everything is big. But for us, everything is smaller, but more detailed. I feel like that to me is the difference between us, in almost every aspect.”

For Luxury Society’s special Baselworld operations, link to #LSBaselworld and check out their website.