TAG Heuer is off to the races again


TAG Heuer is off to the races again

The brand known for its iconic timepieces celebrating Formula 1 has released a reinterpretation of another classic at Baselworld: the TAG Heuer Monza.

TAG Heuer is synonymous with Formula 1, having released several timepieces commemorating the sport throughout its rich history. And the brand’s affair with the elite motor sport continues again in Basel, adding to their already sizable presence at the trade fair.

This year, they’ve released the Monza, a reinterpreted chronograph sporting an imposing 42mm black titanium case. The watch is modelled after a 40 year old TAG Heuer timepiece that went by the same, taken from the famous Italian Formula 1 racing circuit. 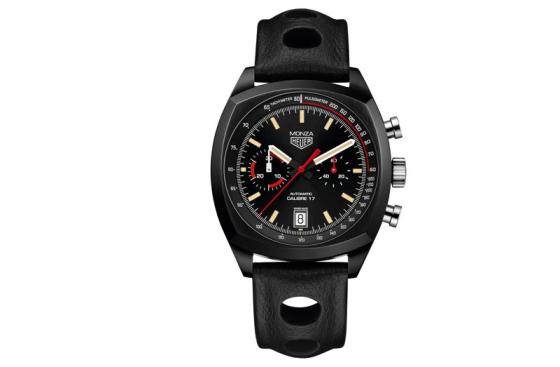 The watch was presented to the Ferrari F1 team by Jack Heuer, to commemorate famed driver Niki Lauda’s clinching of the World Championship at the Monza track the year prior. As a result, the new Monza bears the old brand logo. With only “Heuer” to be found on the dial – without the familiar “TAG” above it - the watch is sure to sought after by collectors. And at a reasonable $5,200, the limited edition watch will be hard to come by.

Although the watch can do no wrong in my opinion, this kind of re-release by watch brands is kind of like the victory lap in motor racing. Having already won the race – in this case 40 years ago with the release of the original Monza – TAG Heuer is now taking another spin around the same race track, simply to celebrate its past victory.