The independent watchmaker has rounded off the edges with its new V series, which includes novelties like a new case and anti-counterfeiting protection.

Full disclosure: I’m a big fan of independent, Zurich-based watchmaker SevenFriday. I like their designs, I like their prices, and I like their direct to consumer approach and mastery of social media. The only thing left, really, is for me to buy one of their watches.

I had come across the relatively new brand about two years ago when I interviewed founder and CEO Dan Niederer. They had only been in business a few years at the time, but the brand philosophy was clear. The focus was on bold, square-faced watches which would offer something different, even revolutionary. 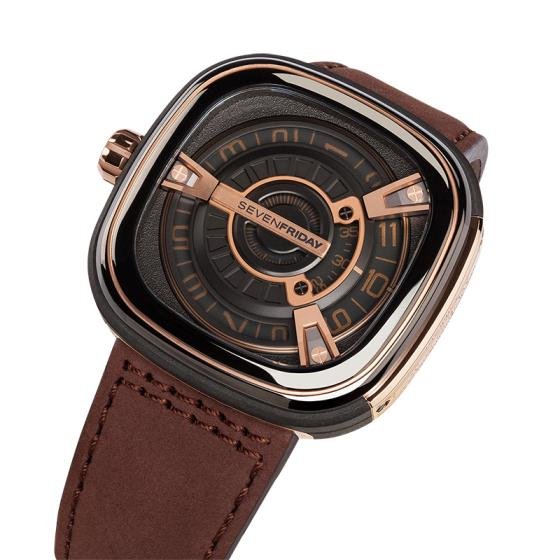 By the time I learned of the M series, I was convinced. And I believed that the M2/02 wristwatch was their best looking timepiece - until very recently.

Having already impressed me and their dedicated fan base with the P and M series, SevenFriday also released a third collection. The latest V series is inspired by industry and engines, and demonstrates the evolution of the brand. And it’s another stunner. 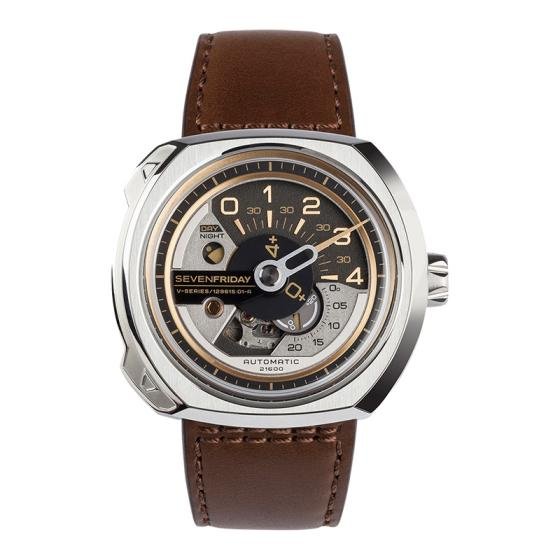 Most notable is the fact that they have decided to round off the edges, offering a non-square dial for the first time. The release is well timed - there had been some murmurs that most of the brand’s watches look similar because of the seemingly ubiquitous square case selection so far.

The cushion case shape of the V series is also a first, as well as the new ‘Additioner’ system for telling the time. The dial is constructed on 4 different levels, and the industrial feel of the watch is helped by the unique hour disk. 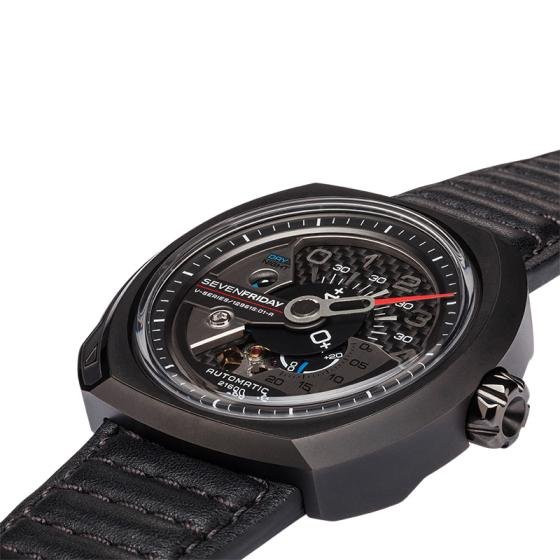 As a very forward-looking company, they have also added one more novelty in the V series. To prevent counterfeiting, a NFC chip is embedded in the watch’s back plate. By using a mobile app to scan the watch, you can simply authenticate if the watch is the real deal. To our knowledge, SevenFriday is the first to use this technology, which will be available in future models. 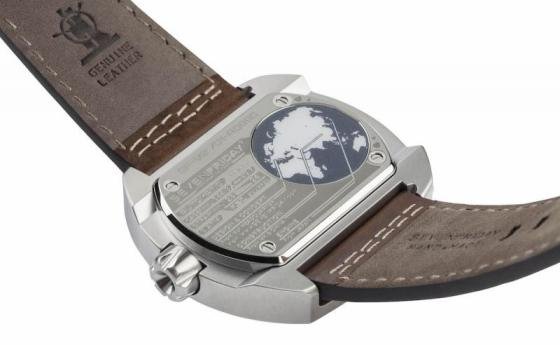 You know a timepiece is popular when it gets counterfeited. And the fact that copying is a problem for the young brand is a good thing – they’ve really made it!