The Lausanne-based challenger brand is offering transparency and affordability, but will they actually manage to shake up the ‘Swiss Made’ label?

The Lausanne-based challenger brand is offering transparency and affordability, but will they actually manage to shake up the ‘Swiss Made’ label?
T

he Goldgena Watch Project, the latest start-up watchmaking venture coming out of Switzerland, was launched last week. The goal is relatively straightforward: creating affordable mechanical watches with a process that is completely transparent with regard to origin and costs. The aim is to open up the black box of ‘Swiss Made’ and communicate directly with their customers about what kind of watches they are really producing.

The problem, according to Goldgena, is the labelling of Swiss watches and the entire manufacturing cycle. Check out their (maybe culturally insensitive?) cartoon to below find out more:

The ‘Swiss Made’ label is jealously guarded and vigirourly promoted by watch brands. It’s a certification of origin similar to the way Champagne can only come from a certain region of France; the rest is just ‘sparkling wine’. A watchmaker has the right to label their watches as ‘Swiss Made’ if more than 50% (and more than 60% as of next year) of their movements come from Switzerland. The watches also must be assembled in Switzerland. 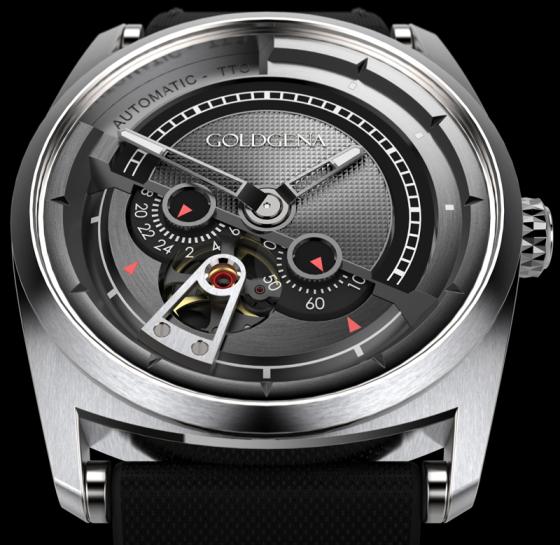 Goldgena wants to be open about what kind of parts it uses in it’s watches, and about where they are designed and assembled. To do this, they created the TTO certification label, which stands for Total Transparency on Origin.

While the brand raises important questions about what it means to be a Swiss watch, they are not the only Swiss challenger brand to try and cut costs by incorporating more affordable Japanese (usually Miyota) movements. SevenFriday and Dietrich are two amond many that have found success in that niche. 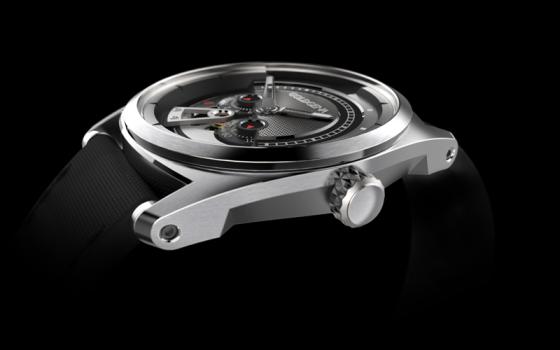 To be fair, Goldgena promises to deliver even more affordable watches. The brand claims that it can cut the prices of mid-range mechanical models by more than 50%. Automatic watches with Japanese movements are promised for an impressive $700, in part thanks to moving assembly to China (more bad news for those pandas in the video!).

To get moving, the young company plans to raise more funds through crowdfunding and has even proposed to give a 10% commission to consumers that convince others to buy one of their watches. The first production run will most probably be a couple of thousand pieces, which will be shipped by next year.

The production projections are quite impressive, considering the project operates out of a small watch design workshop out of Lausanne, Switzerland and is made up of only three people. It is led by founder and designer Claudio D’Amore. The Swiss-Italian has over a decade of experience in watch design for brands like TAG Heuer and Montblanc. 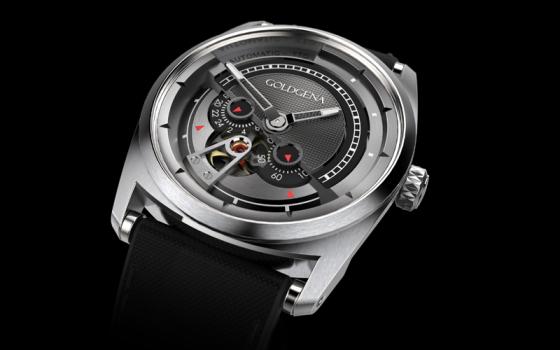 His design acumen is certainly evident in their first model. The idea behind their inaugural watch is to emphasize it’s mechanical features. It was designed to make the dial look like an extension of the mechanical movement. The case is also very simple and ergonomic.

On face value the watch looks impressive, but at this point it’s still far from being realized. D’Amore and his team have their work cut out of them for the rest of 2016 to reach their goal. The good news is they are starting with a solid design that will challenge the lower end of the market segment, from $500-1500. With customers looking for good value at lower prices, the risk of entering the market at this stage is not exactly astronomical.