The opening of a new, state of the art complex consolidates the Richemont Group’s operations in the cradle of Swiss watchmaking.

Richemont’s plans to centralize and streamline its operations took another big leap a few days ago with the opening of the Campus Genevois de Haute Horlogerie (CGHH). Based in Meyrin, just outside of Geneva, the new Campus was opened as part of a bigger plan announced in 2010 to develop an innovative new place to promote the development and sharing of watchmaking knowledge.

The name of the game seems to be synergy. And the new facility does just that, promoting interaction and sharing among the Group’s subsidiaries.

Five brands are already based there, either in their watchmaking operations, commercial divisions, or headquarters. They include Cartier, Jaeger-LeCoultre, Roger Dubuis, Vacheron Constantin and Van Cleef & Arpels. But the location is more than just a place for Richemont brands to be friendly with each-other. The Campus has been designed additionally to be open to other companies (let’s see who else will actually set up camp there, if at all). 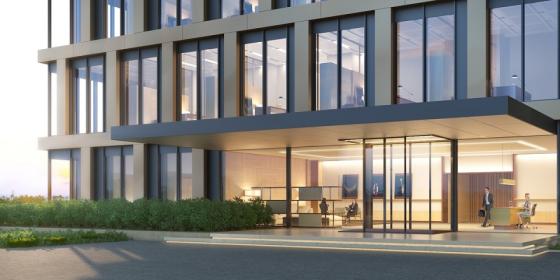 For those of you interested in architecture and city planning; it’s also been designed to leave an impressive footprint on the city. The five-building site reportedly uses 100% renewable energy and produces zero carbon emissions, making it a role model for the environment and sustainable development. The green 45,000 m² Campus is currently home to some 1,000 employees across five buildings.

One of the prime locations in the complex is the Ecole des Métiers et Artisans de Haute Horlogerie. This learning centre is dedicated to passing on watchmaking know-how and skills though training and apprenticeships, courses and skills certifications.

The school will certainly improve long term R&D for the Richemont Group and it demonstrates the company’s ambitions for its brands. And who knows, the complex even might produce some novelties that will eventually benefit the entire watchmaking community as a whole.