With 2016 wrapping up and 2017 just days away, we reflect on some of the biggest news of the last year and look forward to what’s in store for next year. 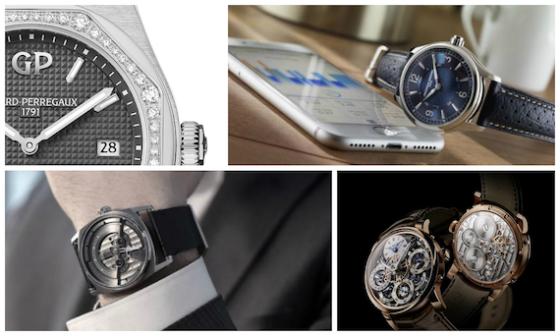 Fine watchmaking - what are we actually talking about?

Being the informed journalists that we are, we did our homework in 2016 and learned what “fine watchmaking” actually means – at least according to the the Fondation de la Haute Horlogerie. The FHH finally took it upon itself to define the term, but as it turns out it’s not as precise as the fine watches in question.

Fine watchmaking was seen as a “chain of value” that entails a product and the brand that creates it, and as an art composed of “tradition and innovation” and "the transmission of expertise, ethics and culture.”

A lot of wiggle room there in terms of what watchmaker can be defined as “fine”. But the FHH tried to help us out and classified brands in four clusters of fine watchmaking: Historic Maisons, Contemporary Brands, Luxury Brands, and Artisan-Creators. If there were any protestations by brands’ classifications I didn’t hear about them, and I suspect some brands might not have minded one way or another.

One of the highlights of 2016 for me was our special “CEOs Have Their Say” feature, were we picked the brains of industry brass. 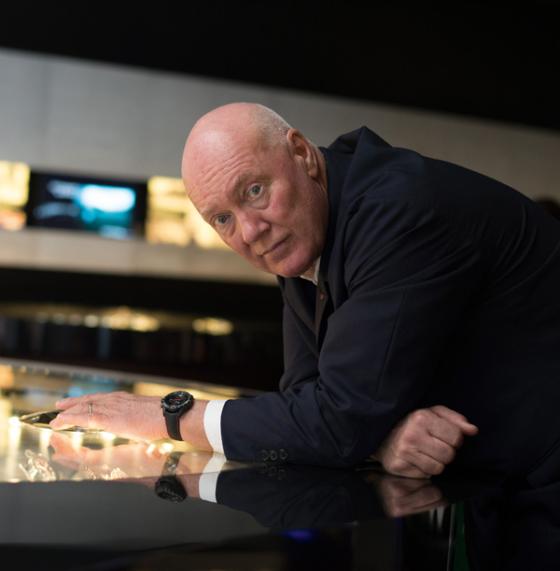 In response to a questionnaire sent out by Europa Star, 50 international CEOs revealed their strategies for dealing with everything 2016 had to offer. The main takeaways:

A year of affordable start-ups

But despite the tough expectations for 2016 by the well-established CEOs, their younger counterparts didn’t get the message. Or they simply chose to ignore it! That’s because 2016 looked like a great year for start-up watch brands. 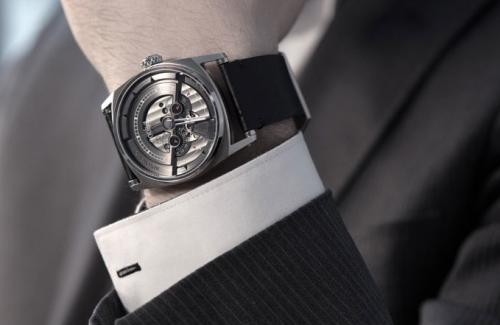 Goldgena was the newcomer that probably made the most start-up noise during the year. And with good reason, too. The new company is trying to debunk the Swiss Made label with a policy of complete transparency on origin, costs and development to produce their timepieces. That means consumers should be able to get their hands on great mid-range mechanical watches at a cut price of up to 50% from the industry standard.

Their look is very clean, almost industrial and above all very mechanical. Paired with an option of either a Miyota 82S7 Japanese automatic movement or the workhorse ETA 2824 automatic movement, the brand must be seriously considered if you’re on the market for something different, yet at the same time familiar, in 2017. 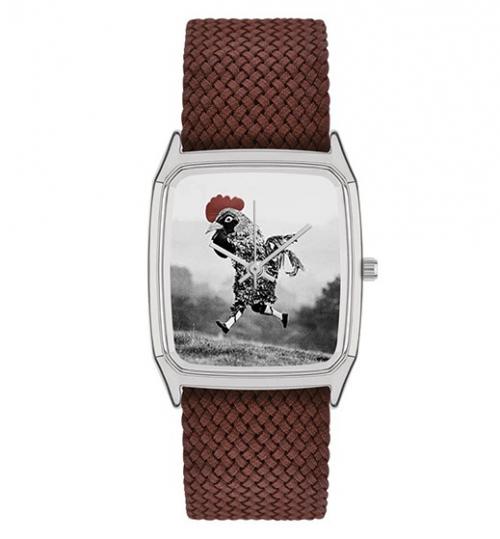 Credit where credit is due, but I must admit that I like my start-ups with a sense of humour. For something a little more fun, new Parisian brand Laps caught my eye this year, with their very unique and hand-crafted watches. From their many options, I like “the Coq” - paying homage to the French national symbol.

A Lip on the wrist will cost you around 100 euros, and for that price you get a well-made watch full of personality. In a supposedly tough climate for watchmakers, it goes to show that we can still get a bit of French style and humour without a big dent to the wallet. 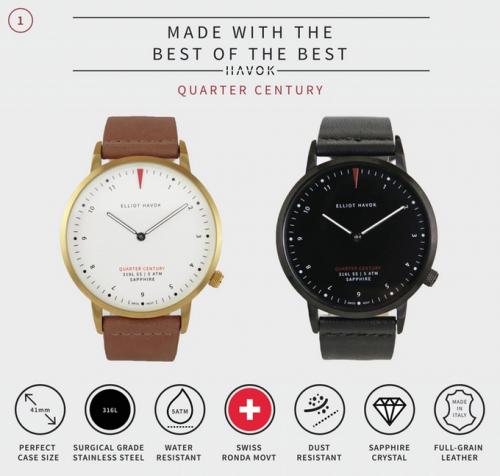 As an all-round choice, I also liked what Havok Timepieces brought to the table with their Quarter Century Watch. The nicely crafted watch sports a classic minimalist look powered by a decent Ronda quartz movement. So for less than $100 you would get a Swiss movement, stainless steel case, sapphire crystal and a natural leather strap – not bad at all.

Good news for the ladies?

With thousands of press releases having arrived in our press centre this year, it’s hard to pick out one favorite. But among all the launches and re-releases, 2016 seemed to be a good year for ladies’ timepieces. An growing segment of the market – and let’s not forget making up just over half the population – brands will surely be looking to boost their performance with the ladies’ in 2017. 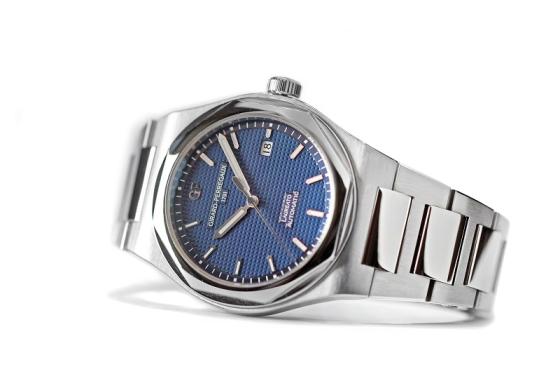 Girard-Perregaux, for example, celebrated its 225th anniversary this year and commemorated it in style by launching a “post-vintage” version of its iconic Laureato of 1975. As a watch that has always been a bit underappreciated by watch enthusiasts, I really liked the re-edition.

But I was more impressed that the brand followed it up with the release of the Laureato 34 later in the year. While it was diamond-studded, the ladies’ model of the iconic timepiece was every bit true to the original. To me, the move signified that the ladies’ market for fine watchmaking will be taken even more seriously by the big brands next year. 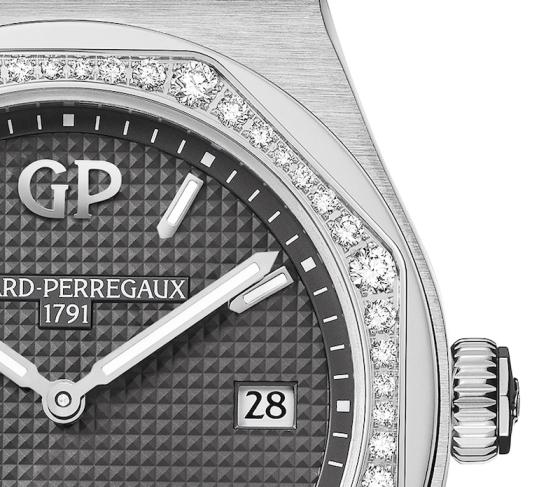 Frédérique Constant knows all about that and also employed a similar strategy. The Swiss watchmaker leveraged the success of its men’s Horological Smartwatch by launching a ladies’ collection of five new models. When it was all said and done, releasing new ladies’ models of its Horological Watch was a bold move, indicating its intentions for 2017 and placing the brand among the leaders in that field. 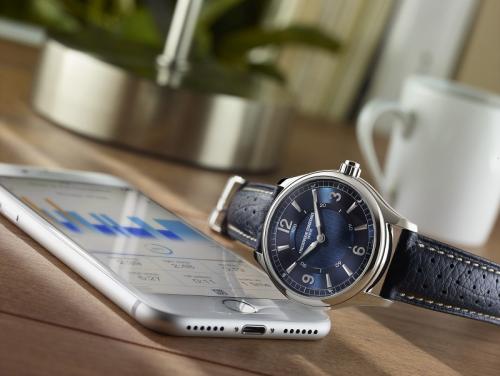 Overall, 2016 has been a year where we learned (definition “fine watchmaking”), we calculated and analyzed (CEOs’ watch industry prognosis), we hoped for better times (the launch of many new brands), and looked for balance (a continued focus on the ladies’ market). If 2017 follows the similar trends, the coming year won’t be half bad.