The young company is looking to exploit a gap in the automatic watch market. They have the experience to make it, but how do they stack up against the competition? 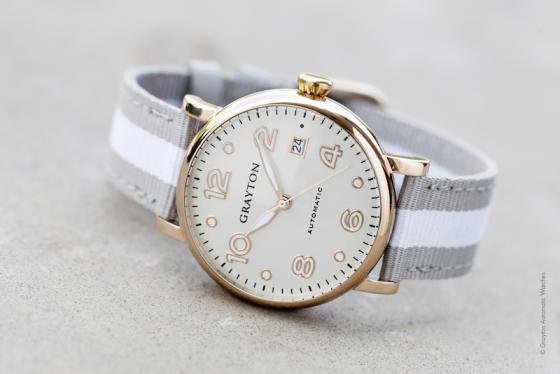 In the modern age of globalization and consumerism, we see a lot of counter-movements popping up. We won’t get into politics here, but one example has the initials Donald Trump.

We also get counter-movements along similar lines in the watch world, where one challenge comes from fast fashion watches.

New brand Grayton asks the question: “When is the last time you owned something truly special, something that was actually worth keeping?” 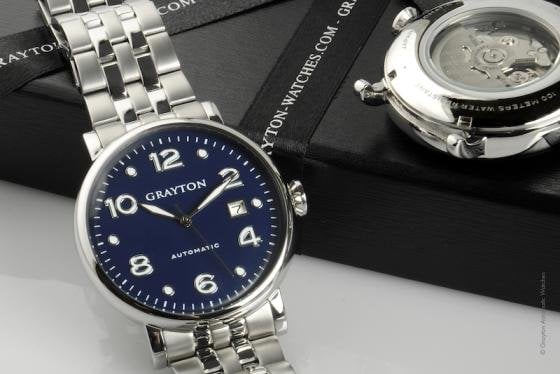 Their goal is simple – to make a product that is so exceptional that it is not simply replaced, but passed on from generation to generation.

Of course, there are many watchmakers out there that produce excellent timepieces that they can last centuries. I, myself, have a few Swiss-made examples that are about 70 years old, as well as a Seiko or two that were made in the 1960s and are still keeping time.

The added value of Grayton is that they make mechanical watches that should last just as long, but come at a very reasonable price range of between $225.00 USD and $265.00 USD. 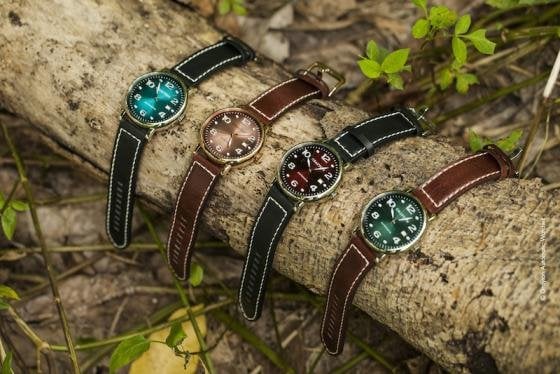 They are able to keep prices low in part because they use the affordable yet durable NH-35 Japanese Automatic Movements, which are made by, you guessed it, Seiko, and based on the workhorse 7s26.

That means it’s not at the level of mid-range ETA offerings, but it has an advantage over entry-level automatic offerings by Swatch. It also means that the movement will likely tick for decades to come, with relatively minimal servicing.

So for the price of a Grayton watch, you get a solid movement. What about styling? 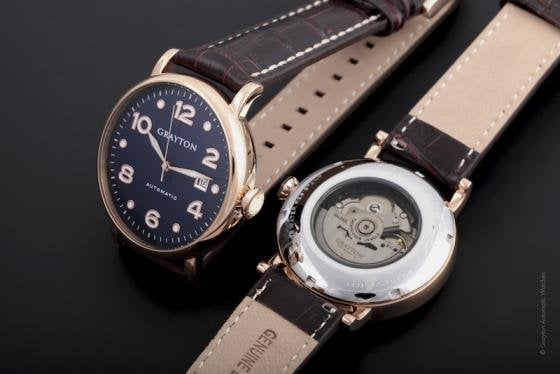 The watches come in three sizes - 36mm, 40mm, 44mm – packaged in stainless steel cases with display case backs. It would have been nice to also see sapphire crystals, but that their price points, something had to give.

The dial comes in two styles. The so called “original” features a uniform colour satin dial, while the “vintage” option features a features a sunray dial that shifts from one colour to another.

The Arabic numerals are highly legible and are complemented by a subtle minute track, reminding me of an upscale field watch design. 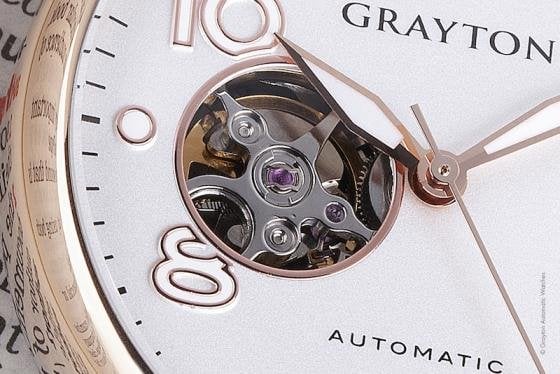 The company is relatively new in the business of making its own watches but founder Remi Chabrat has two decades of experience in watchmaking to leverage, mostly in licensing for other name brands.

Chabrat believes that he found a gap in the market, which he is trying to now take advantage of. Indeed, quartz models have been becoming generally more affordable. But the likes of Seiko continue to pump out affordable automatic watches, which might not be as nicely finished as these Grayton examples, but they use the same movement and in most cases at a lower price.

Nevertheless, Grayton has just provided another reasonably priced option to those looking for a solid mechanical timepiece , and I would expect that their product offering expands in the years to come.

Ah, and about that “50 Shades of Gray” inspiration. Apparently the brand name Grayton was inspired by the movie, and rumour has it that the brand founder was quite fond of the film. Let’s just leave it at that.