Stung by Europa Star’s last feature on the sensitive issue of the pricing practised by watchmakers, François-Henry Bennahmias, CEO of Audemars Piguet, felt impelled to respond: no, price should not be the main question of the day; but yes, transparency is set to become the new norm in watchmaking. He talked to Europa Star.

Stung by Europa Star’s last feature on the sensitive issue of the pricing practised by watchmakers, François-Henry Bennahmias, CEO of Audemars Piguet, felt impelled to respond: no, price should not be the main question of the day; but yes, transparency is set to become the new norm in watchmaking. He talked to Europa Star. 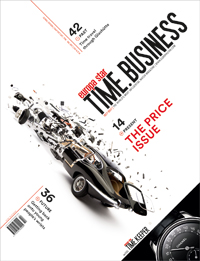 t all began with a phone call. On the other end of the line was François-Henry Bennahmias, Audemars Piguet’s CEO. Courteous but irritated, he explained that the last feature in Europa Star, devoted to the delicate or even taboo issue of watch prices, made him "take off like an Ariane space rocket”. Especially the table comparing the growth in the prices of iconic modelssince 2000, which showed a substantial increase in prices.

“Your figures are inaccurate! Those models have evolved, and you can’t compare apples and pears…” And: “Price-wise, the watchmaking industry is very restrained compared with what goes on in the leather goods or hospitality sector, or even the automotive industry!” You can feel that the issue is a sore point. “I want to be constructive and I’m absolutely transparent!” So, to discuss the matter further we agree to meet at Le Brassus for a long conversation – which, besides prices, reveals many other facets of the watchmaking industry and the mindset of Audemars Piguet, its boss and the notion of value; all this in the presence of his figurines of Master Yoda, Arnold Schwarzenegger’s autograph and even an evocation of the film Rain Man...

In our last issue (Europa Star Chapter 1/17), we published a table based on a handful of iconic models on the French market which showed a strong global rise of around 60% in watch prices between 2000 and 2010, which then slowed down to around 12% between 2010 and 2015.

François-Henry Bennahmias: You published your table and I did the same thing here. I mobilised my teams to find those figures and I didn’t get the same result as far as the steel Royal Oak model with the date display is concerned. But more importantly, the models you compared have evolved: we’ve moved on to an open-worked design, a manufacture calibre, a larger size, and so on. It’s a better model! And I’ve got an eagle-eye for figures. They just jump out at me. I’m a bit like the main character in Rain Man...

For this model and the others, do the price increases for watches seem justified to you?

I feel that watchmakers have been extremely measured compared with other sectors of activity or other brands. Here’s an example: in the year 2000 the price of a room in a luxury hotel cost the equivalent of 160 euros. How much do you imagine it costs today? Over 1,000 euros! Another example: in 1994, for my thirtieth birthday, I was given a Hermès messenger bag. At the time, it cost 14,000 French francs, or around 2,000 euros. The price today? 8,000 euros. Similarly, a pair of quality women’s pumps cost 500 French francs, under 100 euros, in 2000, compared with at least 600 euros today!

Even so, comparisons with other sectors aside, the question of price is still of prime importance for the customer, you can’t just brush it off…

Prices have been an issue for two years. Nobody talked about them in 2010. So why are they doing it today? Because there’s a kind of crisis. People think they can find a solution with prices. It’s not the right solution. The solution lies in innovation, that’s where we have to look. You can’t simply equate luxury with price, that’s a slippery slope. On that point I agree with Jean-Christophe Babin when he says in your feature that “we associate crisis with a lack of money, but it’s not necessarily the right reflex response, nor a solution, and you don’t necessarily get out of it by lowering prices”.

Yet a certain number of brands have lowered their prices, and numerous retailers are offering huge discounts. Is there any going back?

Look: the answer is this watch that I’m wearing on my wrist, the new black, ceramic Royal Oak Perpetual Calendar. It’s worth 91,800 francs – not much less than a Royal Oak in gold. We presented it the Friday before the SIHH and it sold like hot cakes. Every retailer wanted it. Now, I haven’t received a single email demanding explanations about its price. We could have sold more, but our production capacity is limited to 100 items a year. All this talk of competition makes me laugh: today, the competition for our brand doesn’t come from other watch brands, it might come from a work of art, a car or a travel package. Real luxury isn’t a question of price.

What is your definition of luxury?

For me, the luxury threshold starts at 7,000 francs. Going below that would be suicidal! Do you know why no watchmaker has prices that end in .99? It smacks of supermarket promotions. That’s not the world of luxury. Psychologically, what counts more is the 10,000-franc barrier: the difference between 43,000 and 49,000 francs is less important than that between 49,000 and 55,000, for example. But what really counts is emotion! And when you have money, emotion comes before the sole criterion of price. Recently, one of our ambassadors came to visit the manufacture with his children. They’re children of the digital age – how could a mechanical product like a watch possibly be of interest to them? Well, I can assure you that they were just blown away. They let go of their tablets, I can tell you.

But it’s those tablets that keep consumers better informed – and more punctilious and aware of whether prices are pertinent or not.

Today, the customers are often better informed than the sellers. Retailers talk a lot about money and price, because all too often it was their main weapon. I often notice that car salespeople know more about their product than people who sell watches. If the only argument the latter have left is the price, they’ve failed.

Whether it’s a matter of prices, the way watches are distributed or innovations on offer, social, geopolitical and digital change is happening so fast that many watchmakers seem a bit disoriented...

With society changing the way it is, everybody’s heading off in all directions. It’s anarchy, we’re seeing 360° turns in strategy. And behind all that, we can see that the notion of transparency is becoming more and more important. We’ve entered the age of transparency! The industry cannot go on hiding everything. And we want to play fair. Go and see other watch brands and see if they’re as transparent as we are on the question of price.

But if we understand you properly, above a certain threshold the issue of price no longer plays a role in whether someone buys or not?

You have to pay attention to the price, of course, we carry out benchmarks, but it’s a factor that has to be taken out of the equation pretty fast. The price and the perceived value have to coincide exactly. Two years ago the boss of Hermès, Axel Dumas, hit the nail on the head when he told at the Forum de la Haute Horlogerie: Hermès products are expensive… to make! Which more than justifies the price.

“Price is not an end in itself when you’re talking of real luxury. The current crisis is not a luxury crisis. There has never been so much wealth and so many potential customers in the world.”

In fifteen years, watches priced at over 3,000 francs have grown from representing 10% to 60% of the value of Swiss watch exports. Aren’t we experiencing the backlash of this “gold rush” today?

Make no mistake, selling luxury products is still an extremely difficult exercise! Many small, independent brands are currently experiencing difficulties, despite the fact that they sell quality products. Demands are high and you can’t afford to disappoint; on the contrary, you have to surprise people. But if I offered a Royal Oak at under 7,000 CHF, I’d kill the brand! Price is not an end in itself when you’re talking of real luxury. The current crisis is not a luxury crisis. There has never been so much wealth and so many potential customers in the world. But when the storm clouds gather, people turn to the stronger brands, the ones which put quality before quantity. We’re one of them and we’re reaping the benefit: that’s why we achieved turnover of nearly 900 million francs in 2016. Even back in the crisis of 2008-2009, we were already seeing this concentration on the better brands. We absolutely have to figure in the top third of the list.

What sets you apart from the others?

We’re a serious brand that doesn’t take itself seriously. Codes have changed. You can no longer judge people by appearances: I always say to my teams, ‘treat a customer in shorts the same way as you would a customer in a suit and tie!’”. But I’m surprised how hard it is for some luxury brands to adjust. Another anecdote: recently, I was in a major Paris hotel at brunch time, casually dressed, and when we walked in the maître d’hôtel said to me: “Let me draw your attention to the fact that it will cost 150 euros”. Incredible, indefensible!

You must also have customers who are increasingly used to having free access to services and products, like music or films. What can you do to withstand that kind of pressure?

Quality and creativity take time and have a price, or rather: value! Today, the notion that you can get everything for free has done a lot of harm to our society. I never download music for free, I always buy it. But I believe that in this throwaway, everything-for-free age, people are paradoxically in search of greater authenticity. They want to discover what’s behind the façade and they want it to coincide with the image it presents. So a high price – ok, but only if it’s justified. 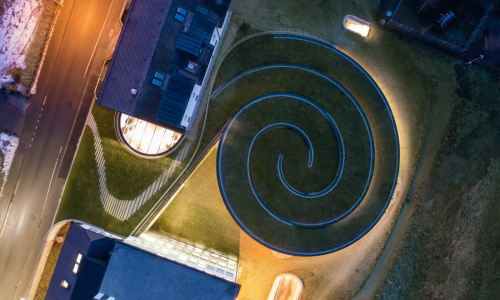 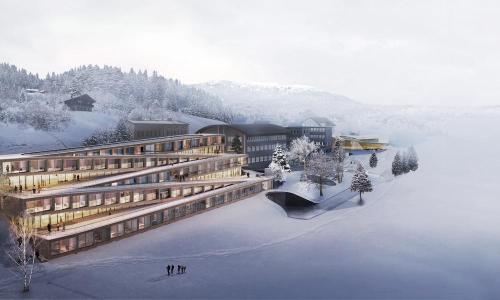 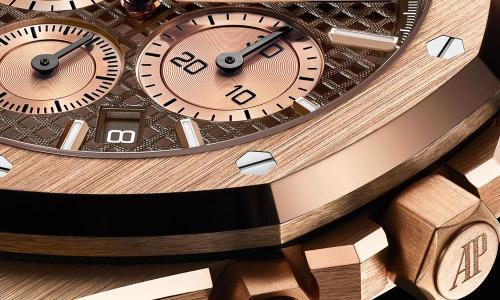