The Japanese brand has opened its first boutique dedicated exclusively to Grand Seiko in Beverly Hills. It has also just launched sumptuous limited editions for the US market. The new deployment of the brand overseas has been met with very positive first signals in America.

The Japanese brand has opened its first boutique dedicated exclusively to Grand Seiko in Beverly Hills. It has also just launched sumptuous limited editions for the US market. The new deployment of the brand overseas has been met with very positive first signals in America.
A

s we explained in detail last year in our special Far East issue, Grand Seiko, previously Seiko’s upscale collection, has broken away from the parent company to become a fully-fledged brand in its own right. This is part of an ambition to conquer a bigger share of the global Haute Horlogerie market.

In Japan itself, Grand Seiko was already renowned for the finesse of its design and the precision of its calibres. But elsewhere in the world, and especially in the United States, the name “Seiko” was mostly associated with entry-level watches, since the quartz revolution that saw the Japanese brand conquer the planet.

It was to correct this narrow vision of the breadth of the company’s offering that Grand Seiko freed itself. And it is naturally in the United States that the first effects have been felt the quickest. No coincidence, then, if the world’s first Grand Seiko Boutique was inaugurated in Los Angeles, on Rodeo Drive in Beverly Hills.

Europa Star had the opportunity to speak with two key figures on the development of the new entity in the United States: Akio Naito, Chairman of Seiko Corporation of America, and Brice Le Troadec, Brand President of Grand Seiko America.

The first brand store has opened in Beverly Hills, your presence at the CoutureTime watch fair in Las Vegas was noted, there are limited editions for the US market... and you’ve enjoyed a very favourable reception by retailers and collectors. The new global ambition of Grand Seiko seems to have found fertile ground in the United States!

Akio Naito: Indeed, the new strategy makes sense here. We have to catch up with all the potential that has not yet been deployed by Grand Seiko in the luxury market in the past, especially in the United States. Grand Seiko, born in 1960, had until now been almost exclusively promoted in the Japanese domestic market. When the company decided to expand internationally, it first made it through its production of affordable watches and not its more luxurious ranges. That’s why, even today and excluding Japan, a majority of people associate the name Seiko with an affordable brand. In the United States, the average price of a Seiko remains less than half of that in Japan!

Brice Le Troadec: We are very pleased with the first results of this strategic decision to make Grand Seiko a brand apart. Collectors who already know the brand are our first customers, but we intend to gradually expand this base to a wider audience. US retailers are very excited! We are delighted to see so many new customers interested in Grand Seiko. The United States is already the biggest market for Grand Seiko outside of Japan.

“The United States is already the biggest market for Grand Seiko outside of Japan.”

You have opened a Grand Seiko store in Los Angeles and have Seiko stores in New York and Miami. What is your strategy for the distribution of Grand Seiko in the United States, especially in terms of the difference between retail and wholesale networks?

Akio Naito: The flagship store inaugurated in Beverly Hills is part of our new strategy, because it allows us to control our image in order to deepen this market. However, the idea is not to multiply brand stores. The wholesale network is our priority. Our goal this year would be to have approximately sixty Grand Seiko partners of high quality in the United States. 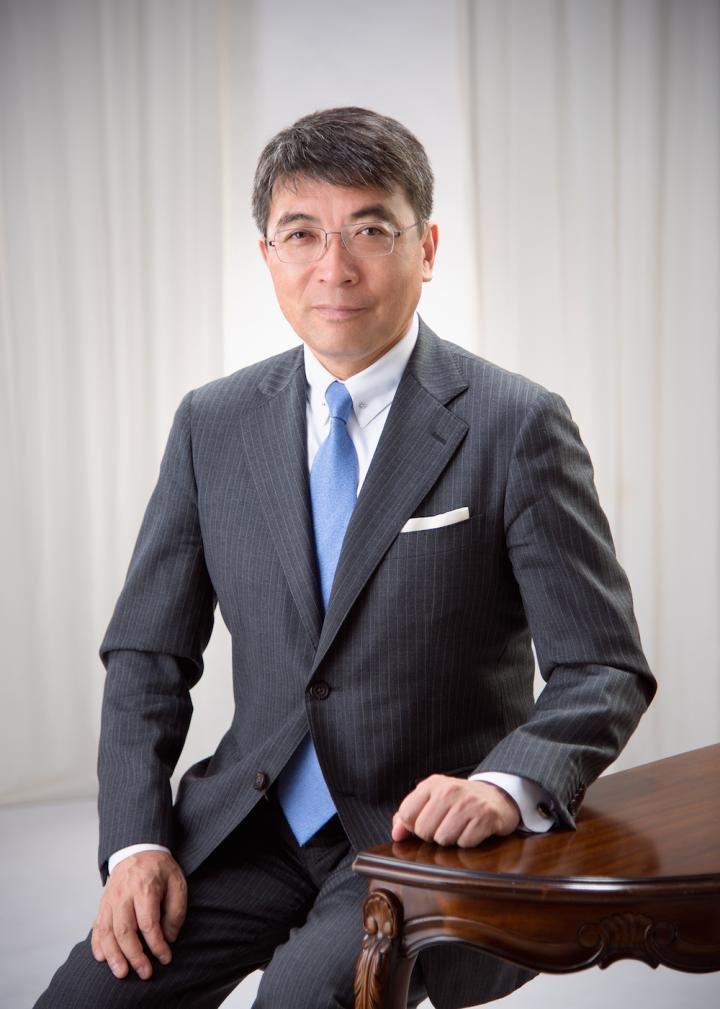 What about online distribution?

Brice Le Troadec: We currently do not have a Grand Seiko e-commerce platform; however, it is possible to find Grand Seiko models online through our authorised retail partners, but not the extended collection. We are also proud of our partnership with Hodinkee, who recently successfully launched their e-shop.

We know that the United States remains for the moment a stronghold of brands like Rolex and Breitling... How do you intend to seduce American buyers?

Akio Naito: We offer very high quality watches, with a focus on precision and finishing. The most sought-after Grand Seiko models are powered by our innovative Spring Drive in-house movement. Watches equipped with high-frequency Hi-Beat calibres are also particularly popular. As for our prices, they start at $2,200 for quartz watches. In general, I was surprised by the young age of Grand Seiko collectors in America... Our models are particularly appreciated by the new entrepreneurs of Silicon Valley, and have a very strong appreciation from watch connoisseurs who understand the intense craftsmanship with which the brand has become synonymous.

Brice Le Troadec: We are now launching three new Grand Seiko Spring Drive models reserved for the American market, with very original finishes and motifs on the dial, introduced as “Kabuki Kimono” dials. The dial texture is inspired by the Karazuri “empty painting” technique used in the texture of the kimonos worn by actors in Kabuki theatre. We are counting on these limited series of the 44G line, which have been very well received, to increase our brand recognition in the United States.

“I was surprised by the young age of Grand Seiko collectors in America.” 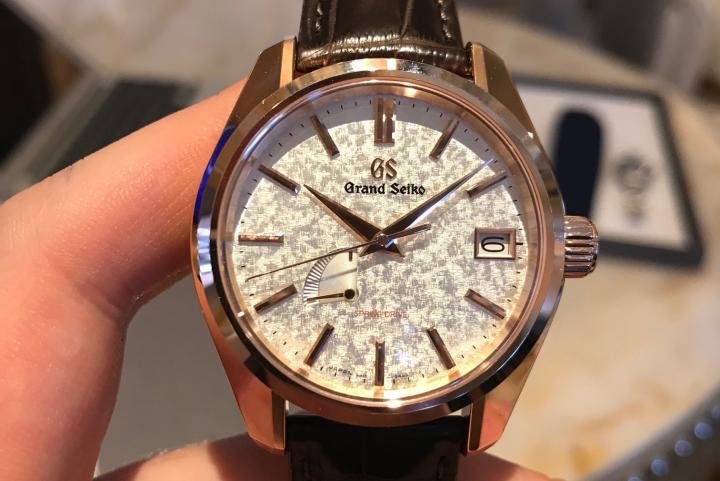 One of the limited edition Grand Seiko Spring Drive 44G for the US market, featuring the “Kabuki Kimono” texture on the dial

Indeed, are you planning to play the ‘Japanese card’ a little bit more, in order to attract Western collectors? Swiss brands, for instance, have not hesitated to use (and sometimes overuse) oriental crafts on one-of-a-kind pieces and limited series... It’s a bit ironic!

Akio Naito: We intend to develop traditional Japanese crafts and motifs, which are very popular in the United States, such as lacquer or enamel. But do not forget that the roots of Grand Seiko reside first in the search for the most accomplished functionality. Credor [another Seiko brand, Ed.] is more oriented to the world of jewellery, decoration and the arts. Grand Seiko is primarily recognised for its innovation: for example, we have a research department in Japan that has developed the new Spron alloy, and is also working on its application for the medical industry.

Brice Le Troadec: Grand Seiko is a true Japanese brand with strong traditional and cultural assets. Our inspiration comes directly from the natural elements surrounding our studios. But we trust that these values are universal and can be interpreted globally.

“The roots of Grand Seiko reside first in the search for the most accomplished functionality.” 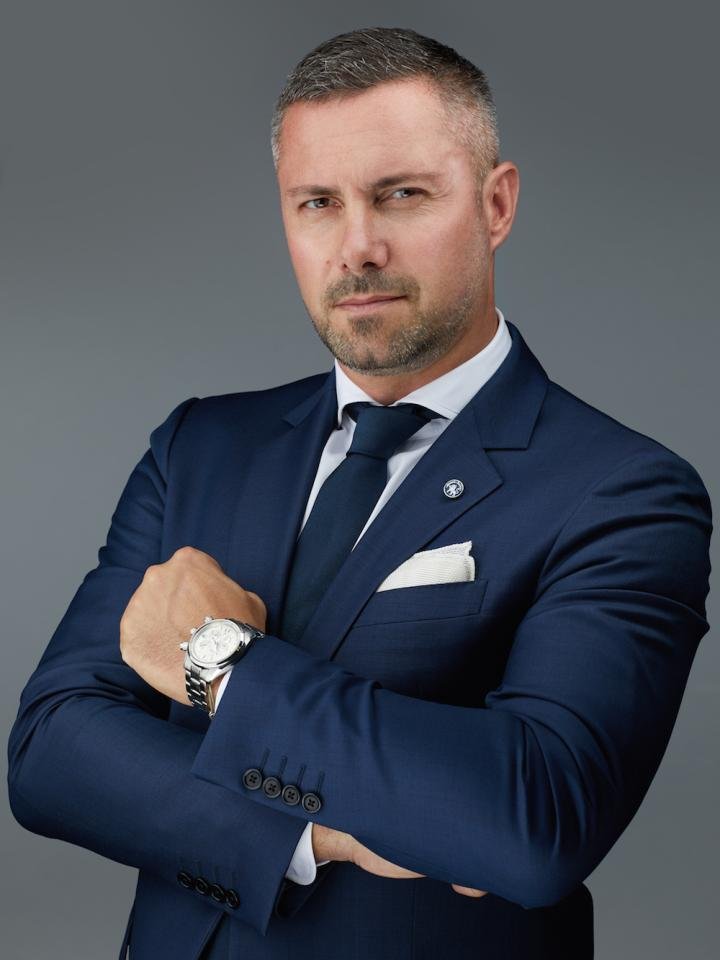 In the United States, as elsewhere in the world, watch auctions are becoming more important, as is online trading of vintage or pre-owned models. With your long history, are you counting on this booming market to increase your popularity?

Brice Le Troadec: The US is very active in the trade-in watch business. Although we are not directly involved, we truly believe that pre-owned sales and auctions are very important for the establishment of the brand. As Grand Seiko’s production is limited, we have observed organic growth and interest in the brand, and we recognise that we are highly rated in the collectors’ market. 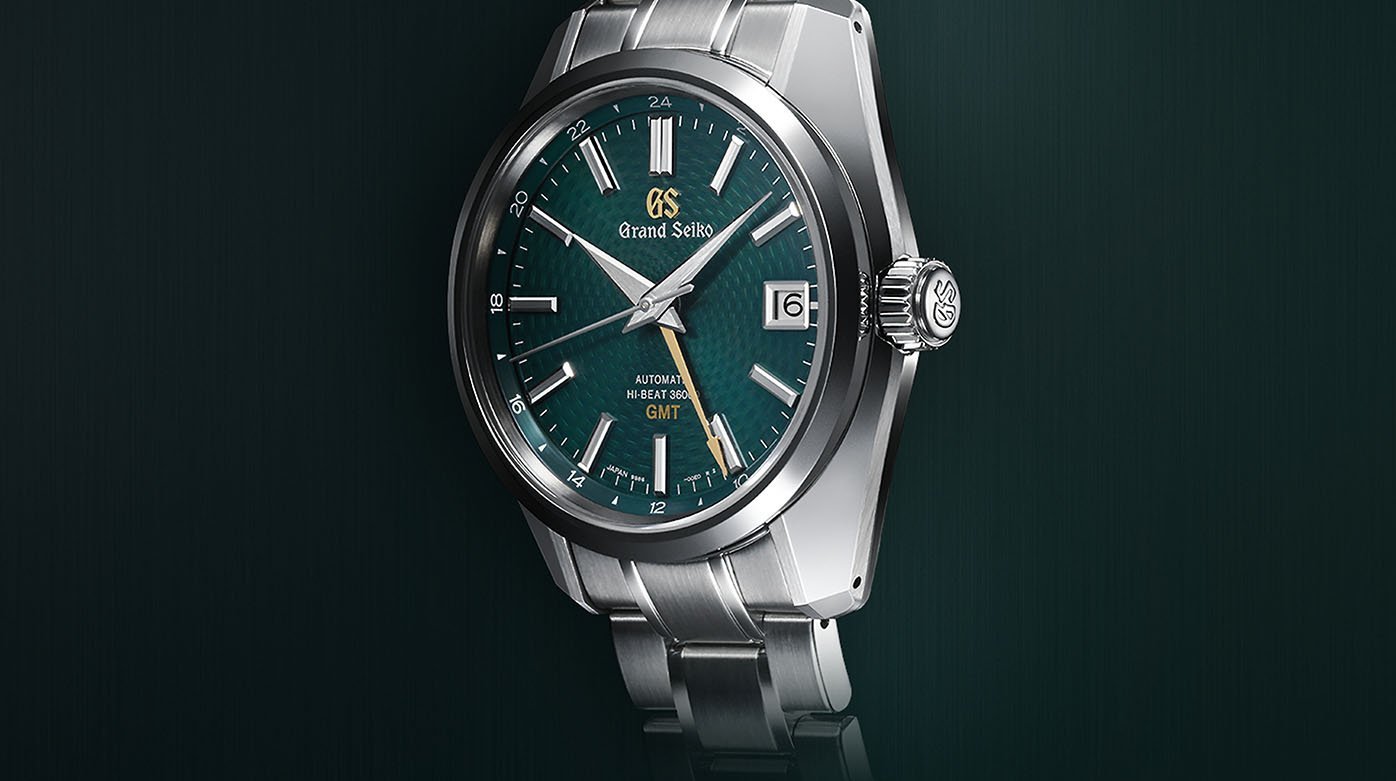 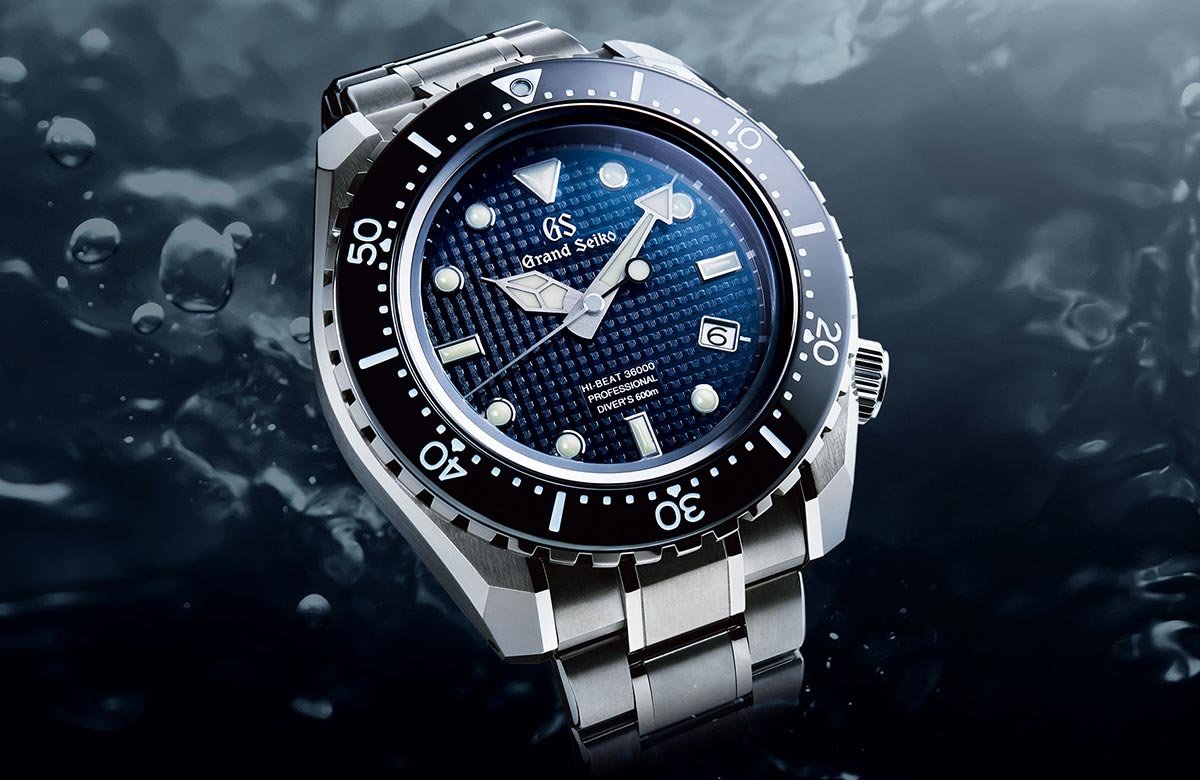 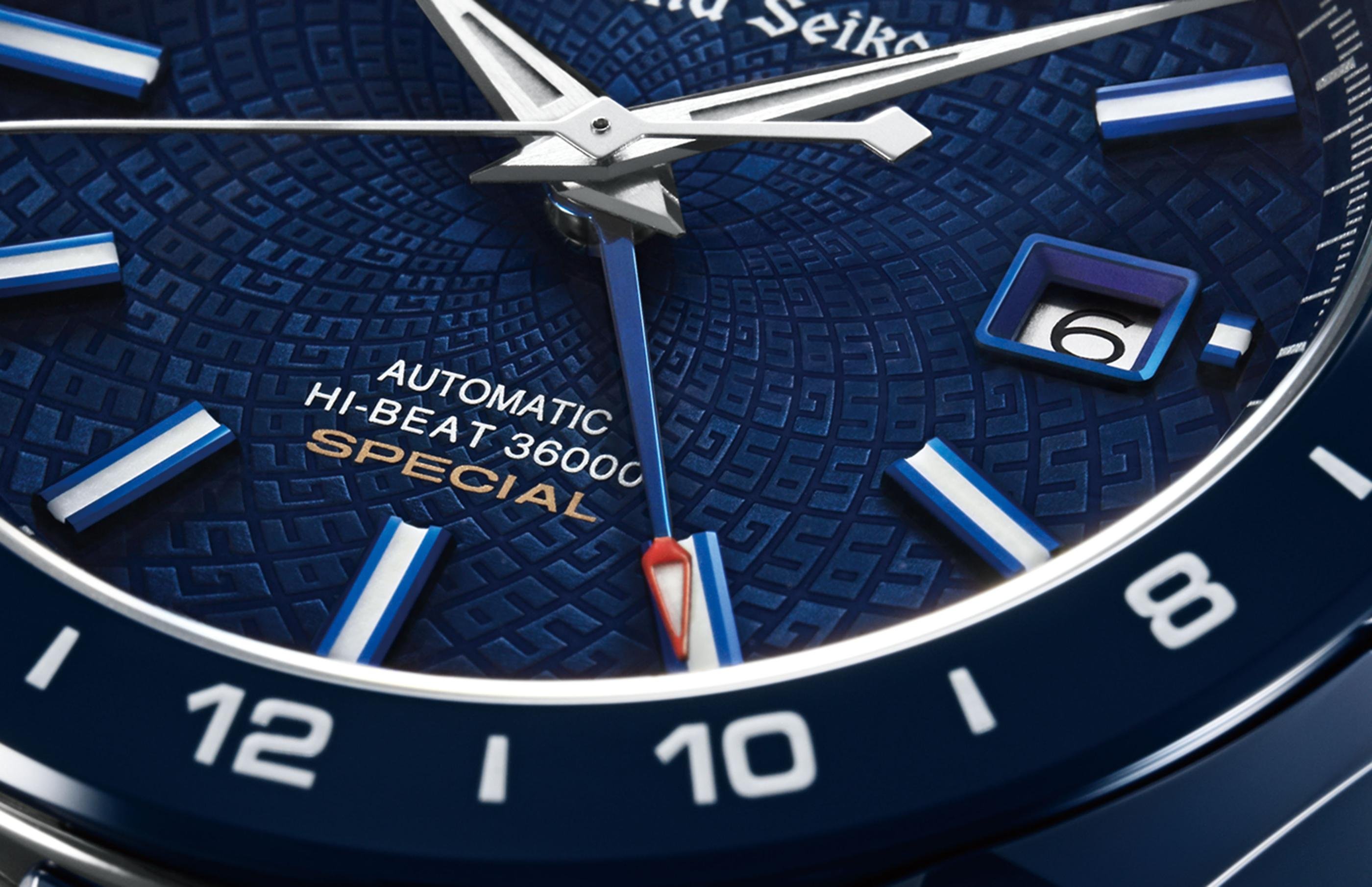