By Serge Maillard and Nathalie Glattfelder

Ice-Watch has become the exclusive distributor of Japanese brand Citizen on the French and Belgian markets. But the relationship goes beyond this agreement and covers several aspects, both industrial and commercial. Meeting with Jean-Pierre Lutgen, founder of Ice-Watch.

By Serge Maillard and Nathalie Glattfelder

Ice-Watch has become the exclusive distributor of Japanese brand Citizen on the French and Belgian markets. But the relationship goes beyond this agreement and covers several aspects, both industrial and commercial. Meeting with Jean-Pierre Lutgen, founder of Ice-Watch.
E

uropa Star: What does your cooperation with Citizen encompass?

Jean-Pierre Lutgen: We already have all our models equipped with Miyota calibres (Citizen), which are in my view the best quartz movements in the world for the entry level. In addition, we are now becoming Citizen’s distributor on the French and Belgian markets. Our ties are constantly getting closer, and will also lead to a very ambitious project next April. We’re keeping the surprise for Baselworld!

Is being a distributor a new mission for you?

It has historically only been the case in France and Belgium, our ‘home turf’. In Germany, for example, we have a new partner, ILG Germany GmbH, a subsidiary of the ILG Group. From 2000 to 2011, there was a decade when we had to open new points of sale everywhere at an accelerated pace to meet the strong competition in our segment of the affordable coloured plastic watch, which was very popular at the time. The brand reached its peak in 2011-2012. Today, in our segment, there are only three major players left: Ice-Watch, Swatch and Casio. We are represented in about 900 sales outlets in France and 6,000 worldwide. 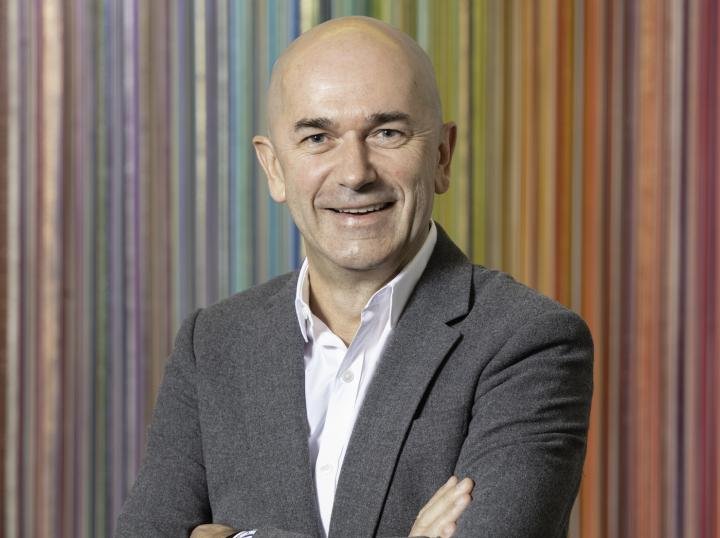 “Our relationship with Citizen is constantly getting closer and will also lead to a very ambitious project next April. We’re saving the surprise for Baselworld!”

Where are Ice-Watch’s main markets today?

In Europe. The strongest country is France, ahead of Belgium, the Netherlands, Germany, Italy, Spain and Poland. We also have a presence in Japan and south-east Asia. The brand is not well developed in the United States, where the plastic watch has never really worked and where we face competition from giants like Fossil or Timex who produce models at extremely low prices with large-scale distribution.

What is the position of Ice-Watch on the French market?

If we look at the brands selling at less than 1,000 euros, Ice-Watch ranks fifth in value and second in number of units sold in France. In this price range, overall volumes are down, but this evolution is offset by an increase in the average selling price. 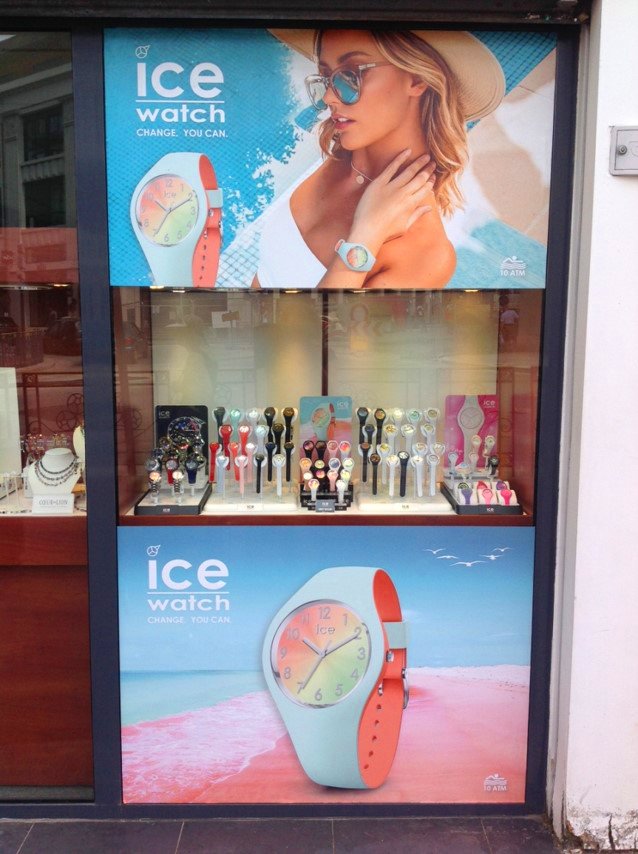 How is the brand performing this year in France?

I hope that by the end of the year we will be the first brand sold in France in terms of number of units, in the watch segment under 1,000 euros. Our price range goes from 59 to 169 euros. In value terms, we remained stable last year, capturing more than 5% of the segment’s market share below 1,000 euros. If we isolate the category from 50 to 99 euros, we become the leading brand, with a 16% market share in France. There are new brands that are copying us, but they don’t make much volume. In addition, we record much higher sales of women’s watches than men’s watches and we want to increase our positioning in men’s watches.

“I hope that by the end of the year we will be the first brand sold in France in terms of number of units, in the watch segment under 1,000 euros.” 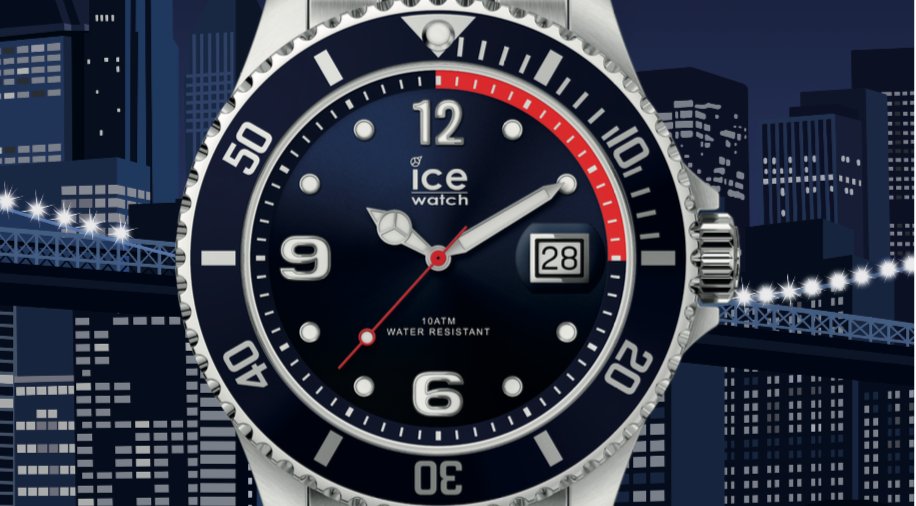 Who are your main competitors?

There are three categories of brands in our market segment. First, new actors like Cluse or Daniel Wellington, whose success is dependent on social networks. Then there are the licensed fashion brands such as Michael Kors, Guess, Diesel, Hugo Boss or Tommy Hilfiger, whose destiny depends on the situation of their ‘mother brand’. Finally, there are the pure watch brands, such as Casio, Seiko, Swatch, Festina, Pierre Lannier, Tissot, Fossil and Ice-Watch. We are the most stable brands, even in the entry-level segment, because we are not dependent on social networks or the fluctuations of a parent company. It should not be forgotten that we are also competing with non-watch products: impulse purchases of around 100 euros... 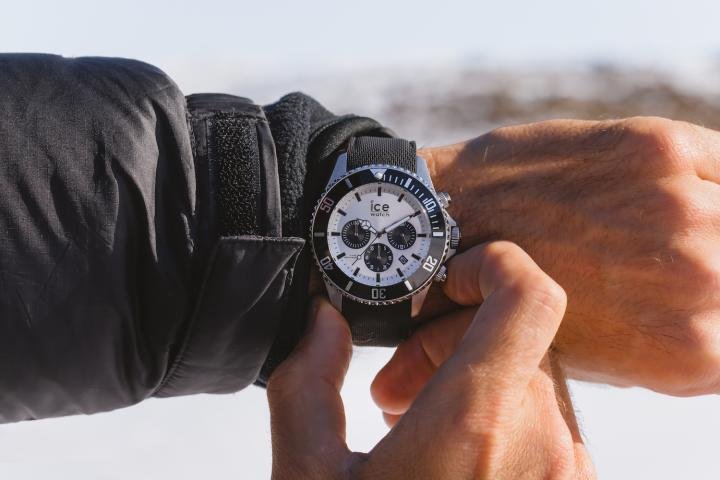 In China, Europe and the United States, we see the Apple Watch on an increasing number of wrists. What measures are you taking to keep up with the situation?

Ice-Watch never wanted to get into the smartwatch, for several reasons. On the one hand, our price range does not allow us to do so: we operate in the segment up to 169 euros, while connected watches are more expensive. In addition, the operating margin would be too low without direct distribution. Finally, we do not have the technology or know-how. Citizen proposed a joint project with Fossil, but the issue of the rapid technological obsolescence of connected watches led us to abandon it.

“Ice-Watch never wanted to get into smartwatches. Our price range does not allow us to do so, the operating margin would be too low and we do not have the technology or know-how.” 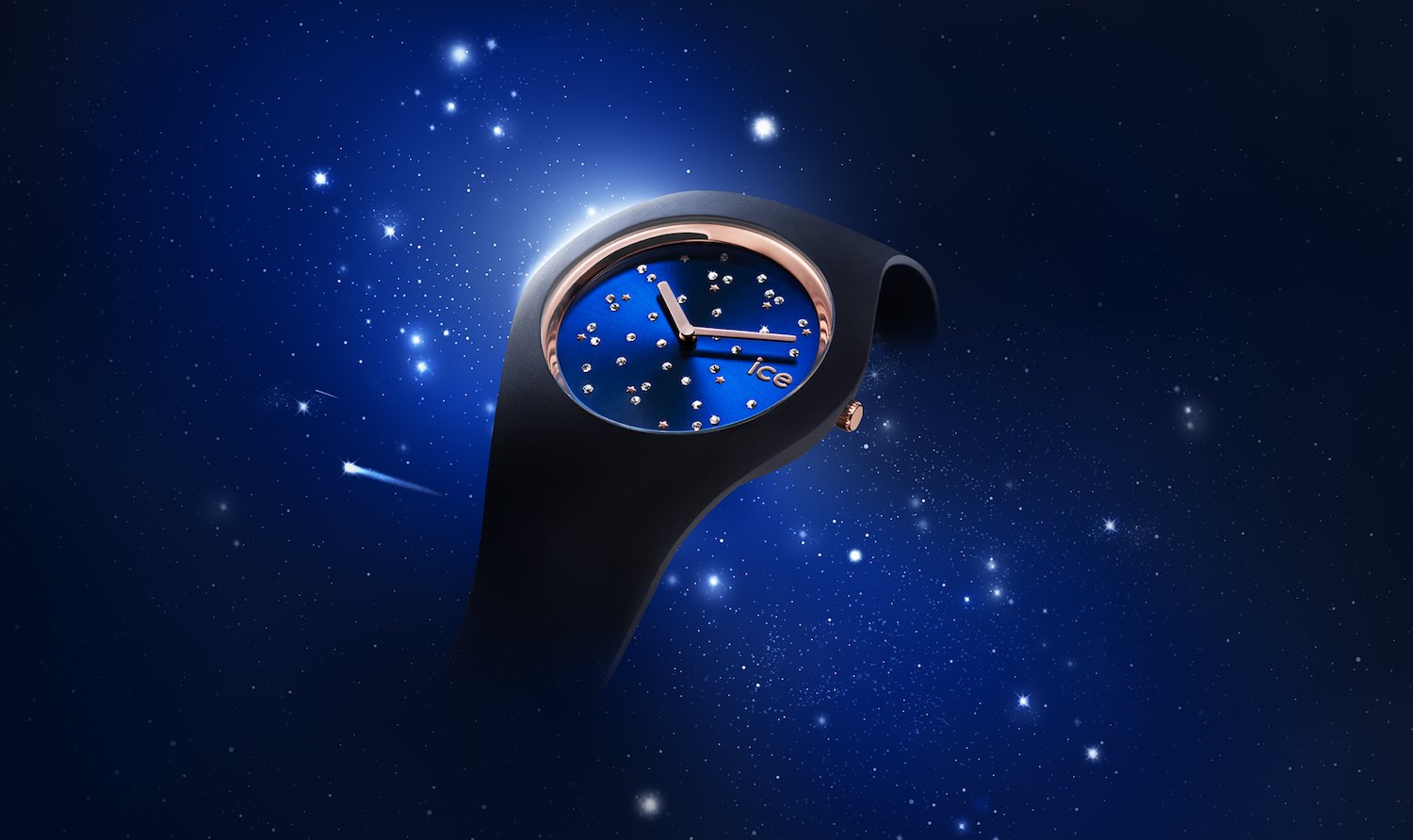 So what market positioning is left for Ice-Watch?

My point of view is that behind every brand, there is a message and a function. If you don’t have a message, you’re dead. On the functional side, the connected watch leaves us behind, because it is autonomous and multifunctional. Tomorrow we’ll use our smartwatches to do everything. It’s a great tool! The message behind it is to show that you are technologically up to date, active and athletic. However, there are still other messages that can be conveyed. Whether in the very high-end or fashion segment, the watch remains one of the only objects that can reveal part of one’s personality and convey messages. So it is up to us to create new or different messages. 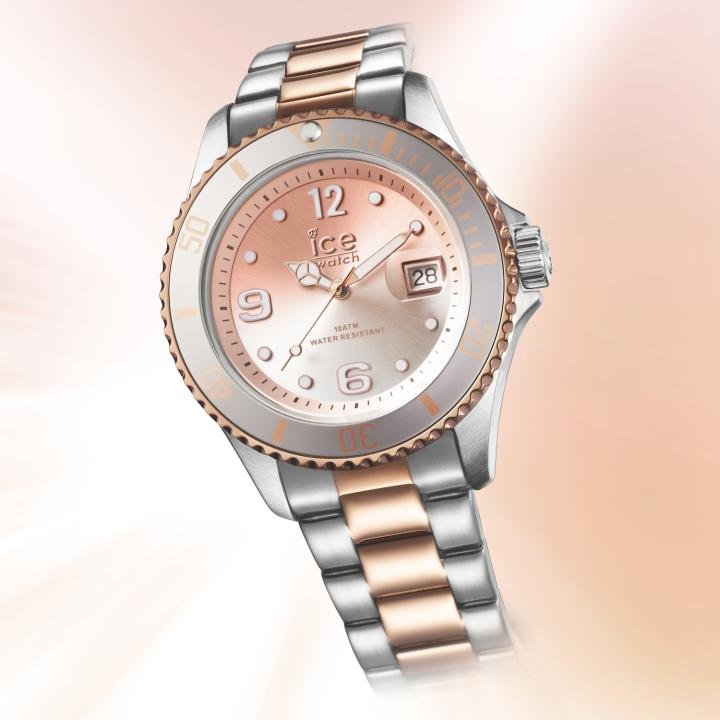 What will be your new message?

Our message next year will not focus on technological performance, but on ecology. In the beginning, Ice-Watch’s message was colour, affordability, family, openness to the world, music... We will add a new ecological message to meet tomorrow’s challenges. Our strength in the face of competition and new players is that we already have a strong brand and well-established distribution networks, compared to brands that rely solely on social networks.

“If you don’t have a message, you’re dead. On the functional side, the connected watch leaves us behind. But there are still other messages to be conveyed through the watch, whether in the very high end or in fashion.” 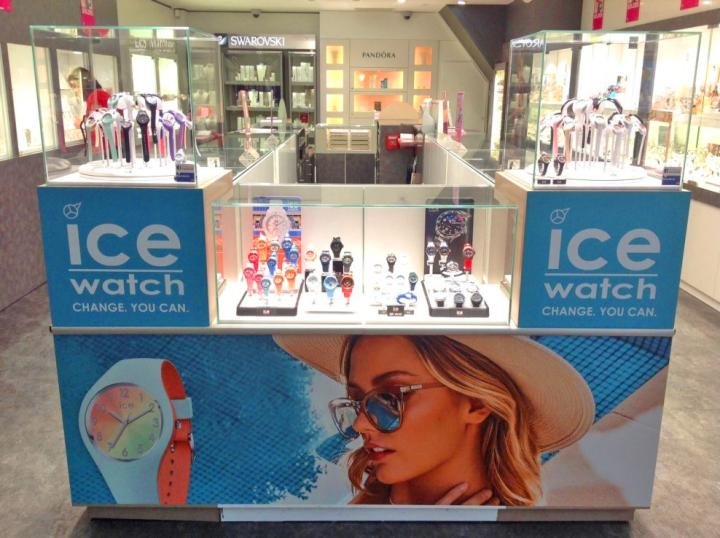 An Ice-Watch counter in France.

This is also where the partnership with Citizen comes in...

Let’s keep the secret about our collaboration a little longer. In practical terms, to develop this new message, we will also be rethinking our supply chain to incorporate more ecological elements! We’re moving into another segment, where the competition is different. A group of 100 employees is also assessing how we can be more environmental friendly in our operations and reduce our carbon footprint.

In the meantime, this year, you’ve mainly been developing your metal lines.

Yes, we already tried to do it in the past, but we hadn’t positioned ourselves in the right price range or with the right design. Today, with a price ranging from 109 to 169 euros, a Miyota movement and Swarovski stones, we can offer a good quality product. This allows us to enter a new segment, which represents 80% of the watch market, where the competition is different. Plastic remains a minority in the industry. 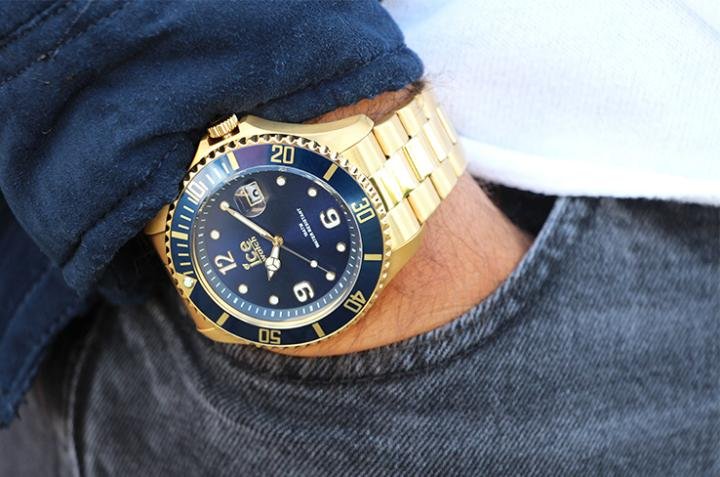 “Our strength is that we already have a strong brand and well-established distribution networks, compared to brands that rely solely on social networks.”

You have produced designs with two-tone bezels that we’re seeing a lot on the market today...

It is an iconic design, found in dozens of brands. We started on this design in 2006-2007 with the famous ICE forever. When you don’t have money, you buy a small gouache painting; ten years later you buy a beautiful oil painting. Our product is the beginning of a story between a watch and a watch-lover, who will make increasingly luxurious purchases as his financial means evolve.