The specialist luxury watch platform Watchbox boasts that it has gained market share since the beginning of the year. Another recognised player in the field, A Collected Man, claims sales have doubled, while Chrono24 also seems to be holding up well. Is the digitisation of sales, coupled with a tendency to double down on a few specific blue-chip brands in a time of crisis, making second-hand platforms more popular than ever?

The specialist luxury watch platform Watchbox boasts that it has gained market share since the beginning of the year. Another recognised player in the field, A Collected Man, claims sales have doubled, while Chrono24 also seems to be holding up well. Is the digitisation of sales, coupled with a tendency to double down on a few specific blue-chip brands in a time of crisis, making second-hand platforms more popular than ever?
A

ccording to Boston Consulting Group (BCG), the market for luxury second-hand watches is now estimated to be worth almost 16 billion euros a year. This figure can be compared with a cumulative total of less than 10 billion francs of Swiss watch exports between January and August 2020 (according to the FH). Admittedly, this figure is export price rather than final sales price, and circumstances this year are exceptional. But despite these caveats the comparison remains striking, and shows the strong growth of the secondary market.

There are multiple channels for reselling an object that can withstand the wear and tear of time: physical – auctions, retailers and markets of all kinds; and, increasingly, online (even if, perhaps surprisingly, the BCG study lists only 35% of online transactions).

According to Boston Consulting Group, the luxury second-hand watch market is now worth nearly 16 billion euros per year.

There are just as many sources in this configuration, which is in the process of being rationalised. Beyond the ephemeral grey market, which is made up of unsold watch stock, plus speculation on some iconic timepieces, there are the genuine vintage watches, specialist retailers, trades between avid collectors, countless forums, online marketplaces, etc.

“No impact on our operations”

Still according to BCG, the secondary market for luxury goods is growing by 8% annually, faster than the primary market. What impact has the pandemic crisis had on second-hand watch sales?

“After a temporary dip in sales at the beginning of the crisis, our numbers have since recovered and are now 13% higher than they were before the coronavirus,” says Tim Stracke, founder and co-CEO of Chrono24, one of the world’s largest horological marketplaces with some 475,000 watches listed and transactions amounting to 1.7 billion dollars in 2019. Certain models from Audemars Piguet, Patek Philippe, Rolex, Omega and Tudor in particular have seen prices rise sharply over the past five years, a phenomenon that doesn’t seem to have been slowed by the crisis. Quite the contrary. 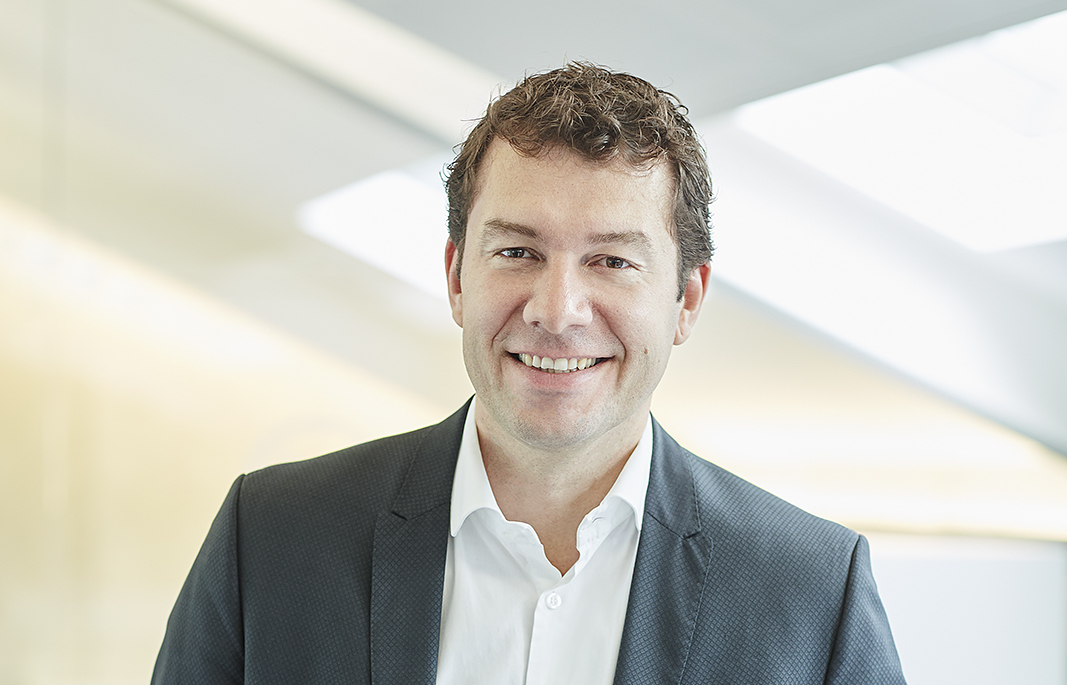 “After a temporary dip in sales at the beginning of the crisis, our numbers have since recovered and are now 13% higher than they were before the coronavirus.”

Luxury watch specialist WatchBox (which, unlike Chrono24, does not operate as an intermediary, but rather has its own stock of pre-owned timepieces), announced an upswing in revenues and an increase of more than 25% in its EBITDA for the first half of 2020. The result is all the more surprising in the midst of the Covid-19 crisis.

Founded in 2017 by Justin Reis, Danny Govberg and Liam Wee Tay, the company is one of the most active platforms in this segment. After launching in Philadelphia, it now has established subsidiaries in Switzerland, Hong Kong, Singapore, and most recently Dubai, through a partnership with major regional retailer Seddiqi.

Having relocated from Singapore to Philadelphia to take on the role of WatchBox CEO in January 2020, Justin Reis stresses that the platform was designed “to operate without many of the constraints of traditional retail.” Consequently, it has been able to “support clients’ needs remotely during the pandemic while also gaining market share.”

Inspired by the world of trading

During the first half of the year WatchBox, which manages around 80 million dollars’ worth of global inventory, claims to have completed over 16,000 transactions, including watches both bought and sold, with the average selling price (ASP) for pre-owned timepieces rising from $12,000 to $18,000 during this period. ASP in Asia trended approximately twice as high, at $32,000. More than 20 percent of global transactions were valued at over $10,000, with the highest value for a single watch sold during this period of over $600,000.

“Our concept was born in 2016,” says Justin Reis. “Coming from the world of finance, I spotted interesting parallels between the watch market and how bond markets operated back in the ‘90s. There was a clear opportunity for this vertical to evolve in the same way, merging transparency and transaction ease with watch industry expertise.”

Today, the platform is known for its watch trading floor concept across its global offices, aiming to unite technology and traditional client service. While the second-hand watch market has historically been stronger in the West (Europe still accounts for 50% of global hard luxury secondary sales, according to BCG), it is also spreading to Asia, where Justin Reis sees “immense potential”. 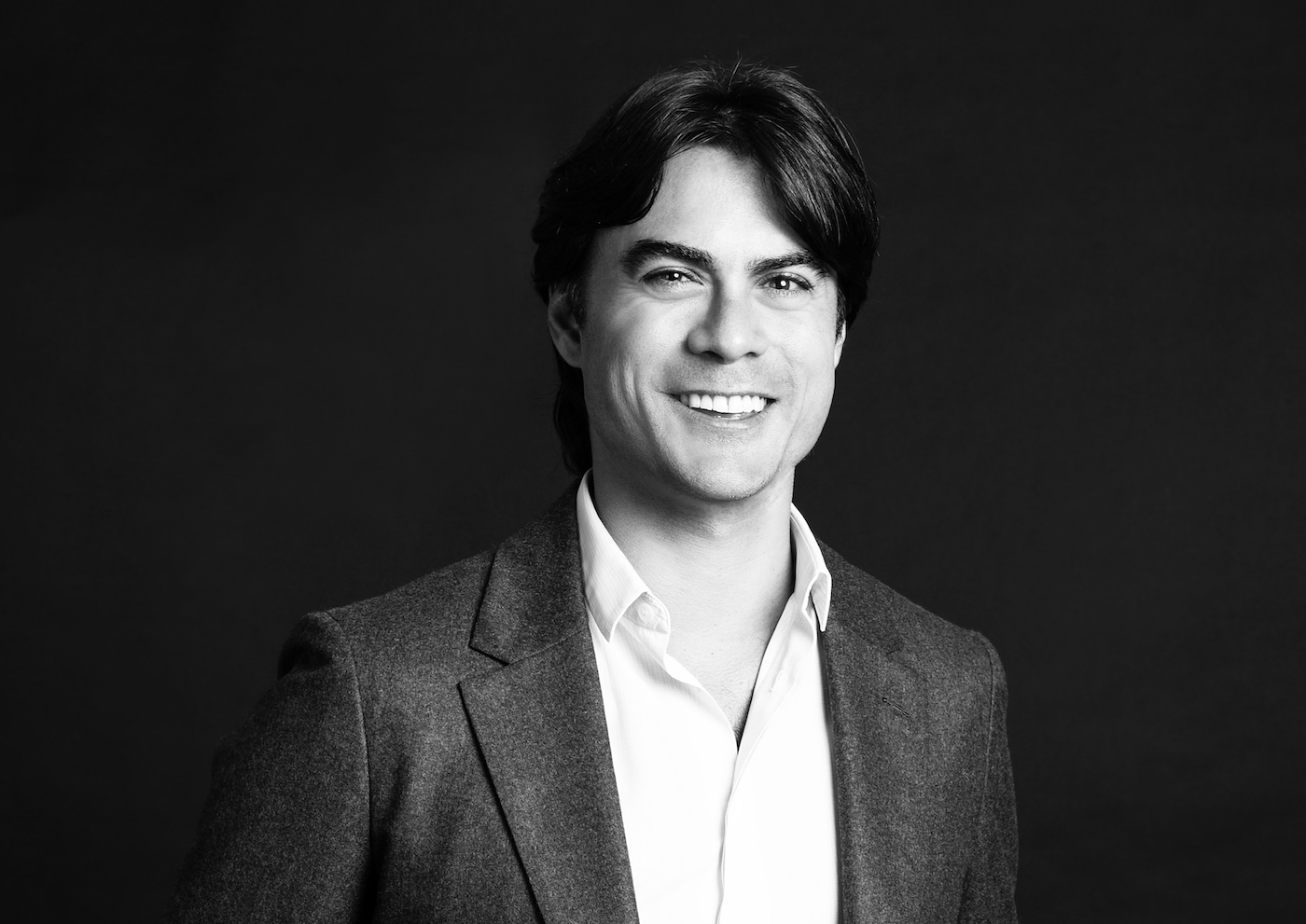 “We didn’t have to reinvent ourselves as so many companies are having to do today.”

He continues: “Our entire business model has been built on the flexibility of digital technology in the face of cumbersome physical networks. The pandemic has had no effect on the way we operate. We didn’t have to reinvent ourselves as so many companies have to do today.”

WatchBox also produces its own videos and content in a dedicated studio, well aware that the battle for the secondary market is increasingly being fought on credibility – as opposed to simple discounts and price arguments – in a highly competitive environment.

“We started investing very early in highly personalised communication and support strategies for buyers. We are establishing quality certifications and paying attention to service to encourage customer loyalty. You’re going to see more and more tailor-made experiences. It pays off.”

Independent watchmakers, from F.P.Journe to H. Moser & Cie, whose brands are built on rarity, are well positioned in both the primary and secondary markets, which are increasingly correlated.

With the health crisis, Justin Reis predicts top-tier brands and uniquely positioned independents will thrive, with a more challenging future for mid-tier brands that are heavily distributed. He believes their model “suffers from overproduction in many cases, especially in the context of production plans and sales forecasts at group level.” Independent watchmakers, from F.P. Journe to H. Moser & Cie, whose brands are built on rarity, are well positioned in both the primary and secondary markets, which are increasingly correlated.

A dedicated WatchBox space at major retailer Seddiqi in Dubai

Watch brands themselves are increasingly venturing into the secondary market by launching their own certified pre-owned sales platforms. For Justin Reis, this is a sign of the ongoing consolidation of this market. He underlines that it will nevertheless be difficult for them to compete with already well-established multi-brand platforms with solid inventories.

Despite the records set in recent years, Justin Reis also believes that the business models of the traditional auction houses will be pressed to deal with the digitisation of increasingly instantaneous sales processes, and new buyer expectations.

“The current battle is over data. We are obsessed with the expectations of the end customer, who is the one who will ultimately force everyone to change. And that includes, by the way, the future of watchmaking shows, a point that is so hotly debated at the moment.”

“We are obsessed with the expectations of the end customer, who is the one who will ultimately force everyone to change.”

Justin Reis sees the partnership between WatchBox and Seddiqi as a model for the future. “They are a key player in the retail industry and have clearly identified that the secondary market is not a passing ‘epiphenomenon’; quite the reverse. They have a huge network of collectors looking for credible solutions, rather than going to a digital supermarket with no guarantees.” Justin Reis is currently in discussion with retailers in Asia and Europe – Danny Govberg, one of the co-founders of WatchBox, is himself an American retailer. Whether in the primary or the secondary market, the pandemic crisis seems to be accelerating polarisation between watch brands. The few blue-chip brands, notably the major independent houses and recognised craftsmen, are standing out to such an extent that their resilience in times of crisis truly transcends the barriers of new or second-hand. Demand for the brand will naturally lock on to any available model. Perhaps this polarisation is the biggest change; even if, by extension, it also explains the growing success of platforms such as WatchBox.

Whether in the primary or the secondary market, the pandemic crisis seems to be accelerating the polarisation between watch brands.

A Collected Man – an online platform specialising in rare models by F.P. Journe, Kari Voutilainen and other similar “safe bets” – can certainly attest to this. In July, its founder Silas Walton told us that he had doubled total sales in the first half of 2020. As we wrote in the same article, the health crisis is accelerating the concentration of the market around a few “crisis-proof” brands and models, while increasingly legitimising e-commerce and the pre-owned sector.

“The industry’s reluctance to sell second-hand collectible timepieces online proved completely unfounded,” says Silas Walton, who believes that “the two markets feed off each other: the more confidence customers have in the secondary market, the better it will be for the new market.”

An extremely rare Patek Philippe to be auctioned in (...)

TIME.BUSINESS Phillips in Association with Bacs & Russo announces the sale of a Patek Philippe’s rare reference 2523/1 world time wristwatch in rose gold, to be (...)