“After not getting a pay rise for many years, there are better things to spend money on than Swiss wrist jewelry”, wrote Bloomberg in a recent article about middle class angst. We were struck by this typical American expression to denote a watch. They are jewels indeed! With arguments for some of them that might open up the wallets of the readers, after all…

“After not getting a pay rise for many years, there are better things to spend money on than Swiss wrist jewelry”, wrote Bloomberg in a recent article about middle class angst. We were struck by this typical American expression to denote a watch. They are jewels indeed! With arguments for some of them that might open up the wallets of the readers, after all…

Kerbedanz is all about symbolism. The Tree of Life Black Edition is a declination of last year’s women’s piece that attracted great attention. As its name suggests, it represents the tree of life – a symbol of growth and immortality – with branches that climb towards the sky and roots that plunge deep into the soil. Different crafting techniques were used on the dial, including enamelling, bas-relief and glazing. The black diamonds on the case and the lugs give the model a particularly mysterious aura. 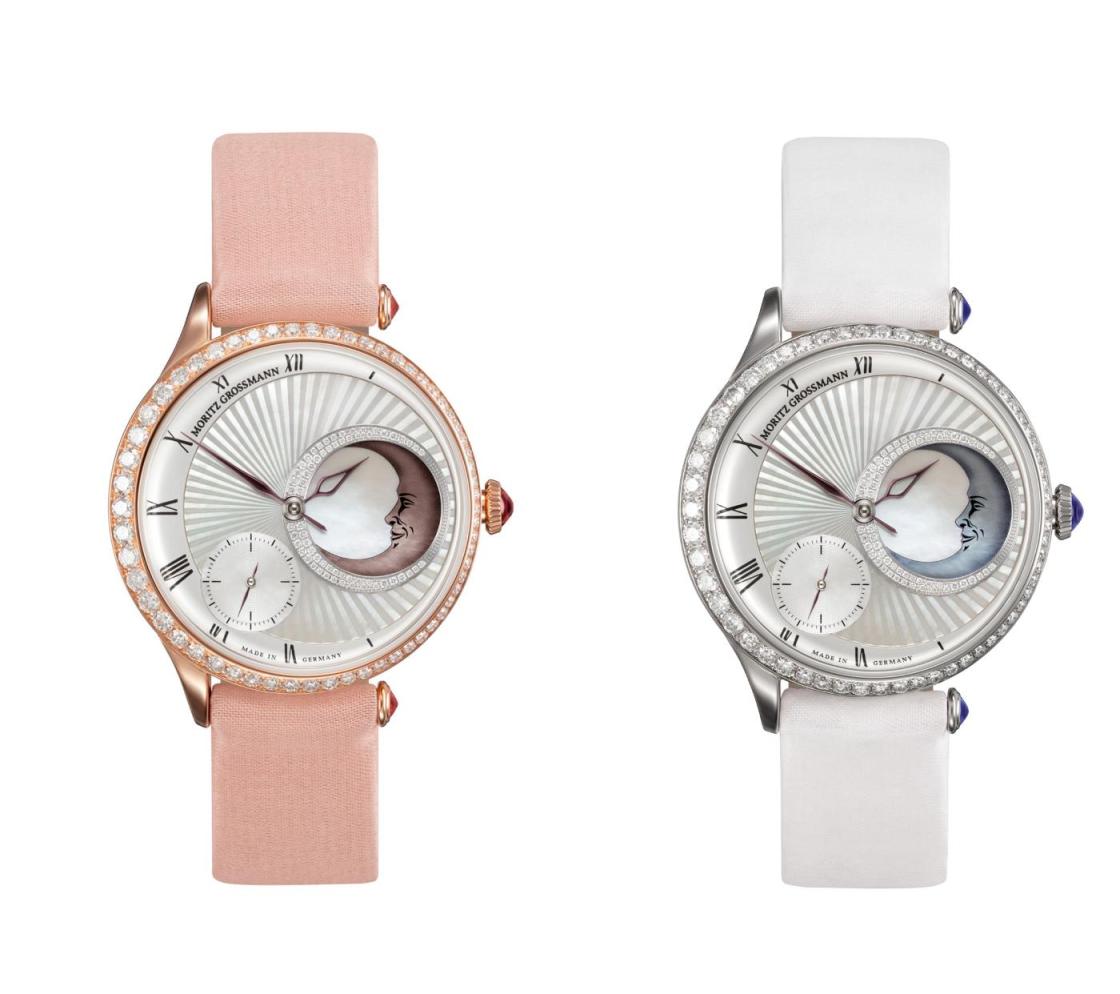 The moon has rarely been as dreamy and elegant as it is on the Moritz Grossmann Tefnut Sleeping Beauty. Created for the Glashüttebased manufacture by designer Michael Koh of Singapore, the model displaying a moon crafted on its dial stands out thanks to the sized precious stones. These, combined with the sparkling guilloché decoration, create a wave-like pattern and give the watch unprecedented grace. 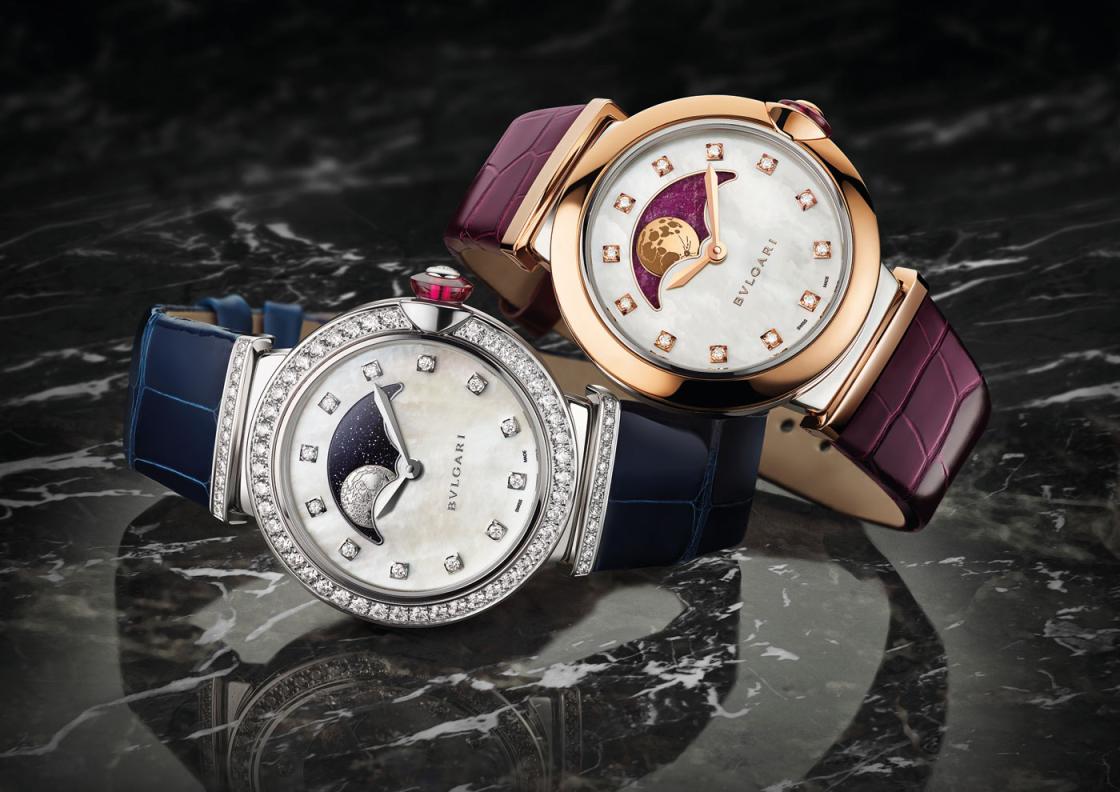 With the Lucea Moon Phases, Bulgari plays with shapes, materials and colours in all subtlety. The moon, mounted on a disc set with rubies or aventurines, moves from phase to phase in an aperture cut into a motherof- pearl dial. Brilliant-cut diamonds are placed as hour markers and a further 45 also adorn the gold bezel, which is enhanced by a cabochon crown with a diamond-tipped pink gemstone. 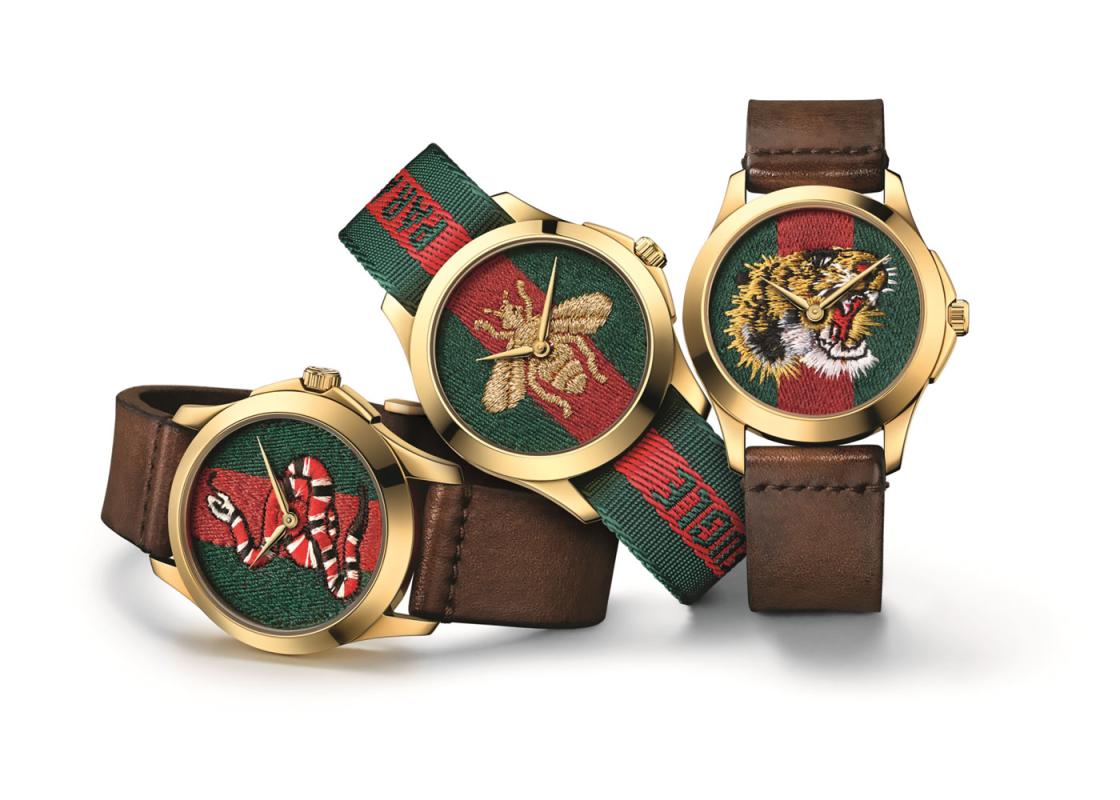 A honeybee, a tiger and a snake are the three beasts we can find delicately embroidered on this piece’s dial, which is covered with a nylon fabric in the brand’s iconic colours – green, red, green or blue, red, blue. The piece comes with a strap embroidered with the motto “L’Aveugle par Amour” (blinded by love). All the unconventional, colourful, daring and romantic elements of Alessandro Michele’s style (he is Gucci’s artistic director) feature in this watch. 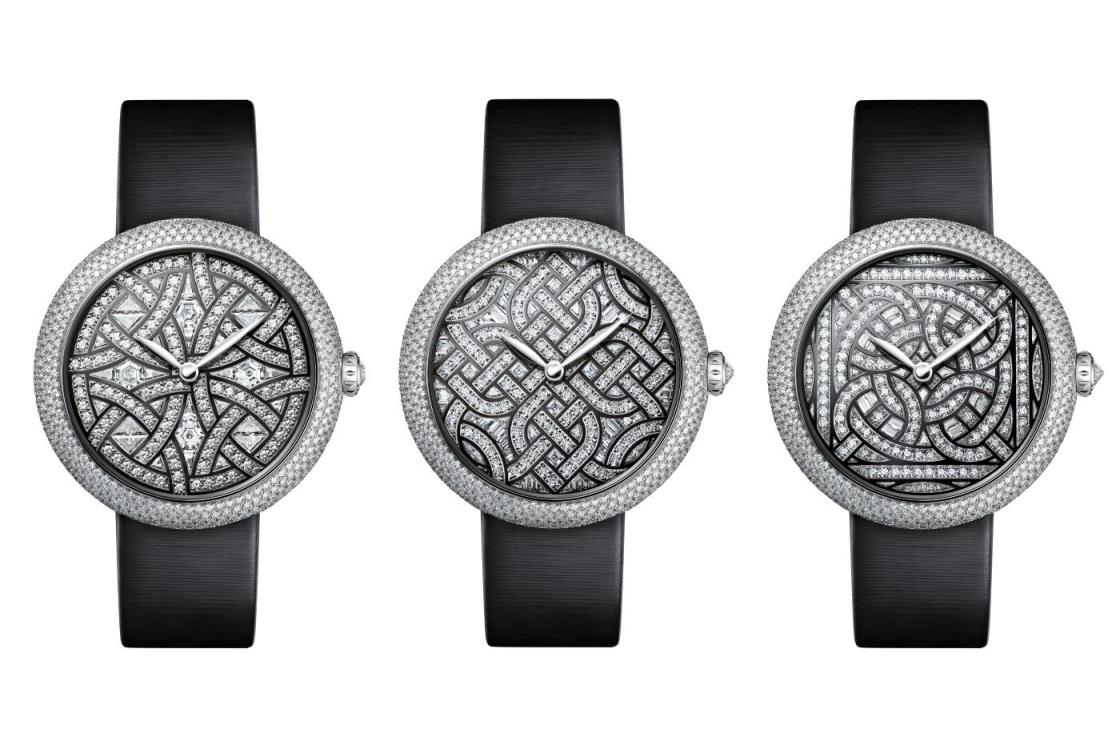 Inspired by the stained glass of a Cistercian Abbey in Aubazine, the piece awakens a plethora of emotions. With its rhodium-plated gold and its diamonds, it is a blend of rigour and discipline. A whole new conception of refinement.

La Sirène by Ateliers de Monaco was created in 2009 for Princess Charlene of Monaco using light blue topaz stones set into the leaves of the King Protea, South Africa’s national flower, which is depicted on the dial. Now Ateliers de Monaco have extended the collection with two new models, La Sirène Diamant and La Sirène Rubis. Seen here is the all-diamond version in white gold with a total of 737 diamonds (3.06 carats) set into the case, crown, bezel and the mother-of-pearl dial. Powered by the in-house automatic dMc-700 calibre with a 22 carat gold rotor engraved with the shield of the principality of Monaco, La Sirène exudes refined elegance with its luxurious and stunning diamond-set dial and case, underlining the brand’s desire to create iconic timepieces. 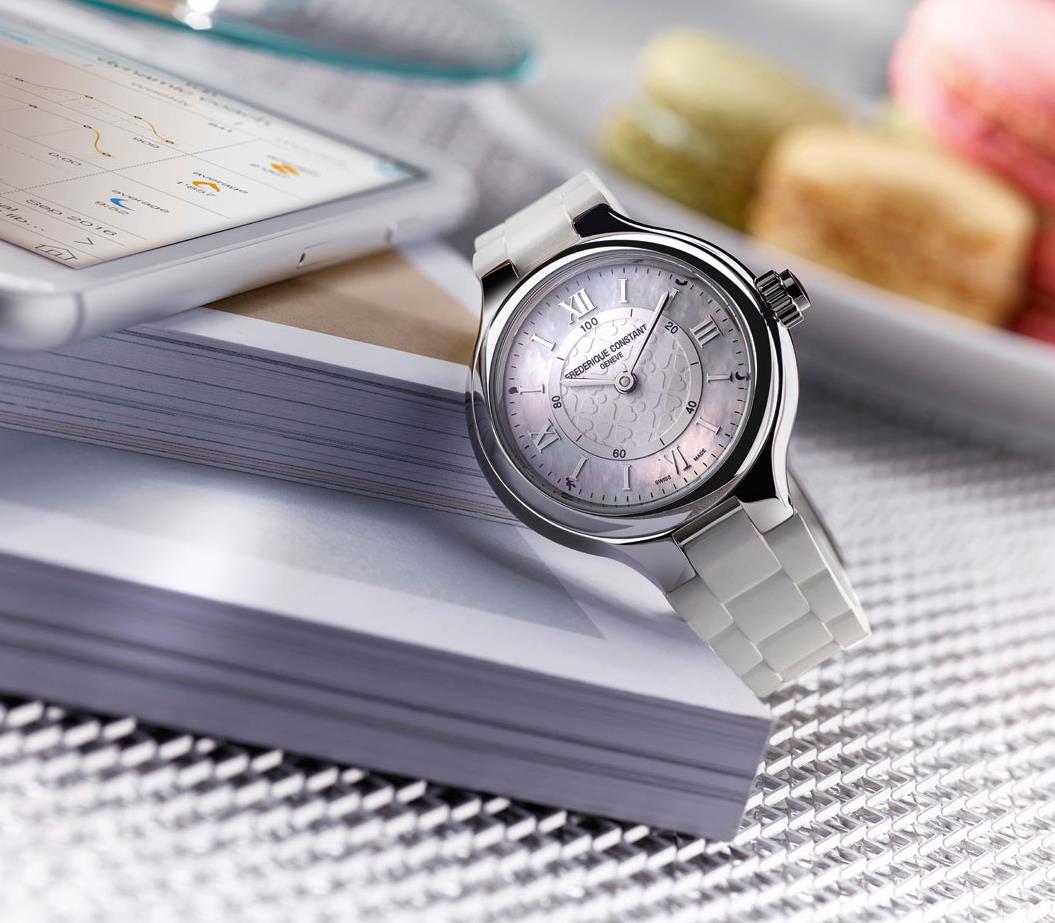 Smartwatches, you say? Can you reconcile elegance, accessibility and connection? Frederique Constant seeks to prove it is possible with the introduction of the Horological Smartwatch Ladies. A pioneer of analogue movements with connected modules, the brand has reinterpreted its 2015 women’s version. As co-director Aletta Stas put it: “We are currently the only ones who offer connected watches that have been genuinely designed for women. Women tend to prefer quartz over mechanical watches – we provide them with the same userfriendliness in our connected watches. To top it all off, the watch doesn’t need to be recharged, as is often the case with smartwatches.”

Century, an expert in sapphire-set cases, has combined sapphire and mother-of-pearl on the Dragon Stone. The “Nacrilith” technique is a process in which a thin mother-of-pearl layer is inserted between two sapphire blocks. As refined as it is, the material is also fragile since it is extremely friable. On the watch, it is revealed in all its glory. Its shimmering effects are enhanced by light as all 36 sapphire facets reflect it at every movement of the wrist. At the peak of its glory, the Dragon Stone Skeleton – first introduced in 2009 – offers a clear view of every gear of the hand crafted skeleton self-winding movement.