When to wind it? How to set it? Where to take it for repairs? For answers to these and other watch-care questions, read on.

1.Watch manufacturers advise people to have their mechanical watches serviced regularly even if they’re working fine. Why is that?

Like a car, a mechanical watch needs to be lubricated regularly to keep it running smoothly. Over time, the oil will deteriorate and friction between the movement’s part will increase, causing abrasion and making the watch less accurate. In addition, the friction can create a very fine dust that will itself act as an abrasive on the watch movement parts.

2. How often does a mechanical watch need to be serviced?

Manufacturer’s recommendations vary, but most range from every three to five years.

3. What happens to it when it goes in to be serviced?

4. Where should you take your watch to have it repaired or overhauled?

5. How much does an overhaul cost?

6. How long does the watch have to remain in the shop?

This, too, varies by repair shop, but turnaround times for overhauls are generally measured in weeks - two or three in many instances.

7. Do quartz watches need to be serviced like mechanical ones?

No. Quartz watch movements do not need nearly as much maintenance as mechanical ones do. That’s because they have far fewer moving parts -just the gears that move the hands. (A digital watch has no moving parts at all). All that most quartz watches really require is that when the case is opened for a batter change, it be cleaned of accumulated dirt. However, some expensive quartz analog watch movements should have their gear train lubricated ever eight to 10 years. For inexpensive quartz watches, this isn’t worth doing.

8.How often does a watch’s water resistance need to be checked?

All water resistant watches need to have their water resistance checked every time the battery is changed or the case is opened for any other reason. That’s because when the case is opened, the gaskets that keep the water out of the case are dislodged. (These gaskets, or O rings, are located inside the case at the joints where the case meets the case back, crown and crystal.) For this reason it’s important that when the battery in a water-resistant watch needs to be changed, the watch be taken to a repair center that has water-resistance testing equipment. In some instances, water-resistance should be checked between battery changes. If the watch is worn in the water, frequently or exposed to a lot of sweat, it should be checked at least ever two years and, if exposure to water is very frequent, every year, says Efim Khankin, owner of Universal Watch & Jewelry Co., Birmingham, Mich.

9. Do you need to wind a mechanical watch every day?

The watch will run better if you do. “You always get better performance from a watch when it’s fully wound than when it’s wound down,” says Daniel Fenwick, technical manager at Swatch Group (formerly SMH) Customer Service in Lancaster, Pa. It’s best to wind it even if you don’t intend to wear it. That will prevent the movement’s lubricants from congealing. This doesn’t, of course, apply to an automatic, or self-winding watch. This type of watch should be wound initially to get it started. If the wearer is reasonably active and wears the watch for 12 to 15 hours a day, it will remain fully wound, Fenwick says.

10. Does it matter which direction you turn the crown when you’re setting a watch?

On most mechanical watches it doesn’t. On some, particularly those equipped with calendars, you should only move the hands clockwise. The manufacturer’s instructions will include directions for setting. On quartz watches, it’s OK to move the hands in either direction to set them. Manufacturers point out, though, that you can eliminate the free play in minutes hand by setting it in the following way (a quartz watch, unlike a mechanical one, tends to have play in its minutes hands due to the lack of tension in the gear train): Move the minutes hand clockwise until it is a few minutes past where it is supposed to be, then move it counterclockwise back to the correct spot.

11. Will heat and cold affect a watch’s accuracy?

Heat and cold will affect the time-keeping ability of a quartz watch. Quartz crystals, whose extremely steady vibrations are responsible for the unrivaled accuracy of quartz watches, are cut so they perform optimally at room temperature, says Fenwick. A temperature of 100 degrees Fahrenheit will throw the timing off by about 1 second a day, as will one of 32 degrees Fahrenheit. Extreme temperature will also affect the accuracy of a mechanical watch, but not as much as other factors (see below). One reason is that hot and cold cause the metal parts of a watch movement to expand and contract (though advances in metallurgy have made this less of a problem than in the past). Another reason is that heat and cold affect the viscosity of the oil that lubricates the movement, and thereby affect the movement’s accuracy.

12. What other factors affect the accuracy of a watch?

In a mechanical watch, wearing habits such as when the watch is wound, how long it’s worn each day and what position it lies in when it is not being worn all play a critical role in determining how consistently a watch runs. Although a typical mechanical watch might gain or lose about 5 minutes a month, it’s possible, by adjusting the watch to fit a wearer’s regular habits, to achieve much higher accuracy than that. “The more consistent your wearing habits, the more consistent the time-telling will be,” says Joseph Cerullo, technical director at the Movado Group, Lyndhurst, N.J. None of these factors make any difference with a quartz watch. With quartz, temperature is the only variable that affects the accuracy of the movement.

13. Can a mechanical watch be worn playing sports?

In general yes, Cerullo says. All or nearly all mechanical watches manufactured today are equipped with anti-shock devices that protect the watch’s balance-staff pivots - the part of the watch movement most vulnerable to damage from impact. These devices are usually effective enough to protect the watch from the shock it encounters when you hit a tennis or golf ball, for instance. Nonetheless, there is a small change that an especially hard knock could damage not only the balance but the rotor axle, which is some automatic movements serves to secure the rotor to the watch movement. So deciding whether to wear your mechanical watch or not while playing sports is a matter of risk assessment. The odds, however, are on your side.

There is very little chance of damaging the movement of a quartz watch while playing sports -a quartz watch does not contain the delicate balance-staff pivots that make anti-shock devices necessary in mechanical watches. You can, of course, damage other parts of the watch -the crystal of instance- whether the watch is quartz or mechanical.

15. Will anything damage a scratch-resistant sapphire crystal?

16. Will wearing a watch on the inside of your wrist affect its accuracy?

If it’s a quartz watch, no. The position of a quartz watch has no bearing on its time-keeping ability. A mechanical watch is a different story. Mechanical watches are regulated at the factory to run optimally on a right-handed person who will wear the watch on the outside of his or her wrist -i.e. crown down, dial up. The watch will not run as accurately in any other position, unless it is adjusted to do so. If you want to wear the watch on the inside of your wrist and have it run as well as if it were on the outside, you’ll have to have it re-regulated.

17. How long will a quartz-watch batter last?

18. Can you hurt a watch by pulling the crown out too hard when setting it or, in the case of a mechanical watch, winding it too much?

It’s unlikely you would hurt a watch doing either of these things. You would have to pull extremely hard on the stem to damage it while setting the watch. It is in theory possible to overwind a mainspring so that it breaks, but watch repairers say this rarely happens.

19. It is true you can preserve a quartz watch’s battery power by pulling out the stem if you won’t be wearing the watch for a few days?

Pulling out the stem saves 75% to 80% of the watch’s energy because the gears and hands aren’t turning, says Fenwick of the Swatch Group. However, he points out, the savings is marginal when you consider that a silver oxide battery will lose 5% to 8% of its power a year just sitting unused. Another argument against trying to save battery power this way is that if the gears in the gear train sit stationary for a long time, the lubricants congeal. 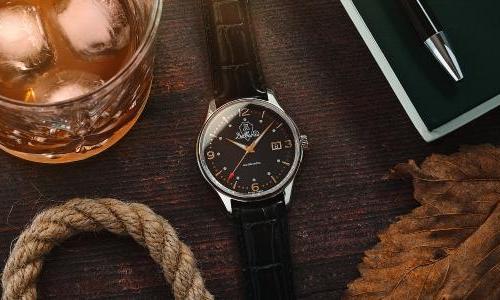 An introduction to Delbana’s Della Balda

Named in honor of Delbana’s founder Goliardo Della Balda, the Della Balda models epitomize his vision with their design and value. As part of a return to (...) 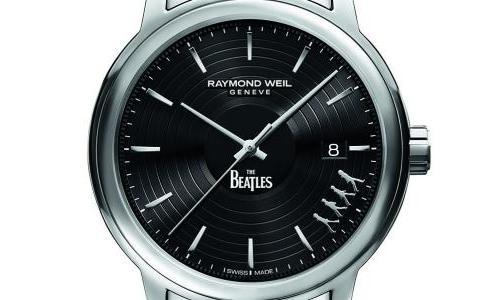 After producing four successful limited-edition watches honouring the work of the world’s most famous rock band, The Beatles, Raymond Weil offers a unique (...) 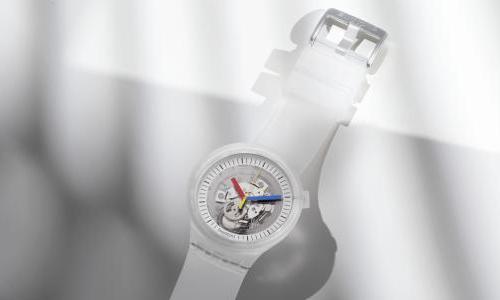 There’s nothing to hide with the new Swatch clear collection. 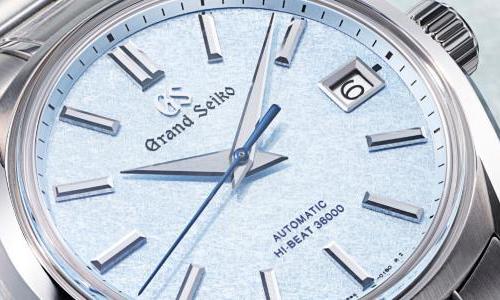