The American spirit is alive and well in watchmaking. In the 1800s and 1900s, America was a pioneer in watchmaking, developing affordable watches for the masses (the famous “dollar” watches), creating supremely accurate timepieces for the railroads, pushing boundaries of design and the use of innovative materials and much more. Then, the Swiss, Japanese and Chinese kind of took over and the bulk of watch production moved offshore. Today, however, there is a renaissance of sorts going on, with American companies coming to the forefront.

For this discussion, we are going to use the loosest definition of the word “American”. Included in the discussion are American companies, whether or not they are producing anything other than their designs in the USA. This covers the complete spectrum, from companies like RGM, Kobold and Devon, who make as much as they can in the USA, to companies like Hamilton, Ball, Harry Winston and Bulova, who started life as American companies but are now owned by foreigners, all the way to companies like Ralph Lauren, the Movado Group, Reactor, Timex, Nixon and others, who are American companies that choose to manufacture the designs they have created in Switzerland or other places in the world. Shinola, perhaps the highest profile of all these companies, currently, is another case altogether. A joint venture between Bedrock Manufacturing and Ronda, a movement manufacturer in Switzerland, all the parts are delivered to the brand’s Detroit-based facility, then assembled there, allowing Shinola to say “Built in Detroit.”

THE RENAISSANCE OF AMERICAN WATCHMAKING

It’s good for the watch industry that American companies are strongly in play – bottom line, it brings more attention to watches in general.

“There is no question that the Americans are beginning to get more active in the watchmaking industry,” says Ehren Bragg, Devon Works. “There are a lot of great brands doing a lot of innovative and creative designs that are resonating with people all over the world. But I also see the watch industry skewing to a new normal that is moving away from pure timekeeping and more toward high technology, traditionally an American strong suit. When and if Apple launches a smart watch, this shift will likely be very rapid.”

Media awareness in the USA has never been higher. “A resurgence has been underway for many years, but only very recently has this been picked up by the mainstream press (Wall Street Journal, Financial Times, etc.),” says Michael Kobold, president, Kobold Watch Company. “Kobold has been an American brand since its founding in 1998 and we have been a leader in the efforts to bring manufacturing back to the U.S. since 2004. Today we manufacture cases, dials, hands and even some movement components inhouse on modern CNC machines. 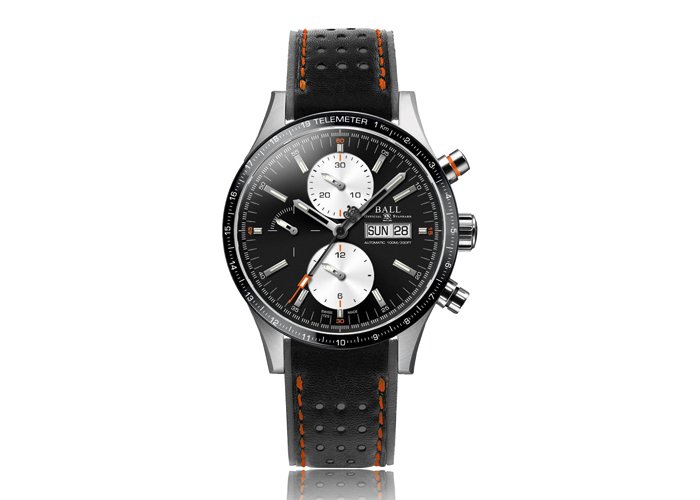 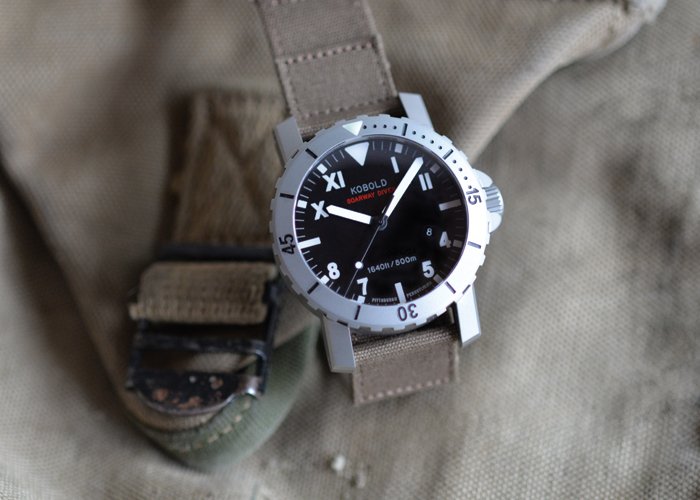 “Our watches are considered American made because our cases are 100% made in USA and we are working on producing an in-house movement that is also Made in USA and does not rely on Swiss components at all. American watches are often more retro-styled, and Kobold is no exception to this. We produce our Soarway line here in the U.S. and the core design characteristic of the Soarway case is its strong nod to the Bauhaus movement, where form follows function.”

End consumers are sitting up and paying attention. Shinola sold out of its first production run in no time, and other companies are struggling to keep up with demand. “I see a resurgence, big time, from assembly plants in Detroit with entry level brands like Shinola to midlevel experiments with several brands making cases to high end watches as my friend Roland Murphy makes, things are for sure happening,” says Jeffrey Hess, president, Ball USA. American watchmaking companies are here to stay.

“Americans were at the forefront of watch manufacturing, historically, and our influence is still felt in the watch industry as some of the great brands are still around today,” says Stan Betesh, president, Deep Blue Watches.“Today we are proud to have more companies who actually assemble in the USA than just 10 years ago. Every year there are always new American watch companies being established, it’s actually sustaining them that’s important.” 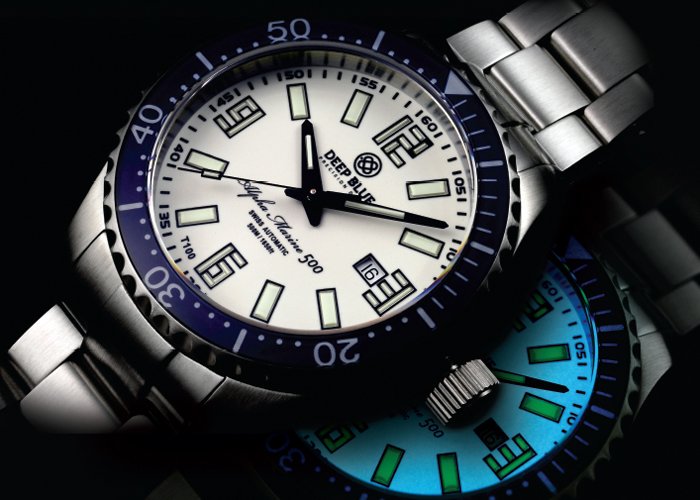 Truly, America is a special place, like no other country on earth. As a result, the watch designs created here are unique and instantly recognizable as American. “Even though we are Swiss Made, our customers are really responsive to the fact that I live in Fort Lauderdale, and that our designs are created here,” says Pascal Savoy, president, Savoy Watches. “Our watches are influenced by and reflective of the American culture in that they are bold and for people who are willing to think differently and express themselves. Miami is a vibrant city and a melting pot of so many different cultures and customs while remaining truly American. 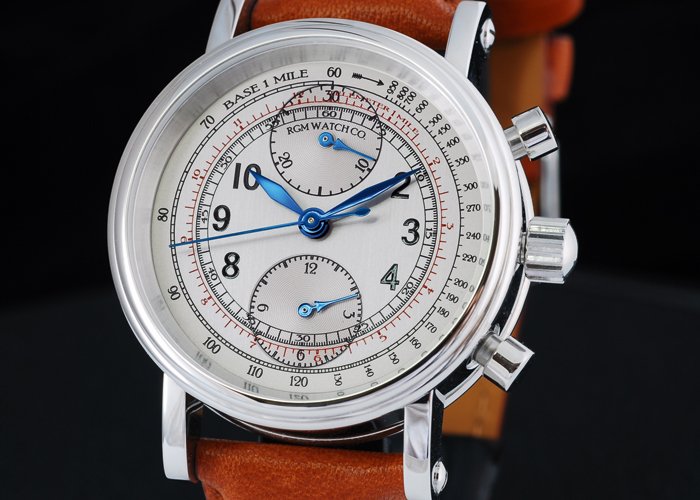 The tagline for our ads is ‘Independent, Distinctive, Non-traditional,’ we feel that that is what America is all about.” A company like RGM gets a lot of ideas and inspiration from America’s great watchmaking past, according to Roland Murphy, owner, RGM Watches. “You can see that in the movements we make, like the click on the 801, or the bridge design, and the caliber 20’s Motor Barrel system just to name a few. Also, the finishing techniques we use like the big polished dish in the winding wheels.” Hamilton is one of the earliest American brands and the brand’s American heritage continues to inspire its designs even now, when the company’s headquarters are in Bienne, Switzerland. “The American Spirit is the daring, the exuberance, the willingness to try,” says Sylvain Dolla, president, Hamilton Worldwide. “We always keep this in mind in whatever we do. Our new campaign is ‘One Story, One Dream,’ playing on the American dream, which still appeals to a lot of people, and is part of our DNA. There is an energy and an emotion that you can only get in the US.” 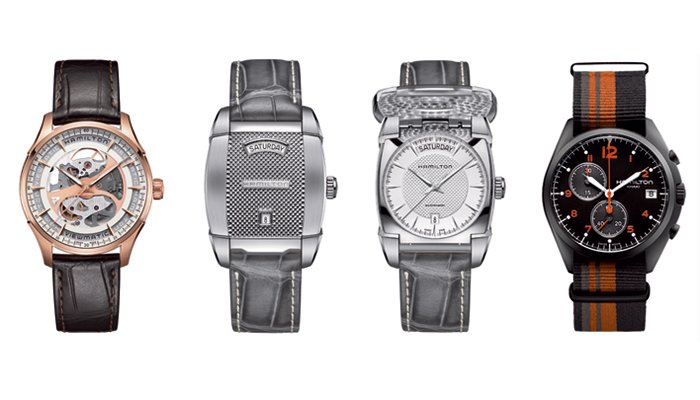 Very often, American watch companies are willing to take chances that more traditional brands are not. “I feel Americans are more comfortable with risk and far less constrained by what’s been done before,” says Devon’s Bragg. “We like to rock the boat. And this brave entrepreneurial spirit pervades our decisions every single day, empowering us to push the envelope and constantly innovate. The original concept for our Time Belts occurred to our designer as he was helping a friend change the drive belt on his Harley-Davidson motorcycle - it doesn’t get much more American than that. He saw some writing on the belt and thought it would be an interesting idea to have a message printed there that could be read when the belt was in motion. This creative seed eventually sprouted into what would become our Tread 1 watch.”

David Yurman is an example of a brand born in the US, with a focus on real American design. “There’s a real intersection of craftsmanship, art and technology in American design, and I think there is always an appetite for that combination,” says Evan Yurman, chief design director, David Yurman. “Not just in watchmaking, but in everything from the automotive industry to fashion. I like to think that we’re at the forefront of it all. The American design aesthetic is about lifestyle and ultimately, the brand-to-client relationship. It embodies a certain spirit - non-conformity and elegance, technology and heritage. David Yurman clients identify with and appreciate that freedom of design. As a designer, your experience and the world that surrounds you are the guiding principles that inform your work.”

From the beginning, American companies were most concerned about precision, as in the earliest railroad watches. “I think in general American companies are more focused on the actual overall performance of the watch, not the complication of the movement,” says Jimmy Olmes, president, Reactor. “Reactor is highly feature/benefit oriented and we listen to our customers to see what they want in their timepiece. From a business model, we are true partners with our dealers – many of the Swiss brands focus on what is best for them, without considering what is best for their dealers.”

For many American companies, Swiss Made is an important part of who they are. Savoy, Hamilton, Ralph Lauren, the Movado Group, Harry Winston and more are all Swiss Made, and push Swiss excellence in their marketing. “I believe there is definitely an increasing appreciation in the US for products that are Made in America,” says Pascal Savoy. 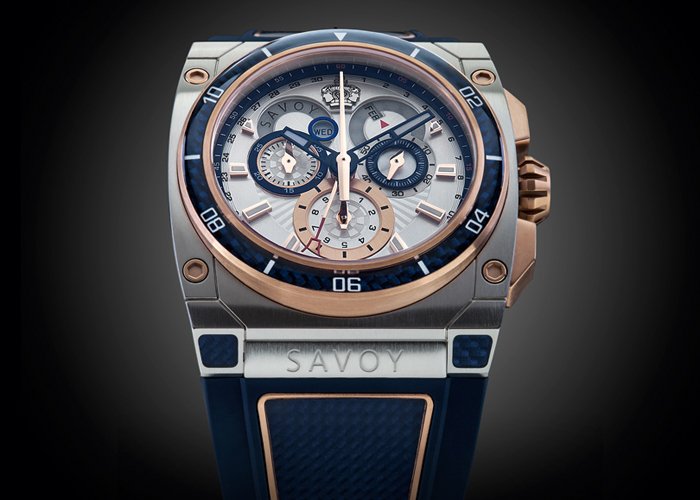 “A lot of brands benefit fromtheir American identity and culture. For Savoy and for the watch industry, however, the Swiss Made label remains paramount. We have the best of both worlds, as our designs are created in America and often inspired by American spirit – but we still maintain the integrity, quality and credibility - particular to the watch industry - of being Swiss Made brand.” Swiss Made is definitely a cachet in the watch industry, and we shouldn’t expect American Made to supplant that anytime soon, though American watches are coming on strong.

There is some validity to the thought that Americans (and other nationalities) will buy American simply because it is American. Shinola, with its emphasis on Detroit and the American nature of the product, is certainly benefitting from this view.

“I find that the best predictor of a person’s likelihood to buy an American watch is less about nationality and more about an independent spirit,” says Devon’s Bragg. “People who pay attention to what’s been traditionally accepted as a luxury timepiece are generally going to follow the herd. Others who are analytical thinkers comfortable coming to their own conclusions and less influenced by zeitgeist will love the fact that a watch is American after they fall in love with the design or some other key attribute.”

Reactor’s Olmes agrees, saying that “the most important part of a buying decision is style, closely followed by the brand, or in the case of the better known Swiss brands, the brand is more important than the styling,” he says. “If the consumer is not a watch snob then he/she is focused on styling, construction, and performance (feature/ benefit) and naturally price.” American watches, however the definition, are here to stay. Thank goodness.