by Dr Frank Müller, The Bridge To Luxury (TBTL)

by Dr Frank Müller, The Bridge To Luxury (TBTL)

Apple’s long-awaited arrival, with all the attendant media ballyhoo, has given the smartwatch market strong momentum this year.

Whereas 6.8 million units were sold in 2014, Apple alone will add some 14 million timepieces to an estimated total of 23 million this year (sources: Smartwatch Group, IDC). In very short order, a new product category will have overtaken the traditional watch market which, according to The Bridge To Luxury’s projections, is about to contract by 4–5%, falling to less than 20 million pieces in 2015. However, the watch industry has been reluctant to take advantage of the smartwatch’s potential, and is still struggling to catch up with a trend that will be long-term and substantial (IDC: 85 million units in 2019). Although TAG Heuer’s Connected, Fossil’s Q Founder, Frédérique Constant’s Horological, Vector’s Luna and Montblanc’s e-strap represent the first steps into unknown territory, the overall industry’s effort has so far been a timid one. Yet there is a growing urgency to answer the question of whether the smartwatch will be just an interesting addition to the brood or, in the worst case, the cuckoo in the nest that kills off the traditional industry’s own hatchlings. 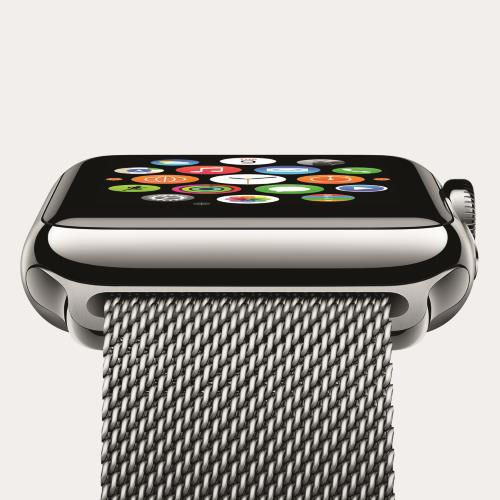 The urgency for such a response comes not only from smartwatches’ attractive benefits for consumers; it’s also about those USPs that hitherto have been the traditional preserve of the watch industry: timekeeping, design and branding. Whereas timekeeping functions can be considered the least at risk – instruments such as car dashboards, computer screens and train station clocks have never affected wristwatches – the design aspect is more pertinent. Recently introduced smartwatches increasingly resemble classic watches in looks and materials, with astonishingly high – and improving – quality. But the old rule of “one watch, one design” no longer applies. The new paradigm is “buy one, get three, four or five” as smartwatches offer a variety of dial displays in a single case, which the wearer can select with a simple push button, according to taste and situation (sports, office, opera). But the major battlefield is branding: Apple, Samsung and their ilk are the new heroes of our time – not just as makers of phones, notebooks and tablets but also now as watch providers. Their marketing for so-called wearables is young, fresh and dynamic. Having been proud to be traditional, the watch industry’s leitmotif (“manufacture depuis…”) now appears to lead down a dusty looking cul-de-sac.

Of course, in a rapidly changing world conservatism still has its place, as a point of reference. However, if old attitudes, paired with a fear of the IT giants’ inexorable onward march create a technical standstill, then the scared rabbit in the headlights really will be in trouble. Not only because the smartwatch is threatening the watch industry on its home turf, but also because it offers game-changing, innovative and attractive consumer benefits which the watch industry, as the established power, should have come up with in the first place. The smartwatch is the conceptual extension of the smartphone. It has no purpose of its own, but it serves as another integrated platform for the endlessly multiplying world of digital applications that structure and influence our lives – for good or bad, whether we like it or not. In terms of functionality and image, the traditional watch industry has been seriously outpaced. 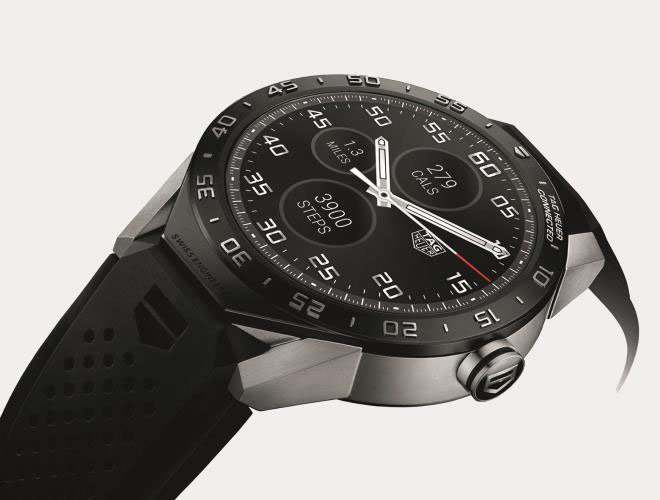 Watches are bought for multiple reasons: function, design, movement design, tradition, place of origin, manufacturing credibility, craftsmanship, brand attractiveness and price. It can be assumed that those brands that make a contrarian social statement to the digital world in general, and the smartwatch in particular, will continue to enjoy growing success – on condition that they are manufacturers of expensive, traditional handcrafted mechanical watches. The female dress or fashion watch will also likely remain untouched by the smartwatch phenomenon. But brands that position themselves as general lifestyle brands will face serious head winds, given the cool, modern and well-nourished campaigns of Apple et al. TBTL reckons that traditional watch producers will lose substantial market share of up to 7–13% over the next five years. Obviously, the historical industry is hoping that its customers will return, once they mature into “traditionalists" in later life. TAG Heuer’s idea of a voucher to swap its smartwatch for a classic timekeeper after two years is an expression of such optimism. But if we cast our minds back to when the wristwatch first arrived on the scene, the market for gold pocket watches never really recovered, although it still stands for the very best a mechanical watch can offer. In the 1980s Volkswagen introduced the first energy-saving automatic start-stop system, and failed. Cars with hybrid drive systems were also punished for a long time by consumer suspicion. Today, with more urgent ecological imperatives (and new competitors like Tesla) both concepts have been embraced. So with the acceptance of the smartwatch, the acceptance of hybrid systems in watchmaking may increase. Exciting R&D projects in Europe are currently focusing on new concepts combining mechanical energy generation and storage with various smart functions displayed on LCD panels or e-paper dials (e.g. emails, alerts and reminders). These ‘semi-smart traditional’ solutions will be especially interesting for mid-priced and mid-sized brands that want to bridge the old and new by offering attractive elements of both worlds without venturing fully into the smartwatch universe.

If a watch company is unable to compete with the marketing clout of the smartwatches, it will have to be very focussed in terms of branding. By identifying a suitable niche it will avoid a piggy-in-the- middle problem in terms of pricing, company size and interchangeable lifestyle advertising, issues that have already started to impact an industry undergoing painful restructuring – even before the smartwatch invasion. Braving the niche, however, will require a much more creative and disciplined approach to branding and a highly professional handling of company structures, procedures and costs. But brands like Nixon (“California”) and Jaermann & Stübi (“Golf”) at least show signs of new thinking. It is not yet too late to take advantage of the smartwatch boom – or to search for alternatives. But it is about time to start looking for answers.