One step from connected to mechanical... really?


In light of the increasing popularity of the connected watch, Swiss watchmakers often assume that starting with a smartwatch is just the preamble to owning a mechanical watch. Mere wishful thinking or data-based observation? A consulting firm specialised in the watch industry in China (also organisers of the yearly Shanghai Watch Festival) conducted a survey on this very question. Here are the results.

One step from connected to mechanical... really?

In light of the increasing popularity of the connected watch, Swiss watchmakers often assume that starting with a smartwatch is just the preamble to owning a mechanical watch. Mere wishful thinking or data-based observation? A consulting firm specialised in the watch industry in China (also organisers of the yearly Shanghai Watch Festival) conducted a survey on this very question. Here are the results.
I

t is a widely held belief (and maybe a pavlovian defensive posture) in the Swiss watch industry that the increasingly popular smartwatches have at least the merit of exposing a new generation to wearing “something” on their wrist. As this may eventually lead to a new found interest in more complicated mechanical timepieces, the smartwatch is considered as a conversion tool by the “true” watch industry.

This idea finds its roots in the past: isn’t History just a cyclical repetition of similar events? In the 1980s, the launch of the disruptive plastic-made colorful Swatch - often labelled as the savior of the Swiss watch industry - successfully exposed a new generation to affordable and fashionable watches, allowing the whole sector to regain in popularity and sales, in a time of deep crisis. Would the Apple Watch be the new driver of sales towards the Millenial generation, especially with regards to Chinese consumers, by far the most important segment for the watch industry today?

To investigate this critical question for the future of the watch industry, we conducted a survey on more than 1,300 people in China on this very question in partnership with Insight X, a smartwatch company which provided the samples used in the survey.

The participants, all male, were required to meet several criteria, such as: wearing their watch (connected or mechanical) on a regular basis, meaning more than three days per week; owning their watch for more than 16 months. The minimal value for mechanical watches was of 4,000 RMB (600 CHF) at the time of purchase. As for the smartwatches, they had to include the basic functions, features and display of a timepiece, excluding trackers such as Fitbit.

The results were surprisingly positive as a majority of mechanical watch owners (52%) expressed their satisfaction with the experience. Most were convinced by the functionality of such watches. Some 48% of the participants in this group remained however “unsure” or unconvinced by this experience, citing reasons such as the “cheapness” of such watches, their fragility, the complexity at operating them and their sheer preference for traditional time display.

Drawing on these results we then introduced these 48% unconvinced participants with smartwatches of a different nature, designed with a “traditional watch” aesthetic. In this situation, 21% said they would consider them, notably for their functionality such as health monitoring, while 19% were unsure and 8% remained unconvinced and declared their lack of interest for smartwatches.

The group of participants owning both smartwatches and mechanical watches were constituted in focus groups to complete the study.

Interestingly, the study showed that in the demographic that wore smartwatches, it wasn’t uncommon for them to stop wearing their watches for an average of 2 weeks due to forgetting about it after they had removed it off their wrist for charging. Many of those interviewed regarded the smartwatch simply as an “extension” to their existing high-tech lifestyle. For those who wore mechanical watches exclusively the average time they did not have a timepiece of some sort on their wrist was only 3 days. The “attachement” of the owner to the watch hence seemed much deeper among owners of mechanical timepieces

The survey also tackled the common practice of watch “gifting”, which has made the headlines in the watch industry these last years. A staggering 84% of participants said they would opt for a smartwatch as a gift rather than a mechanical watch. When asked for reasons, two criteria dominated: the functionality and also the discretion surrounding this kind of watch, as opposed to mechanical timepieces. They consider there might be more chance that the people who receive the smartwatch would actually wear it. Only 4% expressed their choice of a mechanical watch as a gift, and the most common price range quoted was very high, at 70,000 RMB and above.

The study concluded that in China, the smartwatch is simply yet another affordable extension of an already mature digital ecosystem, deeply entrenched in the contemporary population’s lifestyle, with little if any emotional attachment. One can only predict that the popularity of smartwatches will accelerate as 5G coverage increases.

While the high-end luxury watch market seems safe, there is evidence that this category of watches will take market shares from the entry- to mid-range level mechanical watches, instead of creating a boost in interest for them, as wished by many in the Swiss watch industry drawing on the example of the Swatch in the 1980s.

Horoscope Consulting was set up by Kelvin Sa and Daniel Sum, the founders of Shanghai Watch Gang and Shanghai Watch Festival, to help the watch industry grasp a better understanding of the Chinese market. It offers key insights to brands about China, its culture and its consumers in order to be more effective in tackling its market. 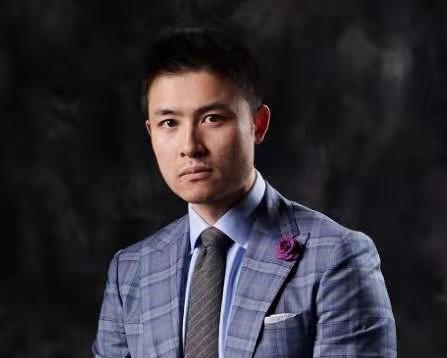 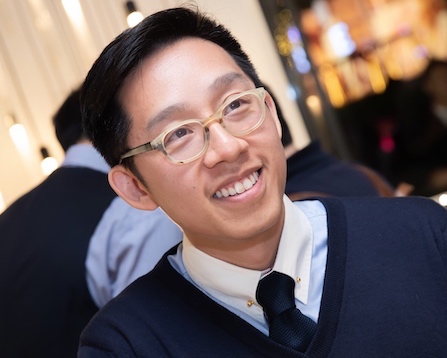