ROLEX - THE EMPIRE STRIKES BACK


ROLEX - THE EMPIRE STRIKES BACK

In Italy and elsewhere it is common to see advertisements proclaiming: “We buy gold, silver, Rolex.” A Rolex is more than just a watch. Over and above its value as a status symbol, Rolex has long been seen as a safe-haven investment, something that can be kept for a “rainy day”. There are plenty of testimonials, like this one from an online forum: “For me, a Rolex isn’t a status symbol; it’s a guarantee that I have on my wrist an instrument that has been carefully crafted down to the last detail, that I own a watch that will still be in style 40 years from now. Another point in its favour is that Rolex is the only brand you can sell immediately if you need the money, without losing too much of its value. I know this from personal experience.”

This unique status did not come about by chance; it is the result of continually improving product quality, combined with a pioneering marketing strategy that, from the brand’s earliest days, has gradually built up an image of solidity, reliability and professionalism. Conceived as an avant-garde piece of technology (being both automatic and waterproof), it was only gradually that Rolex acquired its status as a symbol of success and social standing. The risk, of course, is that this image is turned against it, as we saw in France a few years ago, when a sunbed-tanned publicity mogul with more money than sense declared: “If you haven’t got a Rolex by the age of 50 your life is a failure,” sparking a national outcry. Through no will of its own, Rolex has come to represent the epitome of luxury, even though products bearing the famous crown probably offer some of the best value in the entire watchmaking industry. 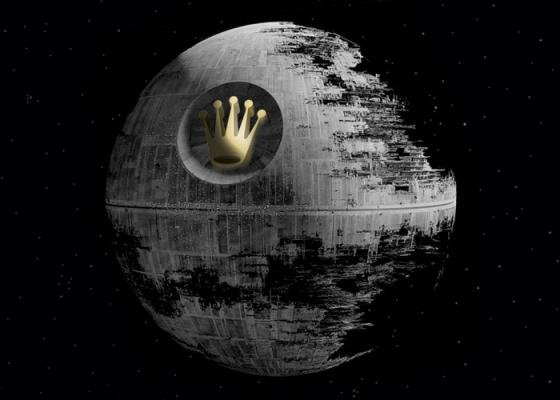 The risk that this image of excellence might begin to crumble under the weight of continuing attacks and scandals, that the desirable icon could become a hated symbol, cannot be brushed off lightly. Up to now Rolex, true to its reputation for discretion, has appeared to be keeping a low profile. The recent surprise appointment of Jean-Frédéric Dufour as managing director certainly marks a change in direction or, at the very least, an adjustment of strategy. It was crucial to counter the risk of a gradual fall from grace, and show that Rolex is not just the Fort Knox of watchmaking, but a powerful and living enterprise, creative, dynamic, and with its sights set firmly on the future. To see a young and charismatic figure (Jean-Frédéric Dufour is just 45 years old) installed as MD of the watchmaking giant, one who moreover earned his spurs outside the Rolex stable (he was CEO of Zenith after working for Chopard, among others) is in itself a minor revolution. And it sends a clear signal that the “Empire” is about to strike back. But if there is to be a counter-strike, it probably won’t be a terribly spectacular one.

There is no reason to expect a radical change of attitude, to believe that Rolex, that paragon of media reticence, will start shouting from the rooftops. No, what we shall see is an unhurried, measured effort to reaffirm the relevance of Rolex’s watchmaking approach, particularly with the newer generations for whom Rolex watches reflect a somewhat conservative image. Paradoxically, then, Jean-Frédéric Dufour will do for Rolex the opposite of what he successfully achieved for Zenith. Appointed to replace the overly flamboyant Thierry Nataf, at Zenith his task was to calm things down, restore reason and return the firm to more serious watchmaking. As MD of Rolex, on the other hand, he will need to temper the brand’s staid horological image with a dash of youthful flamboyance. But the great advantage of working for such a stable “empire” is that he knows he can take all the time he needs.