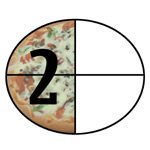 Since we can admit that, in the Bel Paese, the passion and culture for timepieces are rather vague, it thus remains difficult to explain why a certain brand or certain individual watches become veritable cult objects. Whatever the reason, and despite the tendency to follow fashion trends, which is quite typically Italian, we can clearly identify several watch phenomena that are well rooted in the nation’s culture.
In this respect, we refer to the opinions of Fabrizio Rinversi, who as director of La Clessidra (a professional magazine created in 1945) enjoys a privileged vantage point. In the sector of haute horlogerie, it seems only too obvious to begin with Rolex, a sacred monster that always moves against the current tide since the brand has done so well without even presenting any substantially new models over the last few years.

The first reason that comes to mind as to why Italians continue to adore Rolex so much is that they do not expect to see any startling new creations or a continuous flow of new models from the venerable brand. Instead, they are attracted by the wonderful history of the company that knows how to valorize, both in terms of technical prowess and communication, its models such as the Submariner, Explorer and Daytona to the point where they have entered into the collective consciousness of Italy as emblematic of the perfect world. They combine technical ingenuity with distinctive design, two elements that are highly important to the Italian consumer.
After Rolex, with its five-pointed crown, is the uniquely Italian phenomenon, Panerai. This is a brilliant example of how a forgotten brand can be reborn. The Richemont Group succeeded wonderfully in a rather risky attempt to rejuvenate the brand by simply emphasizing the historical context (the company supplied instruments, torches, wrist compasses, wrist depth gauges and watches to the Royal Italian Navy during World War II) as well as the technical proficiency (the lever device that protects the crown and its remarkable water-resistance) of the brand.
The third name that is an integral part of the Italian market is Cartier, for reasons relating to the company’s inimitable style. In Italy, Cartier has become the symbol of class and refinement, going beyond the divisions between masculine and feminine products. Coming particularly to mind are the timeless models such as the Tank, Pasha, and especially the Santos (an immediate success from its very first launch to its recent re-launch).
Moving from the haut de gamme to watches considered as more ‘trend’ or ‘fashion’ pieces, things change more gradually. In this case, the watch is not so much a small masterpiece in itself, but rather it is an accessory that satisfies the most personal aesthetic needs. It is only logical that in this type of timepiece, styles and models change on a regular basis. For some time now, the most remarkable brand is Breil. Its phenomenal success certainly owes a lot to its communication strategy. Who has not heard the slogan ‘Take everything but my Breil’ı But the product itself is reliable and quality-based. Inspired from simple shapes, its design has nonetheless been very effective. Thirdly, its success is related to its very efficient distribution network.
Also worth mentioning is Fossil, which is among the most appreciated brands in Italy at the moment. A direct competitor to Breil among the nation’s youth (Swatch has more or less had its day, and is considered now as a sort of grand classic), the American brand is betting on its continuous new collections as well as their expressive variety that meets many demands. (Regarding Fossil, an article ‘The Great American Watch Company’ will appear in the upcoming issue 6/2004 in December.)
Also, we must mention the brands of the Sector Group (Valentino, Roberto Cavalli and D&G Time, in particular) that have attracted the most ‘fashion-oriented’ consumers thanks to the attentive selection of their models, which follow the stylistic trends of some of the most exuberant fashion labels on the peninsula.
Last but not least is Locman. Born on the Island of Elba, the brand has spread over a large segment of the population with its ‘urban chic’ spirit, becoming a watch made for all lifestyles and occasions, whether it be for sports, daily wear or for formal events.