SWATCH GROUP - The invigorating optimism of François Thiébaud, the boss of TISSOT


SWATCH GROUP - The invigorating optimism of François Thiébaud, the boss of TISSOT

François Thiébaud, the boss of Tissot since 1996, is beaming. And he has good reason to, it seems, since the Swatch Group’s mid-range brand sold around four million watches in 2013. Here are some excerpts from a long discussion he had with Europa Star. 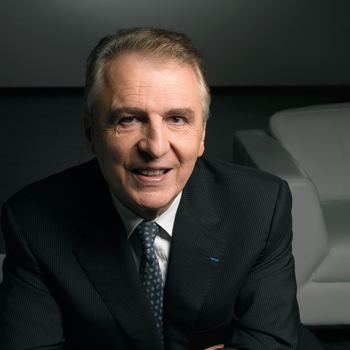 Europa Star: Recently, Nick Hayek stressed the fact that the Swatch Group is not just a luxury group but that its strength lies in the scope, the diversity and the complementarity of its range. François Thiébaud: I won’t contradict this and I know very well the importance of Tissot’s contribution to the group. But at the same time, we could say that the entire Swiss watchmaking industry is luxury. What do the 28 million Swiss watches produced each year represent as a share of over a billion watches produced each year? A trifling 3 per cent! That is luxury! What’s more, all watchmaking is luxury in a way, since apart from some very specific professions, nobody needs a watch anymore: the time is everywhere.

Nicolas Hayek had the intelligence and the intuition to create a nice basket of brands that form a genuine pyramid. In this sense, he was a visionary, because you cannot dine on caviar every day, you would die from it. But from the bottom to the top of this pyramid, it’s important to produce quality at all levels. With the Swatch in 1983 we showed that Switzerland knew how to produce quality for everyone. And it was the Swatch that helped to refinance and boost everything else. Omega, for example, would not be where it is today if Swatch or Tissot hadn’t been around.

“The product and its image need to be consistent. To achieve this, you need to respect the brand’s DNA and fully understand its history.” 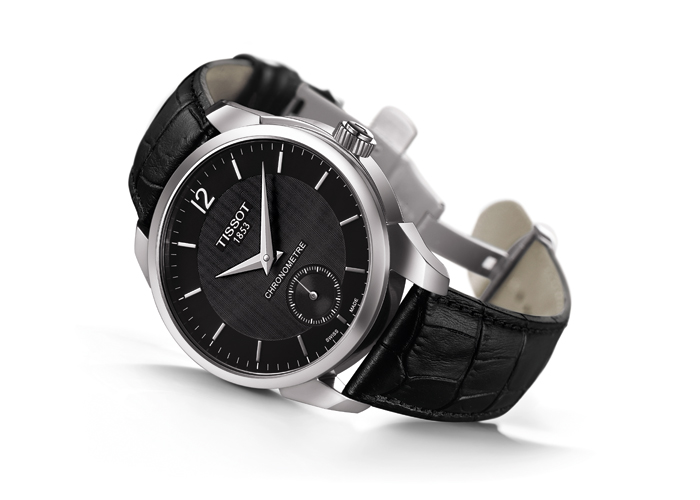 How would you define the mission that was given to you almost 20 years ago at Tissot? FT: In 1996, Tissot produced 840,000 watches. The brand was a little dusty, despite successes such as the Rockwatch. I would say it was a good Swiss watch but nothing more. But a watch cannot simply be “good”, it should have innovations, in technology, in materials, in everything that surrounds and accompanies it. The product and its image also need to be consistent. To achieve this, you need to respect the brand’s DNA and fully understand its history. In addition to technology, I have always been interested in history. When I arrived at Tissot I followed one of our adages: “Gold value at silver price”. To start applying this, I had sapphire crystals fitted to all models (which our volumes allowed us to do economically). A sapphire crystal and, inside, an ETA movement: these are already two ingredients for a very good product. But you must also try to find out what the customers want, sometimes when they don’t even know themselves. And in this context it is not so much the price that is the decisive element, it’s confidence.

The arrival of the T-Touch was no doubt important. FT: In 1997, the people from Asulab (editor’s note: the Swatch Group’s research and development laboratory) came to present their tactile technology to all the heads of the brands. Who wants it? I raised my hand and I took it for Tissot (laughs). Two years later, the watch was launched, with the success that we now know. And it worked so well because the Tissot name was behind it, with the confidence in Tissot. “Innovators by tradition”, one of our slogans says. We could even claim that it was us, with the T-Touch, who got people familiar with tactile technology. We were the precursors of the iPads and iPhones.

You talk a lot about confidence, but this is a construct and needs to be maintained over the long term… FT: Yes, absolutely, which is why the quality of after-sales service is fundamental. We constantly need to increase the confidence we have already earned. If there is a break in this confidence, then we have a problem. This is why we are always looking to optimise our service, but also our presence on the markets. This year we will close a certain number of points of sale that do not offer us sufficient quality of presentation and do not give this aura of confidence. We will go from 14,000 to 13,000 points of sale. (Editor’s note: the core range of Tissot sells for between 300 and 800 Swiss francs).

“If we manage to maintain our quality levels and keep the dream of innovation alive, there is no reason whatsoever why Switzerland shouldn’t be able to sell maybe 100 million watches a year in ten years’ time!” 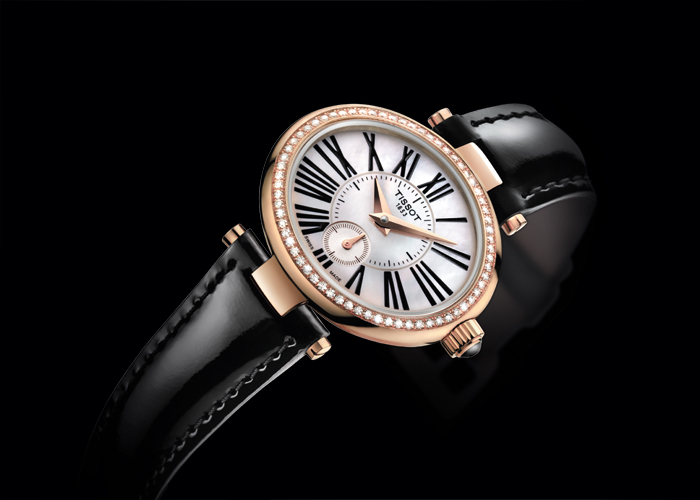 Unlike a lot of other observers, who seem a little despondent, you seem to be very confident about the future of Swiss watchmaking. FT: The volume of progression of Swiss watchmaking is simply enormous. If we draw a parallel with wines, there are good vineyards everywhere. But Bordeaux and Burgundy are the undisputed references. In watchmaking, it’s the same thing: Switzerland is the grand cru of the entire industry. In this respect I have to congratulate in passing the big French luxury groups, who did not make a mistake: they don’t do watches Made in France but Made in Switzerland. This is the confirmation of the excellence and uniqueness of our expertise. If we manage to maintain our quality levels and keep the dream of innovation alive, there is no reason whatsoever why Switzerland shouldn’t be able to sell maybe 100 million watches a year in ten years’ time! Think about all the developing countries, where purchasing power will rise inexorably, not just in Asia, the ex-USSR and South America but in Africa, too. This is also why, as the President of the Swiss exhibitors’ committee at BaselWorld, I have always lobbied for the greatest possible openness, to the entire watchmaking industry, both Swiss and foreign. An invigorating emulation.

On an unrelated note: what do you think about the arrival of smartwatches? Do you see them as head-on competition, in general and for Tissot in particular? FT: I don’t see anything negative in them. A lot of young people no longer wear a watch, so they will come back to it through smartwatches. I think they are complementary to traditional watches and that they do not have the same use. We haven’t sold fewer watches since the mobile phone arrived, even though that also shows the time.

But you can wear a smartwatch on the wrist… FT: Yes, but remember we have two wrists. Nicolas Hayek sometimes wore eight watches (laughs). But seriously, I think the more things we do related to watchmaking, the better. Including competition. In the past you had one watch for life. Today, you have five, 10 or 15 during the course of your life. Profusion creates habit, so the more there is, the better. We cannot change the measurement of time. What we need to do is dress time for the moment, trends and desires.