The 25th Shenzhen watch and clock fair was heavily coloured by the Sino-Swiss Free Trade Agreement. In the watchmaking sector particularly, the agreement has thrown the two countries into a maelstrom of hope and fear. 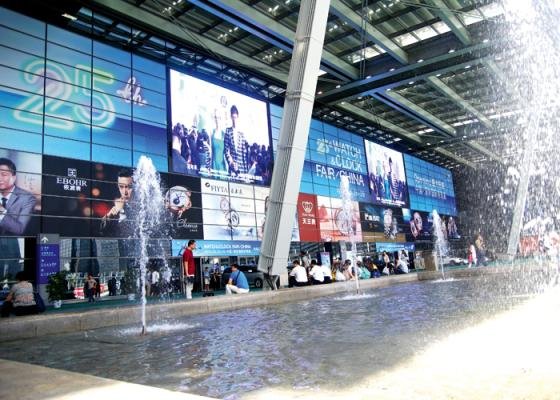 The free trade agreement between Switzerland and China came into effect on 1 July 2014. Eventually, Switzerland will extend its duty-free platform from tiny Hong Kong to the whole of mainland China. It will also place its own sales outlets in the major cities, “with the unbeatable advantage over Chinese retailers of being able to offer an additional discount of up to 35%,” noted Mengjin Wang, Chinese watchmaking expert and one of the negotiators of the free trade agreement.

With lower prices, guaranteed authenticity and high-quality after-sales service, Swiss watches could enjoy a second wind in the Chinese market. None of these advantages will apply to Chinese businesses, because of the ‘Swissness’ law according to which any ‘Swiss made’ watch must have 60% of Swiss value, “a protectionist measure that will hit Chinese suppliers hard,” warned Eddie W. H. Leung, president of the Horology Advisory Committee of the Hong Kong Trade Development Council.

Chinese leaders appear to be only just coming to grips with the Swiss political system, where power remains in the hands of the people. Thus, the federal government opened up a market, which public initiative immediately protected, making little Switzerland the big winner of this free trade agreement. Swiss negotiators are further turning the screws by demanding more respect for intellectual property from the Chinese government. In support of their position, they have a list of Chinese brands that are in breach of the ‘Swiss made’ criteria. Backed into a corner, China will be obliged to enforce its own anti-forgery laws (yes, it does have some), and it will no longer be able to hide behind the usual excuse that forgery is a ‘cultural phenomenon’. A list of offenders will be drawn up.

Chinese leaders appear to be only just coming to grips with the Swiss political system, where power remains in the hands of the people.

So what does the Chinese watchmaking industry stand to gain? According to Leung, the hope behind the agreement is that China will grow closer to Switzerland and “send Chinese employees to learn a higher standard of manufacture and repair, and also gain an understanding of Swiss mechanical technology.” This hope seems naive: they are dealing with what, since the attack of Japanese quartz, has become one of the most protectionist industries in the world. Wang, for his part, proposes bringing retired Swiss matchmaking masters to China to “help Chinese industry.” Apparently he has one candidate already lined up, a newly-pensioned former employee of a venerable Geneva-based brand.

SKILLS CAN BE BOUGHT!

But clearly, the Chinese are not pinning their hopes for the success of the agreement on a handful of retired masters and a crop of apprentices. The real plan is perhaps less obvious but far more ambitious. Let us not forget that Switzerland lies at the heart of a Europe in crisis, a Europe that is raising its protectionist barriers. Switzerland can import and export without restriction to the EU, and China will eventually be able to import and export without restriction towards Switzerland, and vice versa.

Switzerland must prepare for an influx of Chinese investors, particularly in its small- and medium-sized businesses, which are renowned for their skills but sometimes have limited capacity. 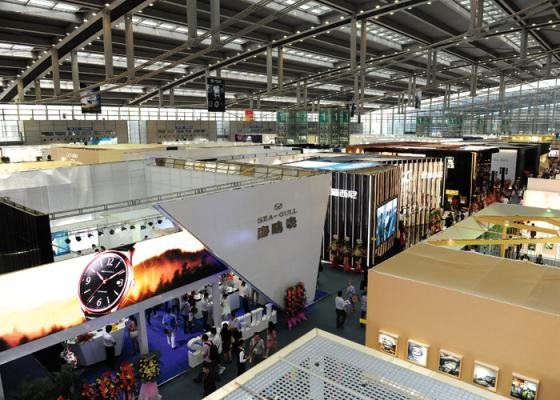 What the Chinese really want is to create a bridgehead into Europe. For the watchmaking industry, the reverse is true: they hope to buy Swiss expertise to increase the added value of Chinese watches. No one will be surprised to discover that the first member of the newly-created Swiss China Investment Platform Association (SCIPA) is the Shenzhen watchmaking federation.

This platform will help Chinese investors to find companies in Switzerland. Clearly, this will work in both directions, but Swiss companies are already among the most active investors in the Middle Kingdom, with more than a thousand Swiss firms and subsidiaries, employing more than 120,000 people.

Switzerland, in turn, must prepare for an influx of Chinese investors, particularly in its small- and medium-sized businesses, which are renowned for their skills but sometimes have limited capacity. This explains why the USAM (Union Suisse des Arts et Métiers), the powerful controlling organisation of the Swiss SMEs, was quick to accept its membership card for the SCIPA. In the aisles of the Shenzhen watch and clock fair, Chinese watches enhanced with Swiss expertise were already being showcased...

ALL QUIET ON THE SMARTWATCH FRONT

Shenzhen being one of the major production centres of electronic components, you would be forgiven for assuming that the Cantonese and Hong Kong watchmaking industry would be riding the growing smartwatch wave. At the Shenzhen watch fair, however, it was flat calm... Only Ezon, a specialist in multi-function digital sport watches, unveiled a minimally connected watch. TianBa has brought out a prototype with a dial that displays some smartphone functions.

We will also be seeing Chinese smartwatches from the mobile telephony sector, notably the brands Huawei, Miezu, Xiaomi, Lenovo, ZTE, Oppo and Coolpad. But the prevailing strategy appears to be to wait for the major American and Korean brands to make the heavy investment in perfecting the technology. A few months later, expect to find Chinese brands taking advantage of the plethora of cheap components to launch into the emerging low-cost smartphone sector.

At the Ebohr booth - a brand in the China Haidian group - we met Gaosheng Yan, deputy CEO and director of design, to discuss the new brand, Ebohr Complication (EC). Its first collection, consisting exclusively of watches with automatic movements and tourbillons, is our pick from the Shenzhen fair. 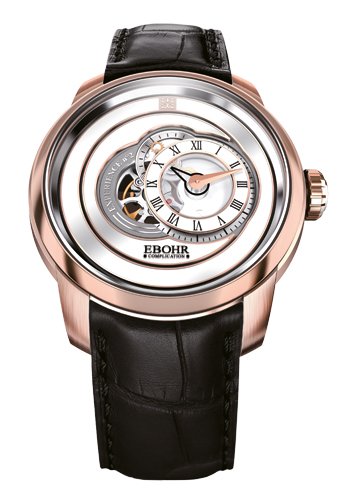 “It’s a collaborative effort between an independent Swiss design office and Ebohr’s design team. Our studio adapted the designs to the tastes of our Asian clients.”

All of the pieces are elegant, bold and impeccably tasteful. Rumour has it that this masterful design is the work of Codex’s stylists... “No, it’s a collaborative effort between an independent Swiss design office and Ebohr’s design team. Our studio adapted the designs to the tastes of our Asian clients.” Is Ebohr Complication merely a showcase, or will it have a genuine commercial presence? “EC harbours real ambitions, at an attractive price point. Our automatic models come in at 4000 yuan (approx. CHF 600), the first flying tourbillon with a Sea-Gull movement is 17,000 yuan (CHF 2,400) and the tourbillon carrousel with a Shanghai Watch Factory movement is priced at 90,000 yuan (CHF 13,000).” 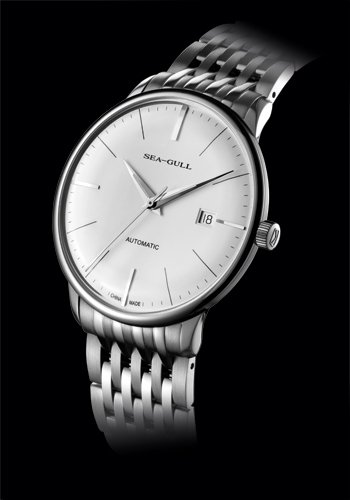 Other surprises awaited us at Fiyta, where we talked to CEO Bruce Du. The new Photographer collection is bolder than ever, with touches of colour, 3D dials and more direct references to the world of photography. It is worth noting that Fiyta was the only Chinese brand that had a booth in Baselworld’s prestigious Hall 2. 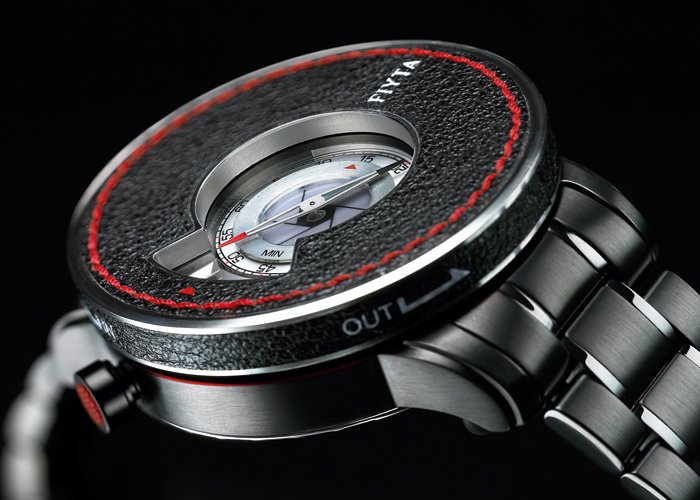 Fiyta and Ebohr clearly didn’t wait for the free trade to invest in Switzerland.

Why invest so heavily in Basel if your market is mainly in China and South-East Asia? “It was a great deal of money, but the entire watchmaking world goes to Baselworld. We already have shops in North America and one day we will also have a presence in Europe,” confirmed Mr Du. What about the joint venture with Emile Chouriet, which the group bought four years ago? “The Swiss brand remains absolutely independent, but we have just bought a movement manufacturer in Geneva to build the simple calibres that will go into our Fiyta watches. The Emile Chouriet watchmakers are supervising development,” he confirmed. Fiyta and Ebohr clearly didn’t wait for the free trade to invest in Switzerland. 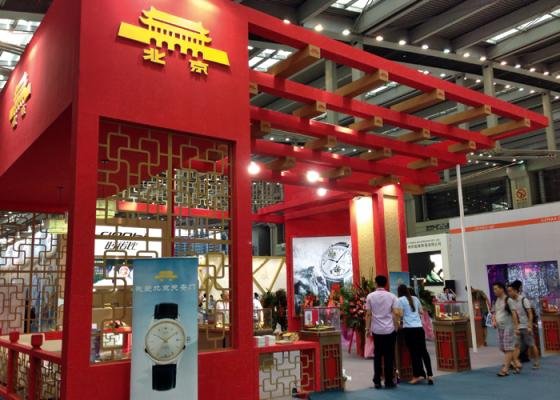 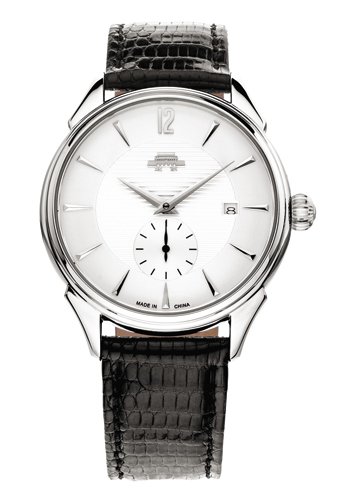 1: ETA is supplying fewer mechanical movements to third-party clients, which often have nowhere else to turn and therefore risk going out of business. Fiyta - a client of ETA for its high-end movements - faces the same problem, but intends to solve it by manufacturing its own movements in Switzerland. With the added impetus of the free trade agreement, we can expect to see other Chinese watchmaking heavyweights do the same. We could be looking at Swiss development and assembly, using Chinese components, with “Swiss movement” etched on the dial! For the Chinese market, this represents significant added value, as its clients will have the assurance of a reliable engine under the hood. And it is a formidable weapon with which to contemplate conquering the markets of the whole world... A little like hallmarks, the ‘Swiss made’ label (60% of national value) and the Swiss crossbow (70%) will primarily protect the products of the major watchmaking groups and high-end manufactures, but not the smaller players.

2: Has anyone considered the effects of a sudden imposition of Chinese-style management on the sleepy little Swiss companies? We have already witnessed a violent culture clash between the China Haidian group and the managers of its Swiss brands (Corum, Eterna, Codex).

3: If Switzerland were effectively to become a Chinese bridgehead into Europe, would it not be criticised for abusing the system and accelerating de-industrialisation in Europe? Has anyone thought of the reactions, the reprisals even, that Brussels could impose on Berne?

Hong Kong is the primary export market for Swiss watches. The reason is its geographical location, combined with fiscal policies that make it China’s duty-free outlet and the distribution centre for the whole of South-East Asia.

A mecca for tourism, the former British colony is stuffed with watch shops, and the temptation to buy is strong. All the more so since its sales personnel are highly qualified and credibility is guaranteed. However, under the free trade agreement mainland China will reduce customs levies on imports of Swiss watches by 60% over the next ten years: 18% in the first year and 5% over the subsequent nine years. In the short term, China and Hong Kong will apply the same tariffs.

Some brands are already anticipating this, noted Mengjing Wang. “The LVMH group has already levelled the prices of its Swiss watches in both zones.” If Hong Kong is to remain a major watch market, its service capabilities will make all the difference. To be continued...