MANUFACTURE - MÉTIERS D’ART:
Has the Industry GONE TOO FAR?


MANUFACTURE - MÉTIERS D’ART:
Has the Industry GONE TOO FAR?

Métiers d’art has never been more popular. Is it over-exposed and what does the future hold?

Métiers d’art literally means art and crafts. In watchmaking however, it has come to mean arts that have been resurrected and reintroduced, via limited edition or bespoke timepieces. 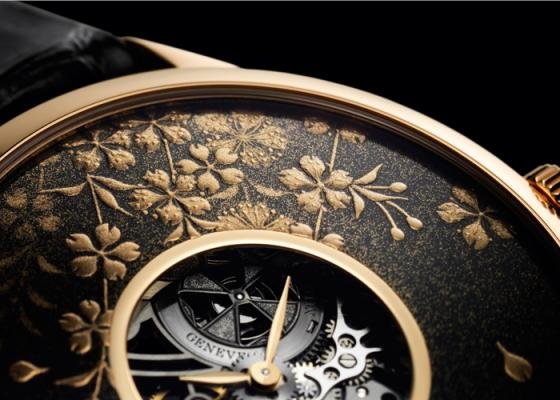 For some time, métiers d’art had been missing from watchmaking and Vacheron Constantin is generally credited with its reintroduction when it debuted its ‘Masks’ series of limited edition timepieces. Ulysse Nardin also was instrumental in recapturing artisanal enamel production early in its re-launch by the late Rolf Schnyder. To date, there have been some truly incredible métiers d’art timepieces, from enamel to scrimshaw, from feathers to wood marquetry, and many companies have become involved in métiers d’art as its popularity has risen. But have we gone too far? Are there too many métiers d’art timepieces on the market? Europa Star decided to go to the leaders of métiers d’art and find out.

Christian Selmoni, Vacheron Constantin’s Artistic Director, believes that the rediscovery and interest for métiers d’art is a natural evolution of watchmaking. “Since the nineties and the come-back of mechanical watchmaking, many brands have concentrated their efforts on ‘technical’ watchmaking, i.e. watches with complications and additional functions. Then, some eight or ten years ago, the traditional decorative crafts used in the watchmaking field have been re-discovered, since the métiers d’art are representing a very exciting challenge, not on the technical side of things, but rather on the decorative side. Some creations are truly spectacular and this is one of the reasons for this success. Needless to say that Vacheron Constantin has used decorative crafts since the very beginning in 1755.” 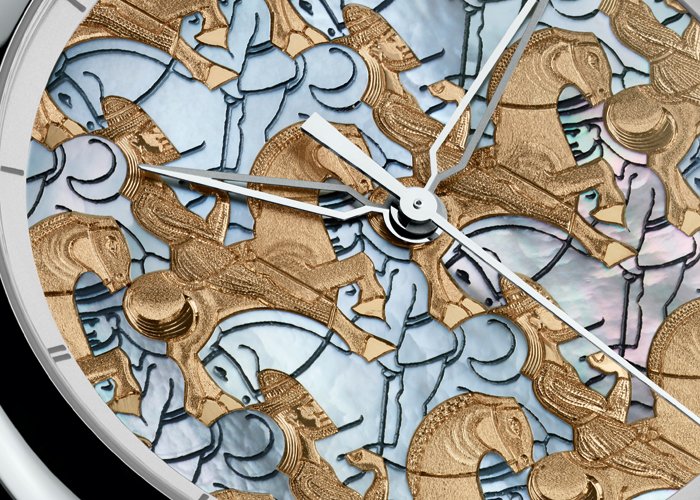 “Some eight or ten years ago, the traditional decorative crafts used in the watchmaking field have been re-discovered.” Christian Selmoni

The rise in popularity of métiers d’art coincides with the desire of customers to have something that no one else has. “Today, people are looking for handmade timepieces and also uniqueness,” says Christian Lattmann, Vice-President, Jaquet Droz. “It’s important for customers to know that only a few people will be able to get that timepiece. It became popular in terms of communication, but very few manufactures actually integrate artisanship and hand finishing in their collections, as Jaquet Droz has done.”

The tradition of métiers d’art in watchmaking is quite strong and its rediscovery makes complete sense, according to Sebastien Chaulmontet, Head of Development, Arnold & Son. “Historically, métiers d’art and fine watchmaking have always been closely linked,” he elaborates. “Haute Horlogerie is about complicated and refined movements but also about refined, hand-crafted dials, cases and more. Therefore it is quite natural that as Haute Horlogerie is popular, métiers d’art are also en vogue. In addition, while important markets like the Middle East have always been attracted by métiers d’art pieces, some markets, like China, have rediscovered them - in the 18th and 19th centuries, China was one of the biggest markets for decorated watches.”

Classicism and tradition is a strong trend today, with customers looking for value and long-lasting appeal. “Today, there is a general tendency to go back to the origins of watchmaking because of its authenticity,” says Pascal Raffy, owner and chairman, Bovet. “Collectors are seeking traditionally unique timepieces where craftsmanship is present. The 20th century industrial era unfortunately brought a decline in the decorative arts, to the point where the expertise of enamellists and miniature paintings almost vanished forever. Only a very few exponents proved able to safeguard these crafts that had so greatly contributed to gaining Switzerland international recognition for the infinitely meticulous discipline of its artisans. Bovet belongs to this rare breed.”

HAVE WE GONE TOO FAR?

With so many companies practicing métiers d’art, has it lost its cachet? Patrik Hoffman, president, Ulysse Nardin, thinks it has. “I compare it to a decade ago with the term manufacture,” he says. “The word is not the same as it used to be, and the same is happening with métiers d’art. It’s popular, but I don’t think that is a great word. There are hundreds of different kinds of métiers d’art and there is a danger that the consumer will discount the value of métiers d’art.” 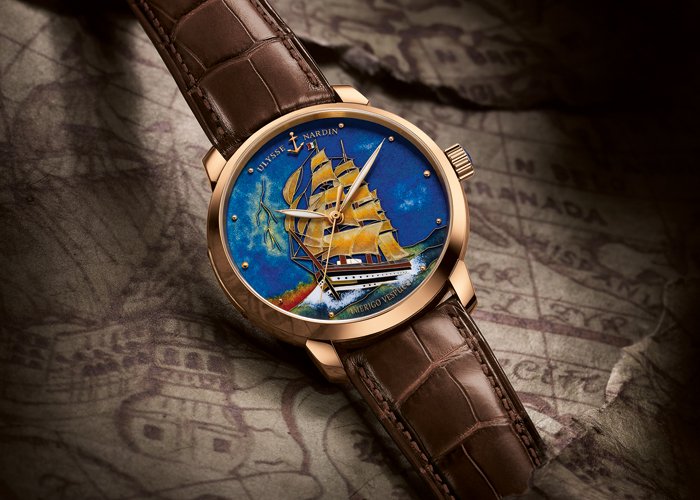 Every year, companies bring to market watches that astound and surprise, including métiers d’art timepieces featuring techniques heretofore undiscovered. “At Jaquet Droz we truly believe in our craftsmen,” explains Lattman. “They work very closely with the design department. Both teams bring their ideas and suggestions about what kind of métiers d’art they could use. Then we come to a consensus on which métiers d’art to use.”

“Every new technique should be welcomed as long as it adds something beautiful.” Sebastien Chaulmontet

It seems that métiers d’art techniques are only limited by the imagination of the artisans. “There is no limit to creativity,” says Arnold & Son’s Chaulmontet.“On the contrary, the more brands developing new techniques or new designs, the better and more interesting métiers d’art will become. It is a bit like a competition of who will do the most beautiful métiers d’art watches. Like with any other art, you can never have too many painters or engravers. Every new technique should be welcomed as long as it adds something beautiful. The decorative arts are a never ending quest for new techniques and patterns.” 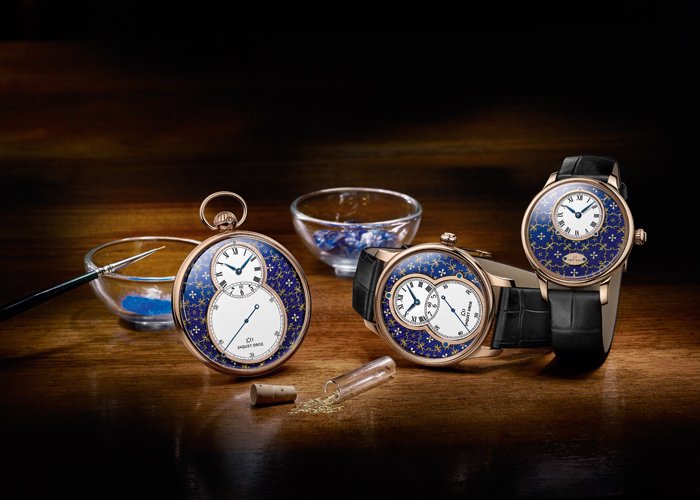 The ‘paillonnage’ craft by Jaquet Droz

As new techniques and materials are re-discovered or created, it only deepens the appeal and the challenge for watch brands. “For Vacheron Constantin, the métiers d’art are a legitimate expression of the brand,” says Selmoni. “They allow us to present stunning watches that embody creativity, the finest craftsmanship, and of course such watches also testify Vacheron Constantin’s watchmaking art. We always have in mind our four historical crafts that are traditional, yet still offering the possibility to open new horizons and design expressions. The choice of using one specific craft rather than another one is often driven by design aspects and sometimes technical considerations – such as the maximal thickness of a case or dial, for example.”

THE FUTURE FOR MÉTIERS D’ART

“The métiers d’art are the safeguard of our heritage, it is therefore our duty to maintain craftsmanship alive and to pass on our passion for the watchmaking arts to future generations, persevering and nurturing skills and traditions that were threatened in the past by industrialization and over which today the shadow of globalization still looms,” says Bovet’s Raffy. “Métiers d’art is worth doing because it’s about protecting the heritage of traditional craftsmen’s skills such as engraving and miniature painting. Today, Bovet is preserving the future of watchmaking’s decorative arts, a field in which many skills were otherwise destined to disappear forever.” 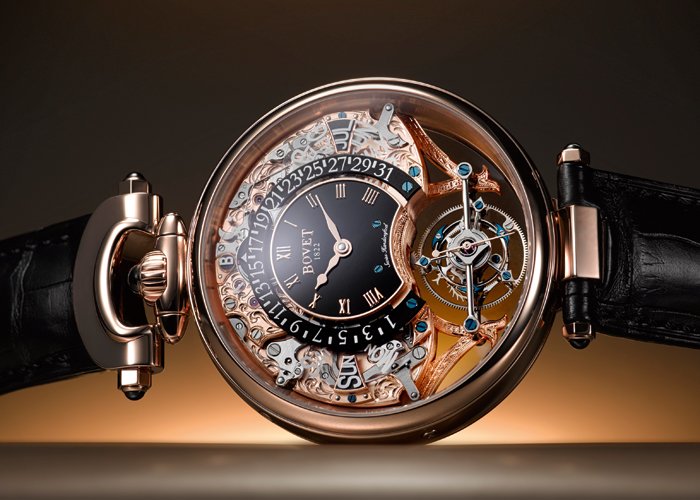 Keeping the decorative arts alive requires investment in the artisans, whether they be in-house or independent. “Métiers d’art watches are a true opportunity to demonstrate exceptional creativity,” says Selmoni. “Each series presented by Vacheron Constantin has a story to tell - for example, in 2014, métiers d’art ‘Fabuleux Ornements’ invites us to a journey in the world of ornaments through 4 different cultures. The métiers d’art also reinforce our global image - we are not only watchmakers, but also gem-setters, enamellers, guillocheurs and engravers. Vacheron Constantin’s métiers d’art watches will remain rare, exclusive, and incorporate the highest level of craftsmanship. Our clients, worldwide, appreciate this product philosophy.” 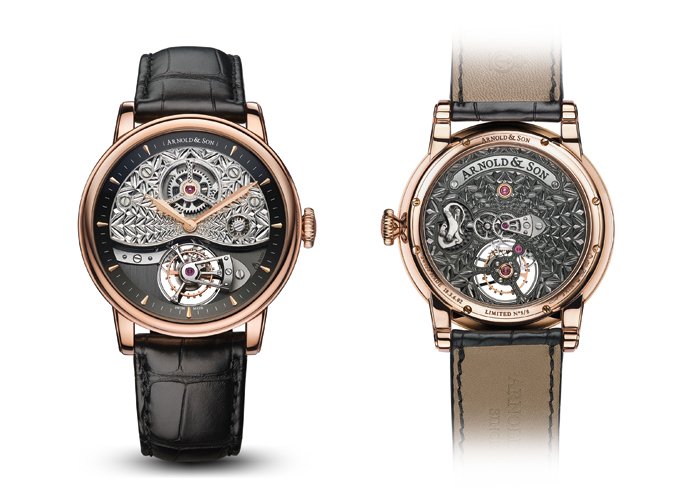 Given the commitment and the investment in métiers d’art by many of today’s best brands, don’t expect its use to decline. The bottom line is that when the métiers d’art are expertly produced, the results are spectacular and worthy of admiration.

Christian Selmoni, Vacheron Constantin: “It’s truly difficult to choose only one craft... however, I would say that engraving is particularly fascinating, as it seems that there is no limit for creativity in dimensions, shapes and figures.  Vacheron Constantin’s open-worked novelties presented at the SIHH 2014 such as the Métiers d’Art Mécaniques Ajourées are watches that I particularly admire, where the engraving highlights the sculptural work on the movement. The engraver’s technique is reinvented to resemble that of the sculptor, revealing fascinating light effects conveyed through a three-dimensional architecture.”

Pascal Raffy, Bovet: “The height of luxury is to own a bespoke timepiece that combines together several métiers d’art and therefore I would say that one of my favourite timepieces illustrating the métiers d’art is a uniquely customized Amadeo Virtuoso III Tourbillon in white gold with Retrograde Perpetual Calendar with personalized engravings and a miniature painting on the reverse side of a 19th century Bovet pocket watch painting reproduction of ‘The Madonna and child’. This exceptional timepiece is a symbol of Bovet’s heritage in unique traditional arts.”

Sebastien Chaulmontet, Arnold & Son: “We especially like, and use a lot, hand-engraving and miniature painting. But we are also open to all kinds of other techniques. We always choose the best technique to achieve the aesthetic goal we have in mind. It is never about the technique itself but about the aesthetical result and final product.”

Christian Lattmann, Jaquet Droz: “I particularly appreciate the paillons (thin gold flakes used to decorate in enamelling) but probably because it is a mix of two methods and also because it is directly linked to Jaquet Droz’ heritage. It is absolutely fascinating that we actually produce contemporary timepieces using original paillons that were hand crafted in the 18th century. And the method is quite complicated. The craftsman has to master the enamel technique and has to be very precise when placing the gold leaf on the liquid enamel. It has to be perfectly symmetrical.”